Ellen Lloyd - AncientPages.com - Our ancestors often wrote books and manuscripts that contained cryptic messages. As previously mentioned on Ancient Pages, many mysterious ancient manuscripts with hidden secrets have been discovered over the years.

Sometimes, while examining ancient manuscripts researchers found hidden text or ghostly faces. On other occasions old documents related stories of enigmatic, unknown places or incredible events that took place in the distant past.

Using very sophisticated multispectral imaging methods, scientists have been able to decipher text layers in manuscripts, which were superimposed on each other. Our modern technology helps us to unravel many mysteries of the past and we can gain a better insight into what ancient people believed and valued. 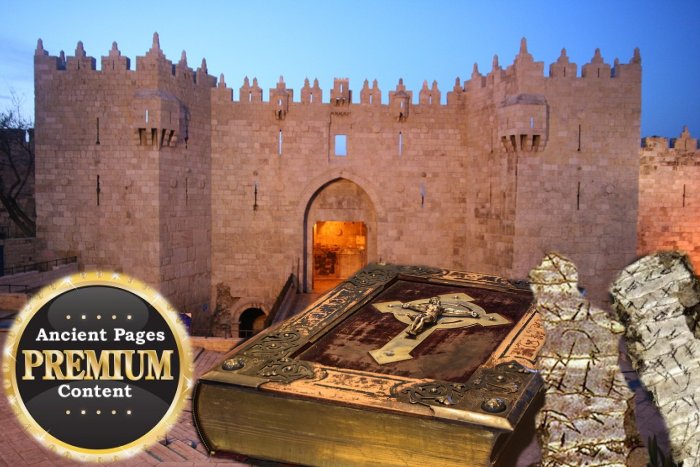 Of course, we should not forget that archaeologists have discovered not only ancient books, manuscripts and scrolls with hidden messages and cryptic texts. There are also artifacts with concealed messages. Some have been deciphered, while others remain an unsolved ancient enigma.

There could be many reasons why ancient people wrote cryptic messages. Religious or other kind of persecution, for example often forced people to use secrets signs and hide texts in sacred books, manuscripts or other objects.

Many Samurai had swords with secret crucifixes and hidden Christian symbols to avoid persecution.

Early persecuted Christians used many secret symbols and one of them was known as the Ichthys. There are countless such examples.

Sometimes, our ancestors felt they wanted to convey a message to future generations, but only much later. There are also mysterious ancient texts that were never meant to be read, and these are today’s subject.

Why would anyone bother to write text on artifacts hoping the message was never found? What was the purpose of such mysterious ancient inscriptions?

As we are about to find out, there was an important reason.

Our journey takes us to the heart of the Holy Land where we learn about intriguing discoveries made by Biblical archaeologists and scholars.