A. Sutherland - AncientPages.com - “Do not move an ancient boundary stone set up by your forefathers,” says the Bible book of Proverbs 22:28.

Boundary markers for the property are a very old concept and the Babylonians had the so-called 'kudurrus', stone steles that were sculpted and carved with inscriptions. They were important not only for economic and religious reasons but also as almost the only works of art, which survived from the period of Kassite rule in Babylonia (c. 16th-c. 12th century BC). 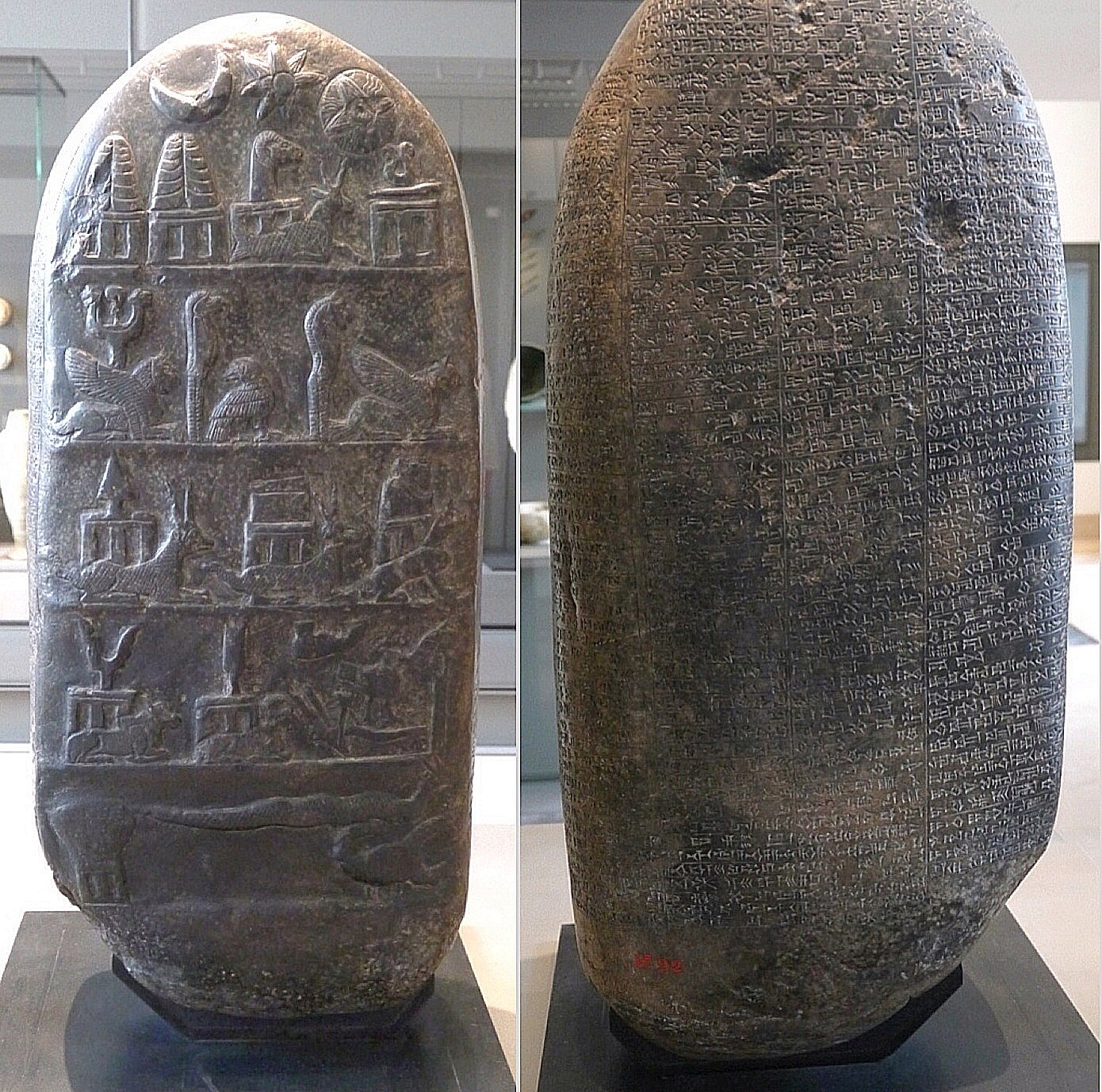 Kudurru of Melishihu. Louvre, Paris. The artifact was found during the French excavations at Susa.

A stone document called kudurru (Akkadian: "frontier," or "boundary"), was inscribed with records of land grants and gifts made by various kings of the Kassite dynasty.

The Kassites first appeared during the reign of Samsu-iluna (1749–1712 BC), son of Hammurabi of the First Babylonian Dynasty and after being defeated by Babylon, moved to control the city-state of Mari. Some kudurrus are kept in the Louvre in Paris and others in the National Museum of Iraq.

This kudurru is dated to the reign of King Melišipak (or alternatively Melišiḫu, who was the 33rd king of the Kassite or 3rd Dynasty of Babylon ca. 1186-1172 BC and he ruled for 15 years. The stone records a land grant to Marduk-apla-iddina, who was his son or successor.

It is worth noting that Meli means servant or slave, Šipak was a moon god, but Šiḫu was possibly one of the Kassite names for Marduk, patron God of Babylon.

On the front of the Kudurru, there is a depiction of the entire pantheon of gods who preserve the order of the world.
The artist has used a formula that was later to be developed on other kudurrus, presenting the symbols associated with each deity in hierarchical rows. 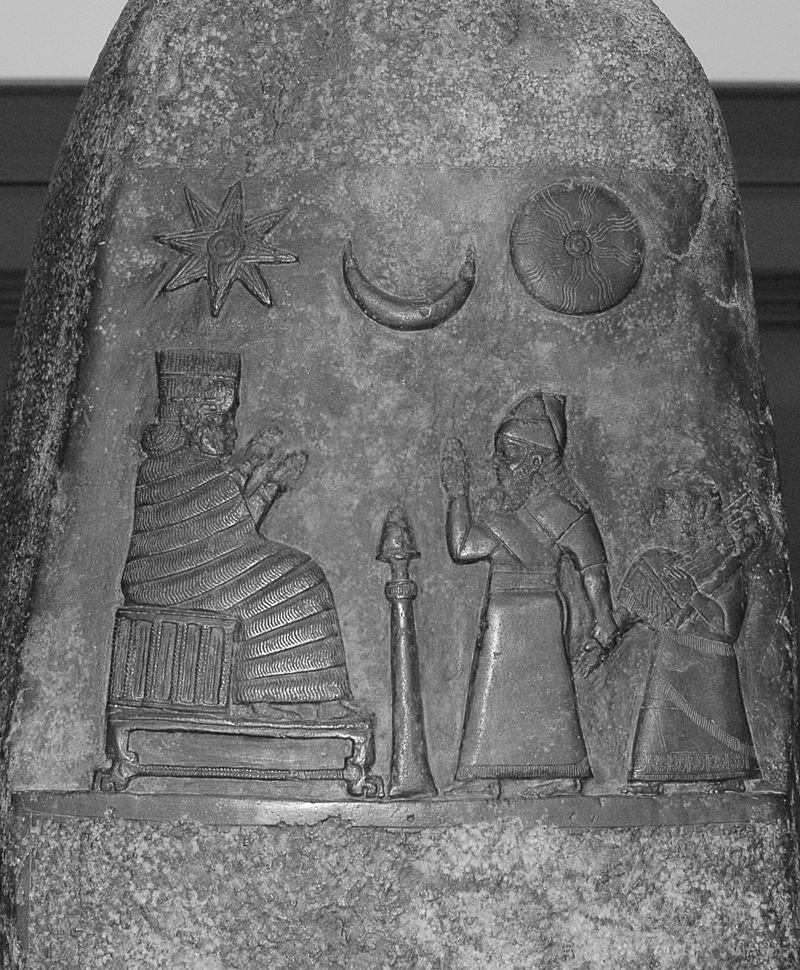 This is another Meli-Šipak-dated kudurru depicting the king presents his daughter to the goddess Nannaya. The crescent moon represents the god Sin, the sun the Shamash, and the star the goddess Ishtar. Kassite period, taken to Susa in the 12th century BC as war booty. Credits: Louvre/Wikipedia

These lists of donations were placed under the protection of the greatest possible number of gods, most often represented in their symbolic form and arranged according to the hierarchy of the pantheon.
However, at the top, are symbols of the three heavenly gods; Sin (moon), Shamash (sun), and Ishtar (Venus), in order of their position in the heavens, rather than their importance.

They were surpassed by the supreme triad:
Anu (sky), Enlil (air) symbolized by their horned crowns, and Ea (freshwater from the abyss), symbolized by a kind of sceptre carried by a goat-fish.

Below we find the emblems of several other gods; that of Marduk, patron god of Babylon, is identifiable as a pointed hoe placed on a stand and the serpent-dragon which guards the underworld of the god.
The same dragon carries the scribe's stylet, which is the emblem of Nabu, Marduk's son. These emblems were difficult to interpret, even for the ancients who sometimes inscribed the name of the gods symbolized next to the symbols themselves.

On the other side of the artifact, there is cuneiform writing describing the gift and the responsibilities to the king as a result of the gift. This is followed by a section calling down a divine curse on anyone who opposed the gift.

Thus, the gift was not only recorded and displayed for all to see but also placed under divine protection.
The original kudurrus were precious in Babylon and therefore, kept in temples where they would be visible to both worshipers and gods, while their clay replicas were given to the landowners to be placed on the land.