A. Sutherland - Ancient Pages.com - In Greek mythology, the Stymphalian Birds with beaks and wings of iron looked like winged maidens with birds’ feet. While shape-shifting into sirens, they lured people into the swamps.

Their droppings were poisonous and sharp iron feathers could easily kill and wound people and herds whenever they wanted. 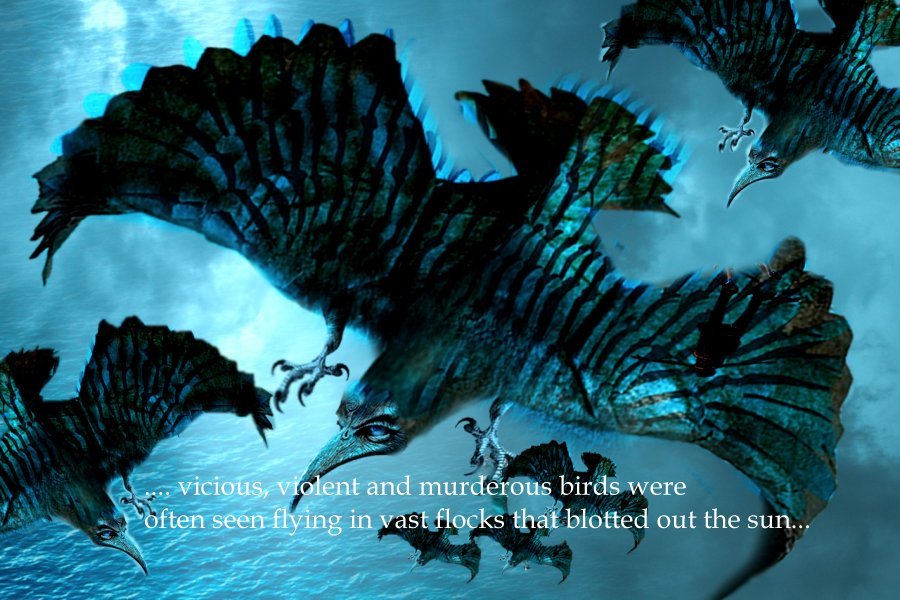 Sacred to ancient Greek god of war, Ares (also known under Roman name: Mars), these huge 4 feet tall birds when perching, had a wingspan of 8 feet or more, brass beaks, metallic feathers they could shot like arrows and razor talons.

They were native to the Arabian Desert, where they preyed upon large and strong animals such as panthers and lions but they feared the wolves. The creatures dwelled in the swamps around Lake Stymphalus in the north-eastern Arcadia, which according to Greek/Roman was an earthly paradise and land of Pan, the god of woods, fields, and flocks. 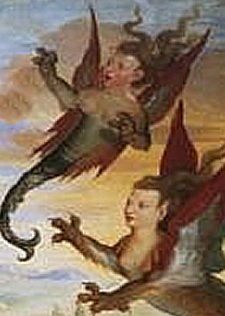 These terrible raptors are described in different ways, but in ancient Greek legends, they are most commonly presented as vicious, violent and murderous birds often seen flying in vast flocks that blotted out the sun.

Heracles (‘Hercules’, the Roman adaptation of the Greek divine hero), was the strongest of all mortals and even stronger than many gods.

He was ordered by Eurystheus the king of Mycenae, to eradicate the flocks of flesh-eating killer birds.

A rattle with a horrifying noise was constructed by Hephaestus, the blacksmith of the gods and with this magical device, Heracles accomplished his task.

He scared the birds away so they left and never returned, (in another version of the story, Heracles shot them down with his arrows).

It is said that the remnants of these most feared creatures found refuge on the Island of Ares in the Black Sea, where they met with by the Argonauts, who accompanied Jason on his search for the Golden Fleece.

Dictionary of Greek and Roman Biography and Mythology