Ellen Lloyd - AncientPages.com - Many ancient mysteries surround the Yaghan people of Tierra del Fuego, an island near the southern tip of South America.

The Yaghan established many settlements within Tierra del Fuego and their activities in the region can be traced back several thousands of years, but it remains unclear where these people originally came from. 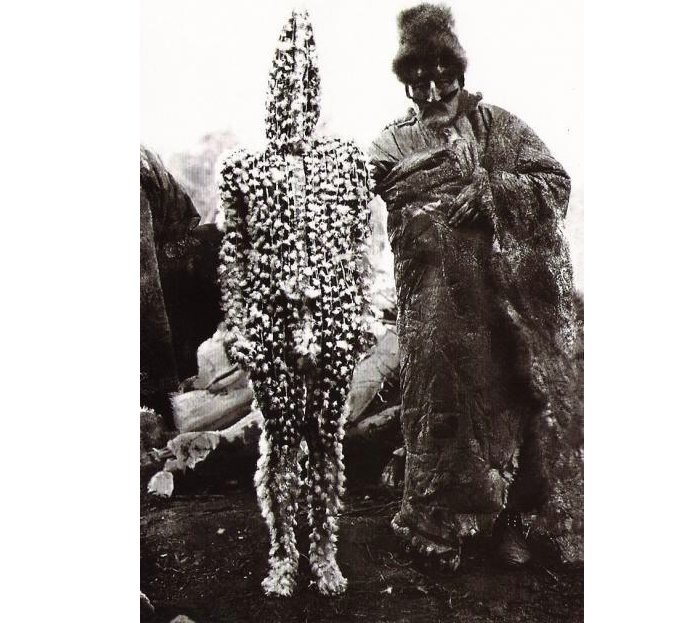 The Yaghan people are unusually cold-resistant and possess a body temperature a full degree higher than other people. Equally intriguing are their remarkable ancient paintings, customs, and traditions. A controversial theory suggests the Yaghans’ first ancestors may have been Australian Aborigines who were the true first discoverers of America.

The Yaghan People And Their Unusual Adaptation To The Cold

The Yaghan were traditionally nomads, who were hunter-gatherers. They traveled by canoes between islands to collect food. Due to their home on these southern islands, they are often referred to as the “southernmost people in the world”.

They lived in dome-shaped buildings heated by fire and prior to European colonization, they wore no clothing and often slept outside despite the bitter cold of their environment.

Spanish explorers came upon the area around Tierra del Fuego in the early sixteenth century, but it was not until the 19th century that Europeans started to be interested in the zone and its peoples. The Yahgan were estimated to number 3,000 persons in the mid-19th century when Europeans started colonizing the area. 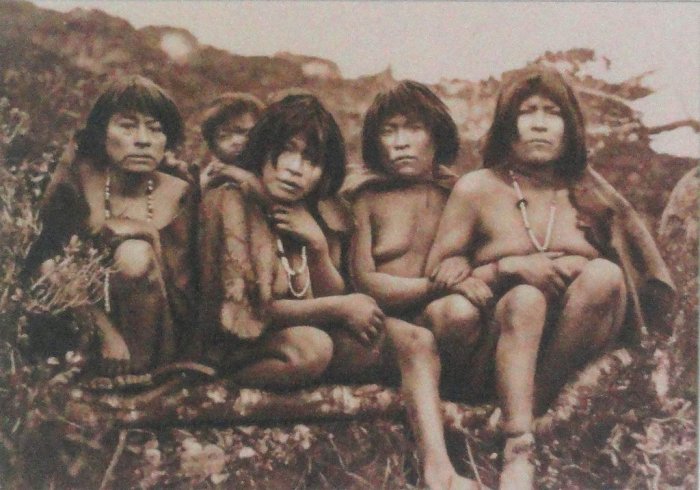 When Europeans first encountered the Yaghan people they were amazed how these indigenous peoples of the Southern Cone could adapt to the cold.

Although it rained all the time, and temperatures were often in the 30's and 40's, the Yaghan people seemed completely comfortable with virtually no clothes, and often slept in the open and swam in the ocean.

Supposedly, the Yaghan possess a body temperature a full degree higher than other people. This seems plausible given their seemingly superhuman resistance to cold, but the source of the claim is unknown, and it may be impossible to verify, for there is only a single pure-blooded Yaghan left alive today, "Abuela" Cristina Calderón who lives in Chilean territory. She is the last native speaker of the Yahgan language.

The Yaghan People And Their Devastating Contact With The Europeans

The Yaghan population was devastated by European diseases in the 19th century. 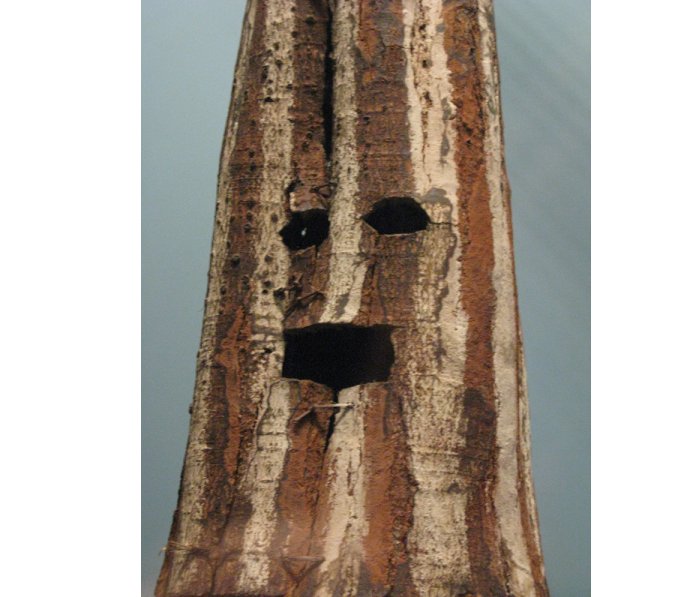 The English established missions at Keppel Island in the Falklands, and Ushuaia on Tierra del Fuego, in an effort to teach the natives English, Christianity, and farming. The Yahgan suffered disruption of their habitat in the late 19th century when waves of immigrants came to the area for the gold rush and a boom in sheep farming. They did not understand the British concept of property and were hunted down by ranchers' militias for the offense of "poaching" sheep in their former territories. As of 2002, only 1,685 people of Yaghan ancestry remain in Chile.

In 1999, Brazilian anthropologist Walter Neves and his science team discovered an ancient skull that challenged our modern understanding of migration to America.

The fossilized cranium of a young woman, nicknamed Luzia found in the state of Minas Gerais called Lapa Vermelha was identified by Brazilian scientists as the oldest human remains ever recovered in the Western Hemisphere.

Luzia was about twenty years when she died and she appears to have perished in an accident or perhaps even from an animal attack.

A reconstruction of her cranium undertaken in Britain this year indicates that her features appear to be Negroid rather than Mongoloid, suggesting that the Western Hemisphere may have initially been settled not only earlier than thought but by a people distinct from the ancestors of today's North and South American Indians. 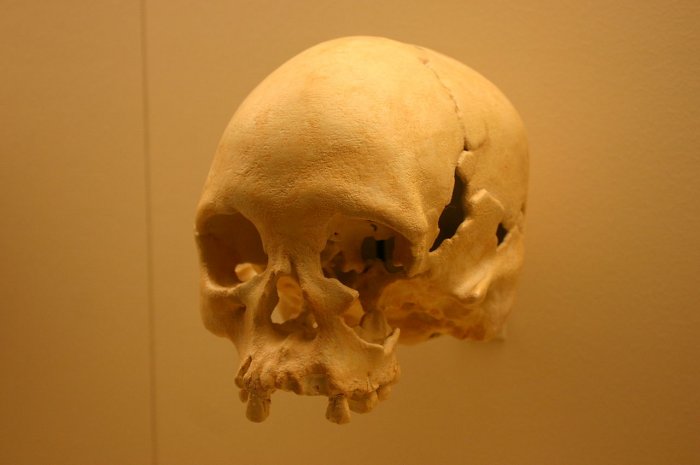 A cast of Luzia's skull at the National Museum of Natural History.

''We can no longer say that the first colonizers of the Americas came from the north of Asia, as previous models have proposed,'' Dr. Walter Neves said.

''This skeleton is nearly 2,000 years older than any skeleton ever found in the Americas, and it does not look like those of Amerindians or North Asians.''

If the date is confirmed, the find could transform thinking about the peopling of the Americas.

Until Luzia, named as a playful homage to Lucy, the 3.2-million-year-old human ancestor found in Africa, the oldest known human remains recovered in the Western Hemisphere were those of a woman found in Buhl, Idaho, and repatriated to the Shoshone tribe in 1991. Radiocarbon dating tests have established the age of that skeleton as a bit more than 10,000 years old.

Dr. Neves suggests that Luzia belonged to a nomadic people who began arriving in the New World as early as 15,000 years ago. 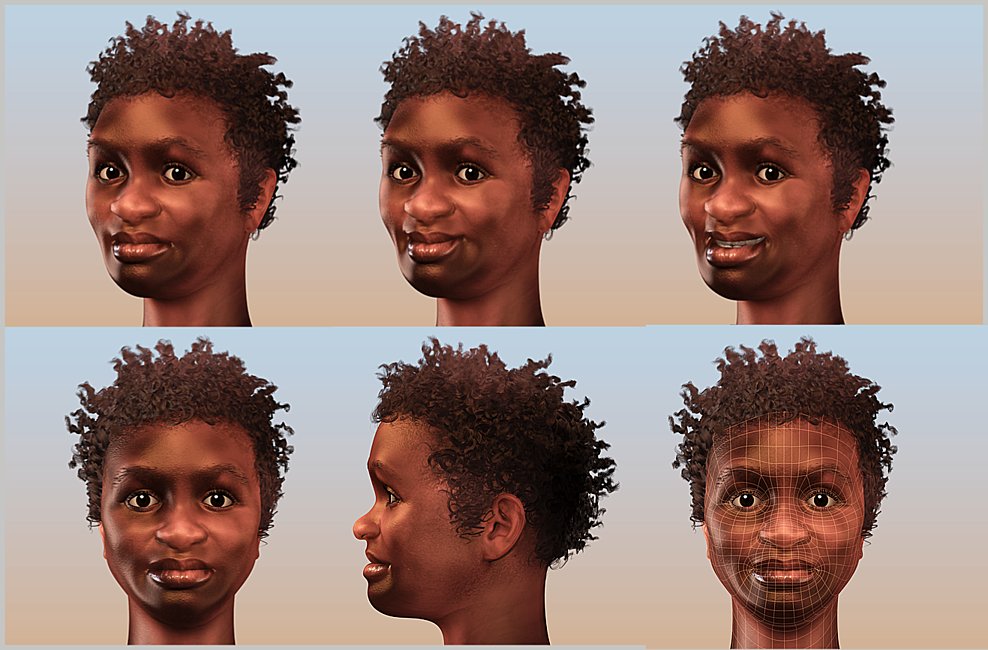 The earliest known human skulls in South America, from 12,000 to 6,000 years old, are similar to those of indigenous Australians. They do not resemble those of the Clovis people, who crossed into North America from Siberia via the Bering Land Bridge around 15,000 years ago, and are generally considered the ancestors of all indigenous New World peoples.

Circumstantial evidence that Australians may have reached South America first also includes bones painted with red ochre as the Aboriginal Lake Mungo remains, and the rock shelters of Pedra Furada in Brazil, which contain stone artifacts dated as old as 60,000 years, roughly the same age as the first signs of human activity in Australia.

Among living South American Natives, the Yaghan and other peoples of Tierra del Fuego are the only ones to retain such Australoid features. DNA studies support Neves’ theory, showing a mixture of Siberian and Australian genetic markers among Fuegians.

This means that if Dr. Neve’s theory is correct, more than 12,000 years ago, Australoid peoples either migrated through northern Asia and North America without leaving a trace, crossed the Pacific Ocean directly by boat, or island-hopped from Australia to Antarctica and then to South America.

Who discovered America has been debated for a very long time. Over the years it has been suggested that the ancient Chinese, the Vikings, the Arabs, The Africans, the Italians, the British, or the Polynesians among others were the first to set foot on the shores. Whoever came first in ancient times remains unknown, but it was not Christopher Columbus.

Astonishing Masks And Bodypainting Of The Yaghan

The masks and bodypainting of the Yaghan (sometimes also called Yamana) people are truly astonishing and very unusual and closely linked to their mythologies and ancient rituals. 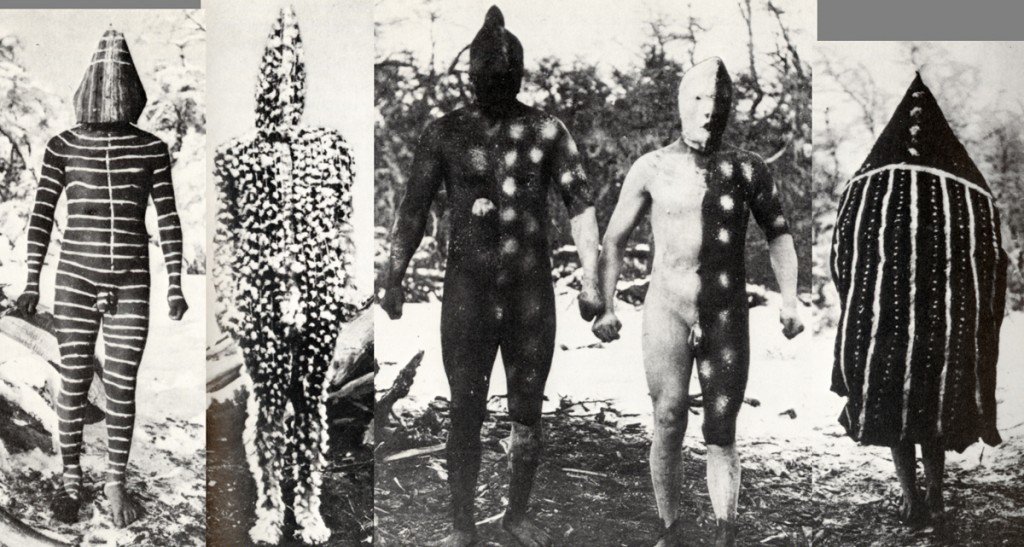 The masked figures appeared in initiation rites and were used to impersonate powerful spirits. Worn by already initiated members of the men's lodge, they would appear to the younger male initiates as manifestations of spirits they were raised to be fearful of and the effect would be truly startling. The initiates would have to fight the spirits and unmask them to learn the truth, and then they would be told the story of world creation and the origin of the masks:

In the time of the Ancestors, all things walked the earth as people. The Sun, the Moon, the Mountains were all people.

Women ruled, and to maintain their rule they created a secret lodge. Led by Kra, the Moon woman, they would wear bark masks and bodypaint themselves and they would appear to the men so disguised, saying they were the powerful spirits who stayed with the women in their lodge. They would frighten the men and order them to stay away. Kran, the Sun man, discovered the deception. He and the men chased, beat, and killed the women. Then they created the men's lodge and their own spirit masks and disguises.