Jan Bartek - AncientPages.com - Findings inside a cave named Lapa do Picareiro, located near the Atlantic coast of central Portugal have just re-written history.

Studies of tools found in the cave reveal modern humans arrived in the westernmost part of Europe 41,000—38,000 years ago, about 5,000 years earlier than previously thought. 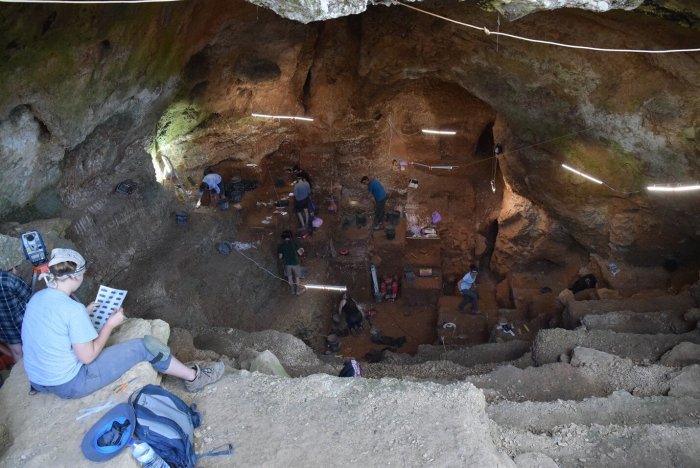 View of Lapa do Picareiro looking in from the entrance. Credit: Jonathan Haws

The discovery supports a rapid westward dispersal of modern humans across Eurasia within a few thousand years of their first appearance in southeastern Europe.

The tools document the presence of modern humans in westernmost Europe at a time when Neanderthals previously were thought to be present in the region. The finding has important ramifications for understanding the possible interaction between the two human groups and the ultimate disappearance of the Neanderthals.

"The question whether the last surviving Neanderthals in Europe have been replaced or assimilated by incoming modern humans is a long-standing, unsolved issue in paleoanthropology," said Lukas Friedl, an anthropologist at the University of West Bohemia in Pilsen, Czech Republic, and project co-leader. 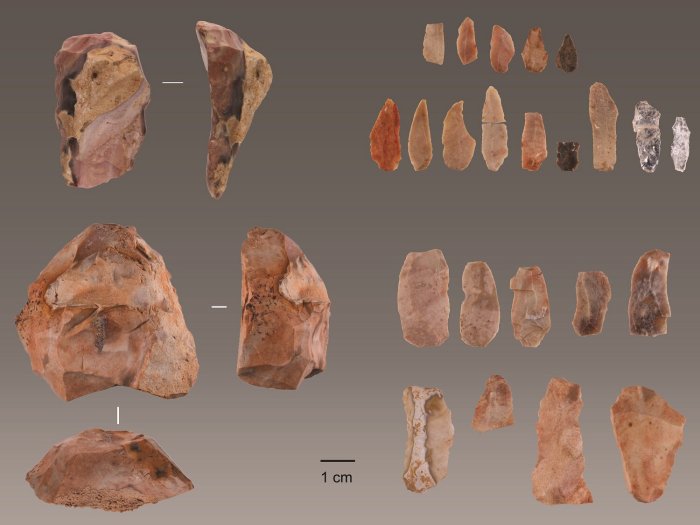 "The early dates for Aurignacian stone tools at Picareiro likely rule out the possibility that modern humans arrived into the land long devoid of Neanderthals, and that by itself is exciting."

Until now, the oldest evidence for modern humans south of the Ebro River in Spain came from Bajondillo, a cave site on the southern coast. 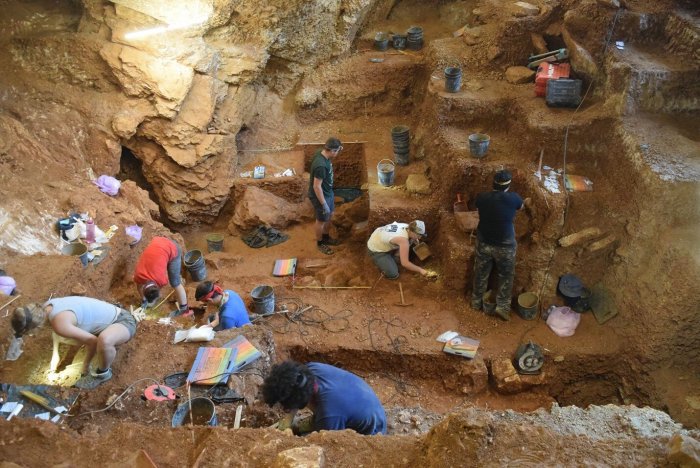 View of the excavation of the early modern human (foreground) and Neanderthal layers (background) of Lapa do Picareiro. Credit: Jonathan Haws

"Bajondillo offered tantalizing but controversial evidence that modern humans were in the area earlier than we thought," Haws said in a press statement.

"The evidence in our report definitely supports the Bajondillo implications for an early modern human arrival, but it's still not clear how they got here. People likely migrated along east-west flowing rivers in the interior, but a coastal route is still possible."

The Picareiro cave has been under excavation for 25 years and has produced a record of human occupation over the last 50,000 years.