AncientPages.com - On October 6, 1536, William Tyndale who wanted the Bible to be available yo all people, was burned at the stake. He was an important figure in Protestant reform in the years leading up to his execution.

Tyndale was an academic who believed that the Bible should be available for all to read. He translated the Bible into English, much of the work being done on the Continent, and published it in England, before he was captured and executed. 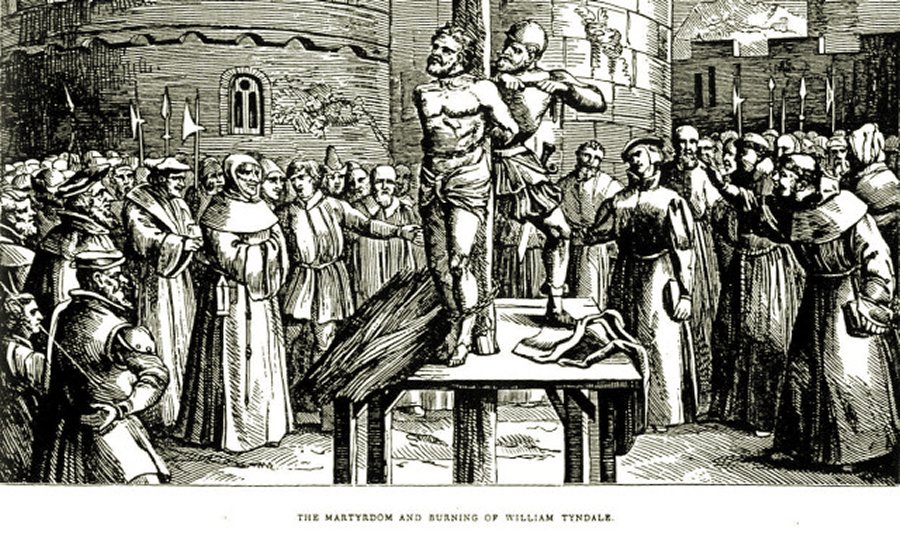 William Tyndale who wanted the Bible to be available yo all people, was burned at the stake

William Tyndale was born about 1490, at North Nibley, Gloucestershire, and was educated at Magdalen Hall, Oxford (now Hertford College), where he studied languages, taking a Bachelor’s degree in 1512, and a Master’s degree in 1515.

He planed to begin his studies in theology, when he discovered that the study of scripture was not included in the Oxford syllabus. His response was to leave Oxford for Cambridge, where he organized a group of scholars, who met regularly at the White Horse Inn, in order to translate, interpret and discuss the Bible. He became convinced that the church was covering up the truth, and that people had the right to know what was contained in scripture, and that it should be translated into English.

Tyndale decided to translate the whole Bible into English, so he contacted one of the prominent churchman for help. He was rejected and was informed that there was no place for scripture in the vernacular, and that scripture was the preserve of the church. 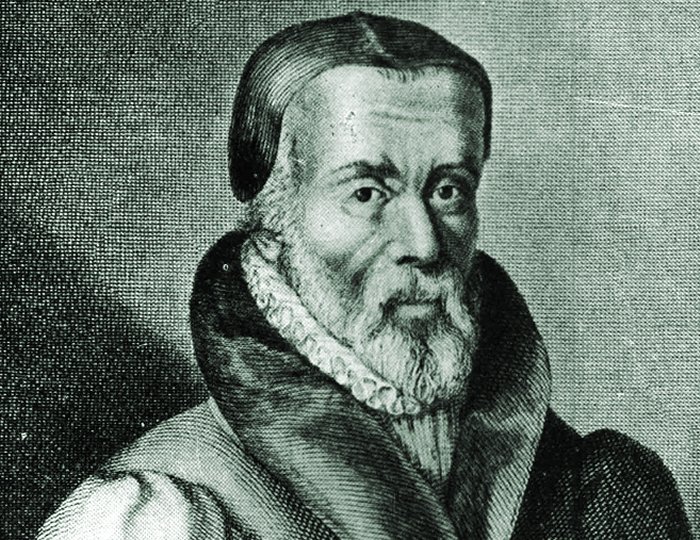 Those who were not a part of the clergy  had no business to read the bible, and if Tyndale persisted, he would be prosecuted for heresy. Hoping to work in secret, Tyndale left for Germany in 1524.

In 1525, he published an English version of the New Testament at Cologne, but the church establishment had it suppressed. An edition printed at Worms had more success and hundreds of copies were smuggled into England and Scotland. His translation introduced numerous new words and expressions into the English language. Examples of Tyndale’s creations are ‘atone’, literally ‘at one’, ‘Passover’ and ‘scapegoat’. He also invented English idioms such as ‘the apple of his eye’, ‘filthy lucre’, and ‘the powers that be’.

His work was  condemned in England and copies were publicly burned. Tyndale was condemned as a heretic, and he was obliged to go into hiding in Antwerp but was  betrayed.

In 1536 was put on trial for heresy; even a plea from the English chancellor, Thomas Cromwell - did not helped.

Tyndale was burned at the stake at Vilvoorde, Belgium, on 6th October 1536. At the time of his death, several thousand copies of his New Testament had been printed, but only one intact copy survives at the British Library, London.