Jan Bartek - AncientPages.com - It may take a very long time before we can solve all Biblical mysteries, if ever. Some archaeological discoveries speak in favor of Biblical stories, and some findings contradict the events mentioned in the Holy Book. There are also archaeological findings that remain controversial.

An anomaly discovered on Mount Ebal, one of the two mountains in the immediate vicinity of the city of Nablus in the West Bank may confirm events described in the Old Testament. 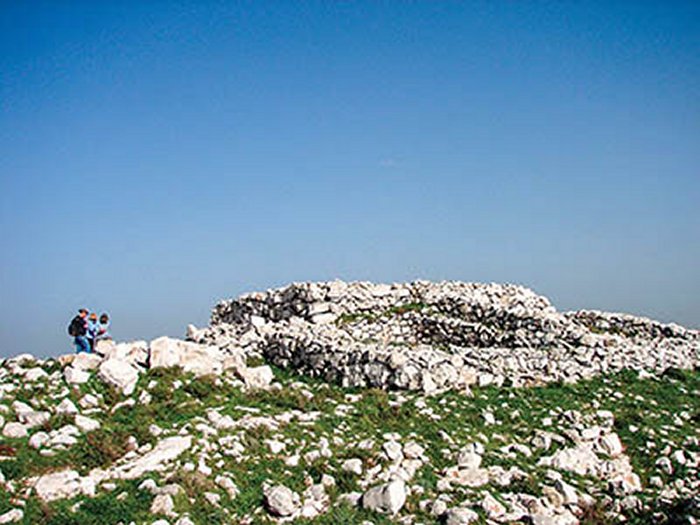 Zertal and his team discovered a cultic site on Mt. Ebal with a large altar. Could this be the Biblical altar mentioned in Joshua 8? Credit: Raymond A. Hawkins

According to Biblical Archaeology, Zertal and his team, uncovered a large altar at the site. The altar was built of unhewn stones divided into two strata—both dated to the Iron Age I. The earlier level was built on bedrock and had a depression in its middle. Charred animal bones and ash were found inside this depression.

Belonging to the later level was a monumental altar, measuring 23 by 30 feet and 10 feet tall, with a 23-foot long ramp leading up to it. This altar was filled with bones, many of which had been burned, ash and Iron Age I pottery.

After conducting thorough studies, Zertal made a controversial claim suggesting he had found Joshua’s Biblical altar.

In the Book of Joshua, we learn that after the Battle of Ai, Joshua built an altar of unhewn stones there, the Israelites then made peace offerings on it.

Later, it is explained that when Joshua was old and dying, he gathered the people together at Shechem, and gave a farewell speech.

Can the anomaly discovered 150 meters below Mount Ebal really be Joshua’s ancient altar?

Bible Discovery TV discussed this intriguing discovery recently. The series said: “The book of Deuteronomy records a command to Joshua to hold a ceremony on Mount Ebal, build an altar there and set up standing stones that had the covenant written on them.

Ancient Jericho – City Of Giants And Home Of The Mighty Gibborim

Legend Of The Immortal Wandering Jew Cursed By Jesus

Mount Ebal was probably chosen as a place of covenant renewal for a few reasons.

First, it flanks the city of Shechem, which was a major center of politics and religion in Canaan, control of this area demonstrated God’s power.

Secondly, Mount Ebal is the tallest mountain in northern Samaria, demonstrating the importance and commanding a view of nearly all of what would become Israel.

Also, most Israelite Iron Age archaeological findings come from this territory of Manasseh where Mount Ebal is.” 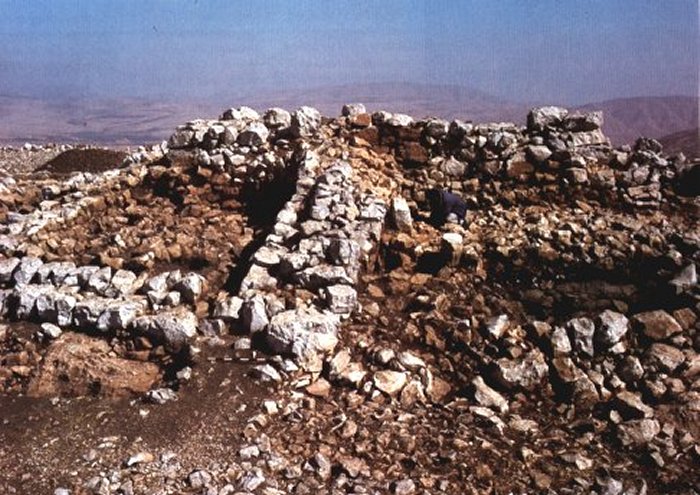 It seems that though the discovery still raises a number of unanswered questions, many Biblical scholars are convinced Zertal’s fascinating finding does speak in favor of the events described in the Holy Book.

Bible Discovery TV  explained that this particular discovery “gives some evidence to believe that here is where most of Israel resided in the early settlement and into the time of the judges, so a religious center on Mount Ebal would give access to most of these Israelites.

After these mentions in Deuteronomy and Joshua, Mount Ebal is never mentioned in the Bible again.

But, in modern times, Mount Ebal has been the center of controversy with the findings of the late archaeologist Adam Zertal.

A pile of stones on Mount Ebal received several seasons of excavations due to Iron Age pottery scattered on its surface. 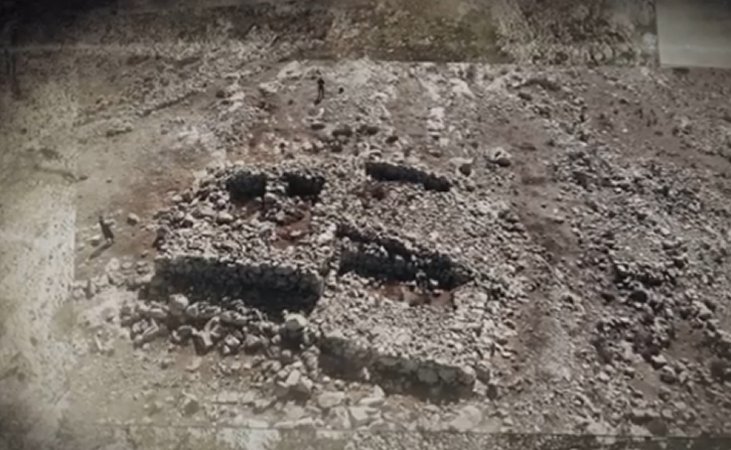 Many scholars think this "anomaly" is the ancient altar mentioned in the Book of Joshua. Credit: Bible Discovery TV

Zertal interpreted what he found beneath the pile as a massive altar of burnt offerings dating to the biblical period of the judges.”

But, there is more evidence than just the coinciding story, the series claimed.

It continued: “At first, his findings sparked a scholarly firestorm of disagreement, but today it’s generally recognized he did find a cultic site that corresponds to biblical sacrificial restrictions.

Could this be Joshua’s construction? The location, timing and archaeological all line up.”

If scholars are not mistaken it wouldn’t be the first time archaeology has confirmed Biblical events. A few years ago, archaeologists unearthed a long-sought wall in Jerusalem’s ancient City of David. The wall is described in the Bible’s Book of Nehemiah written between 445 and 420 B.C.

The discovery of the Ebla archive in northern Syria in the 1970’s confirmed that the Biblical records concerning the Patriarchs are spot on. It was during the excavations in northern Syria that the excavating found a large library inside a royal archive room. This library had tablets dating from 2400 -2300 BC.

A team of archaeologists led by Prof. Steve Collins has reportedly unearthed the ruins of the ancient cities of Sodom and Gomorrah, which according to the Bible suffered catastrophic destruction caused by God.

There are many archaeological discoveries that offer a better understanding of Biblical stories, and perhaps in time, we can understand even more of what is described in the Holy Book.