Conny Waters - AncientPages.com - The Sogdian temple of Jartepa II is located in the countryside, on the caravan route from Samarkand to Penjikent, in the area that in ancient times was called Rustak Varagsar. 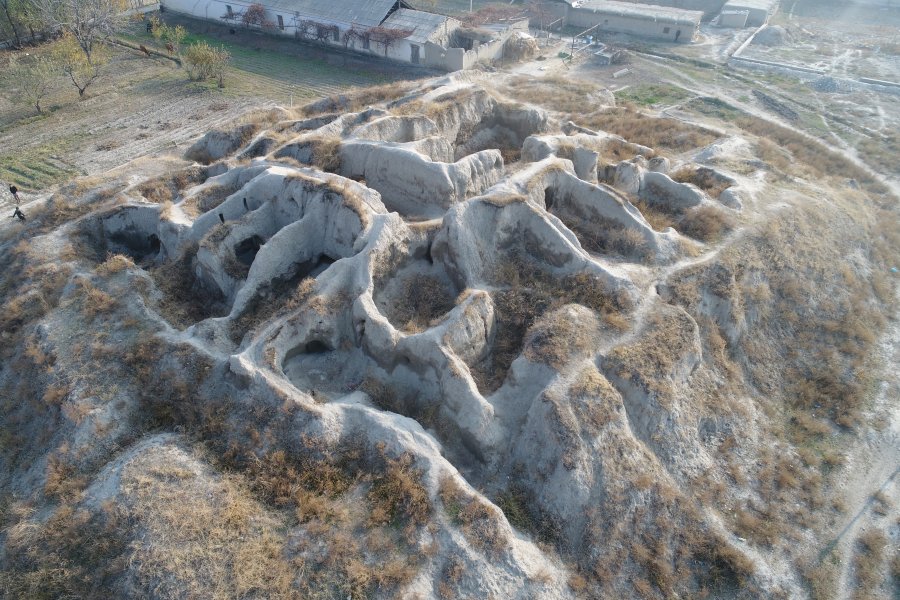 At first, the Jartepa II temple was a rural fortified mansion. Later, it was rebuilt in the 5th century and converted to a temple, which existed until the first decades of the 8th century.

The earliest remains of Jartepa II are important to comprehend the history of rural life in Sogd, but they are not as unique as the temple that replaced them.

Prior to the beginning of archaeological research, the site was a 60 × 40 m large butte stretched along the north-south axis. The outcome of many years of research was a new Sogdian temple discovered on Jartepa II. The ruins of this temple are a complex archaeological site that is clearly demarcated into five construction periods.

The data obtained as a result of archaeological research of this Sogdian temple sheds new light on all stages of the development of Sogdian society, religion, and art through the early Middle Ages. 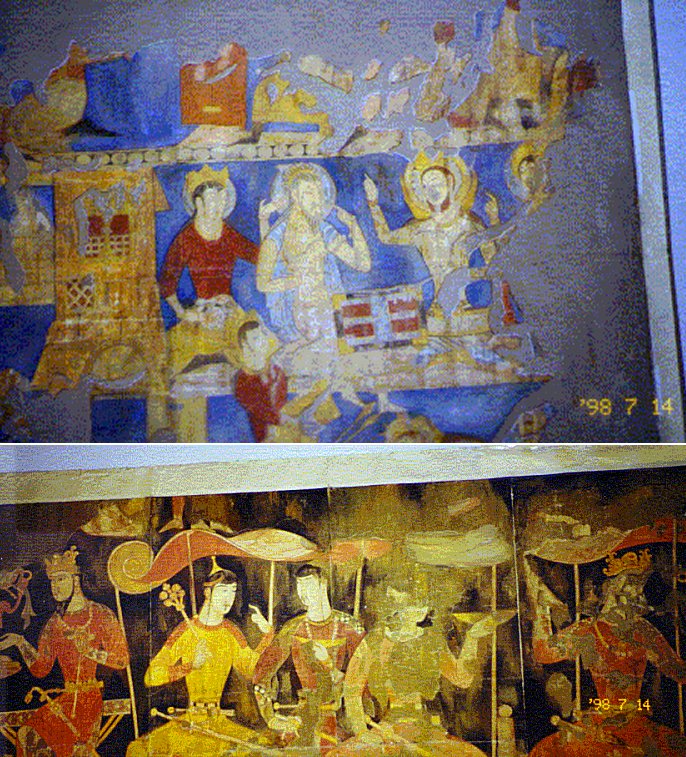 In 1907 it was the great explorer and polymath Marc Aurel Stein (1862–1943) who discovered the so-called “Ancient Letters” at Dunhuang in western China; FIGS. 4–6. These not only advanced our knowledge of the Sogdian language but offered a view into the lives of Sogdians living in China in the early 4th century CE.

The Jartepa temple appeared simultaneously with the famous temples of Penjikent in the 5th century, but its architecture has been better preserved and shows both an impressive building and rich interior design, numerous religious artifacts, its location on the caravan route make it possible to assume that the Jartepa temple went beyond a local rural sanctuary. It is believed that this structure served as a temple for travelers, pilgrims, merchants, etc.

In this case, the Jartepa temple was a pan-Sogdian sanctuary, like the Takhsich temple in Ishtikhan, which was also located outside the city.

Among various finds are mural paintings that shed light on the history of religion and the art of Sogd. 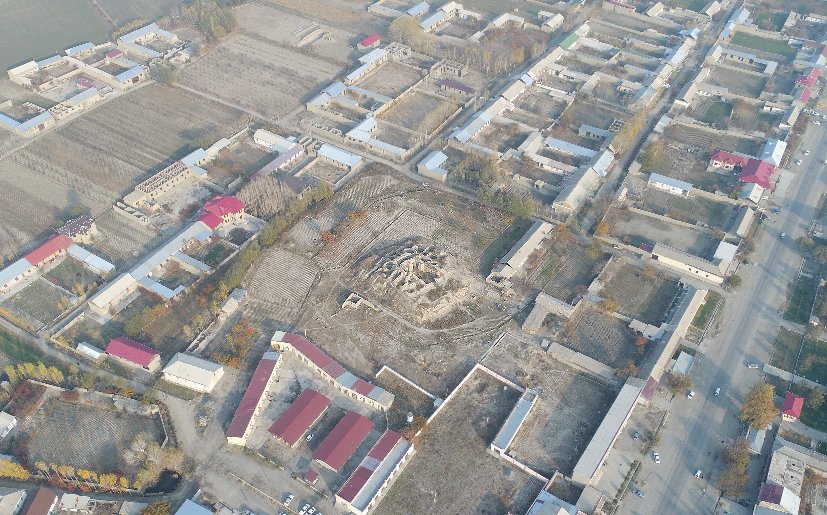 Before the discovery of Jartepa paintings, the only example of Sogdian temple painting was the complex of the Penjikent temples. A rich set of religious objects and offerings to the temple for the first time ever suggested a more or less holistic idea of the temple treasuries of Sogd. It is likely that the Jartepa temple was robbed.

Nevertheless, the objects found there indicate the former richness of the treasuries of Sogdian temples. Most probably the temple was burned in 675-680, and then rebuilt again in the 8th century and finally, it ceased to exist as a sanctuary with the conversion of the inhabitants of Varagsar to Islam in the first half of the 8th century.

The Jartepa II temple is one of the most significant monuments discovered in recent years. It reflects a high level of Sogdian culture during the early Middle Ages. 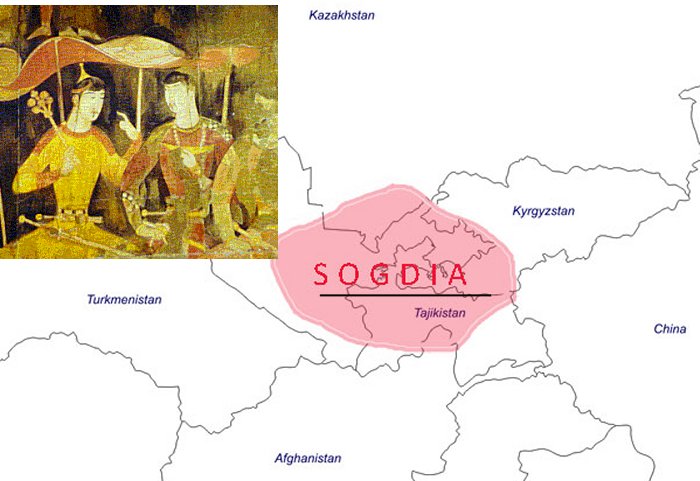 With 3 video flyovers, the researchers have documented the ancient site and their work delivered over 980 photographs (including detailed aerial photographs of facades and roofs of architectural elements, perspective and artistic aerial photographs, panoramic photographs, as well as photographs revealing visual points in the context of the surrounding urban environment at the level of the human eye).

The artifacts from the Jartepa II temple largely enrich the idea of the material and spiritual life of the Sogdians - guardians of the Silk Road and the ancestors of the modern population of Central Asia.

For King Darius, Sogdia was the remote northern frontier of his empire - as India marks the east, Kush (Nubia - Sudan) the south, and Sardis the west. On the map, Sogdia linked the plains of Central Asia to China, India, and the west. The Sogdians were by far the most important of China's trading partners.

Maracanda (today, Samarkand) - the chief city of the Sogdians - was already occupied in the 1300s BC. The Zoroastrian religion originated among the Iranians of the northeast - the Sogdians and their neighbors in Bactria and Khorasan (Chorasmia).

It was one of the last areas of the Iranian world to accept Islam after the Arab conquests.