AncientPages.com - On April 27, 1124, following the death of his brother Alexander, David I (Dabíd mac Maíl Choluim) made himself king of Scotland with the backing of Henry I of England.

David I (born between 1083 and 1085) was the sixth son of Malcolm Canmore and Queen Margaret. From 1124 until his death, his reign began when he claimed the throne of Alba. 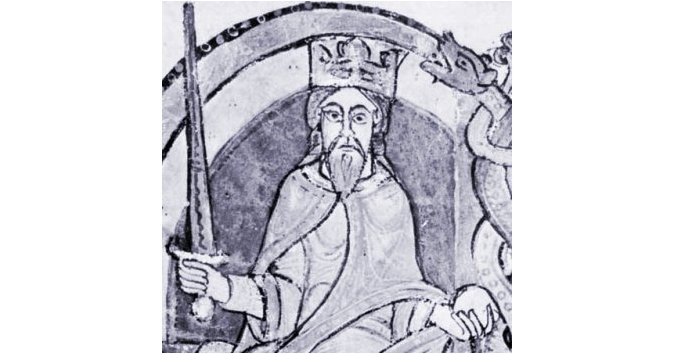 David I. Credits: National Library of Scotland via Britannica

David is known for founding burghs and monasteries. Scotland benefited from a silver boom during David's reign and became a wealthy nation. However, there was a time when some considered him too religious to be a good ruler.

He was responsible for the founding of many abbeys including Holyrood,  Melrose Abbey, Dryburgh, Aberdeen, Caithness, and Dunblane. The monasteries significantly improved the economy of Scotland through their innovations in areas like sheep farming, coal working, and salt production.

David also founded a series of royal burghs like Stirling, Perth, and Dunfermline; he was responsible for Scotland's first coinage, and he brought many Anglo-Normans into the southern half of the country to help with the process of government.

He spent so much of the nation's wealth on the church building and supporting religious orders that he became known as 'Ane Sair Sanct for the Crown.'

David brought religious orders, including the Cistercians and the Knights Templar, to Scotland and had to be dissuaded from joining a Crusade to Jerusalem. He reformed Scotland's governance and supported immigrant French and Anglo-French knights.

His marriage to Matilda, Countess in Huntingdon, produced one son, Henry, Earl of Northumberland.

Unfortunately, Henry died in 1152, probably from a long-term illness. In the last year of his life, this forced David to name his grandson Malcolm as his successor.