In the suburbs of the town Cholpon-Ata, there is a large open air museum, with thousands of images that cover 900 glacially-deposited rocks. These images are petroglyphs, which are up to 3000 years old. 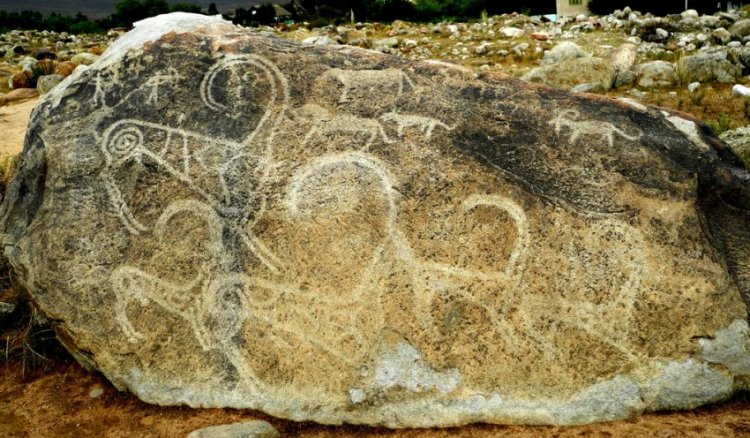 There are also ancient stone circles, the remains of a boundary stone wall, balbals and tombs dating from 2,000 BC to the 6th century AD. 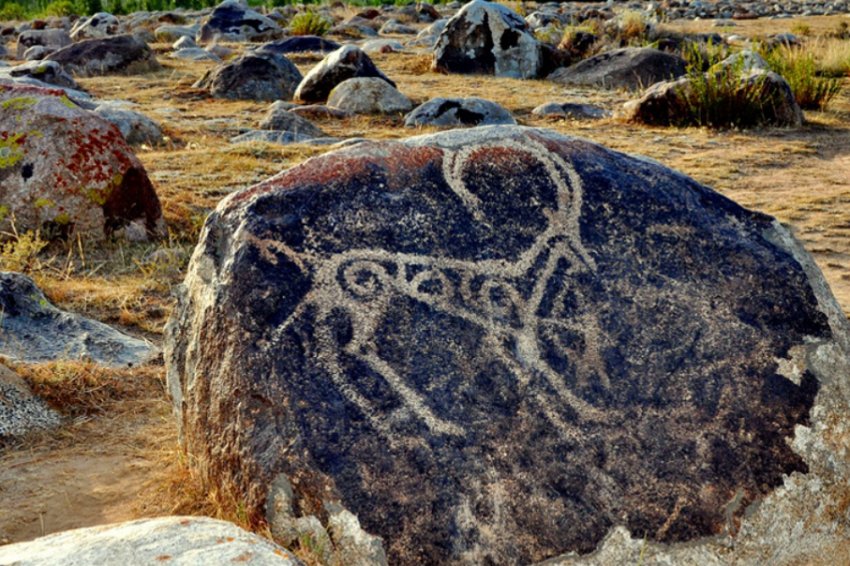 Especially early in the morning or late evening, all the drawings of Cholpon-Ata are clearly seen and one can feel the atmosphere of ancient times, times of worshippers. It is believed that the site was once a gigantic open-air temple, where ancient people performed religious rituals, worshipped heavenly bodies – especially the sun – and perhaps other gods. 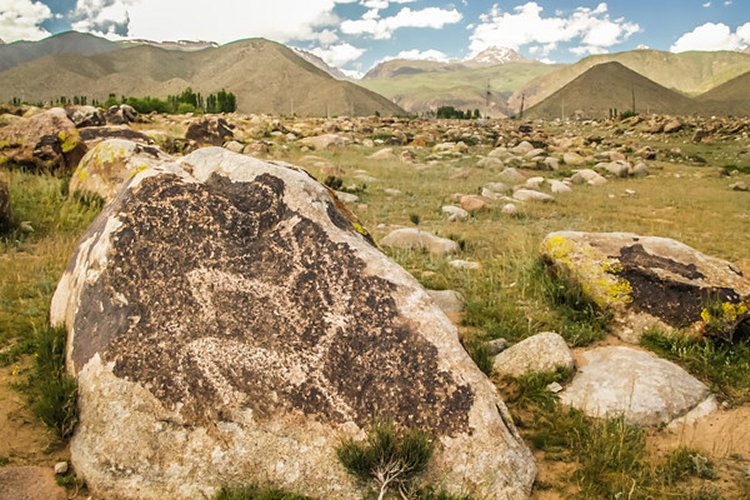 The stones vary in size from about 30 cm to 3 meters. 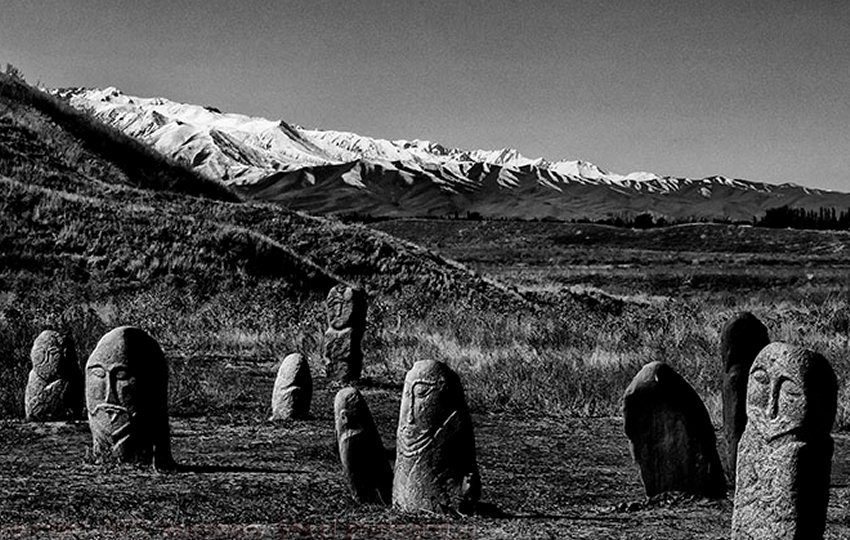 Balbals (image above) - near the Ala Tou Mountains. Stone statues made by Turkic people of Central Asia face east and guard grave sites.

During long fourteen centuries, the figures have been damaged by the harsh weather, but their features and clothing are still discernible. The statues are about 3 feet tall but most probably another meter of stone anchors them in the sandy soil. 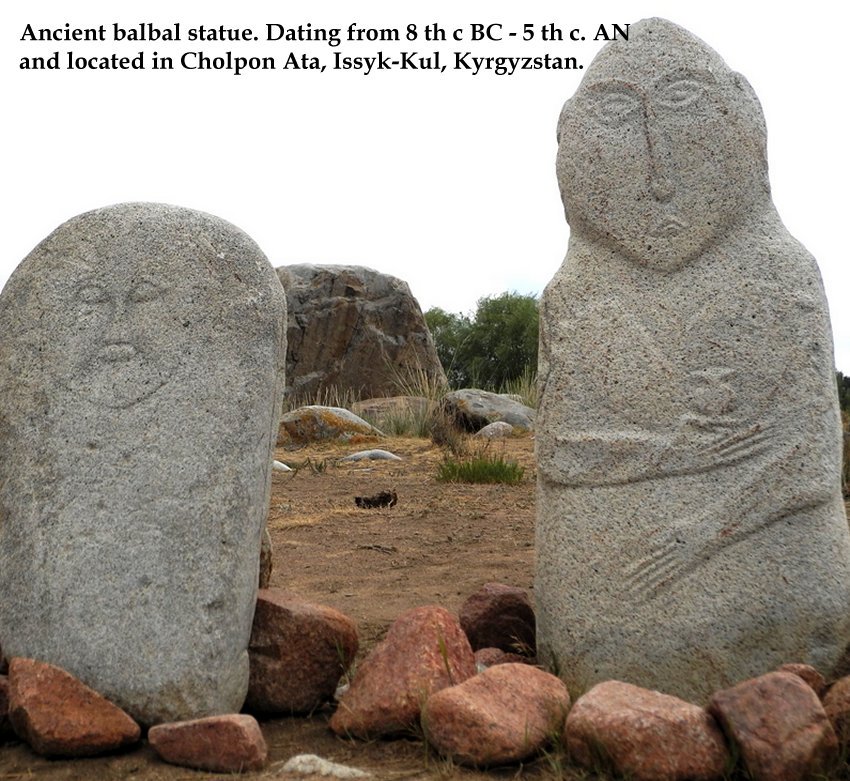 Most of the stones face southwest and southeast and it is thought that they are connected to sun worship.

It is thought that one of the purposes behind the stone circles was to serve as astronomical instruments.