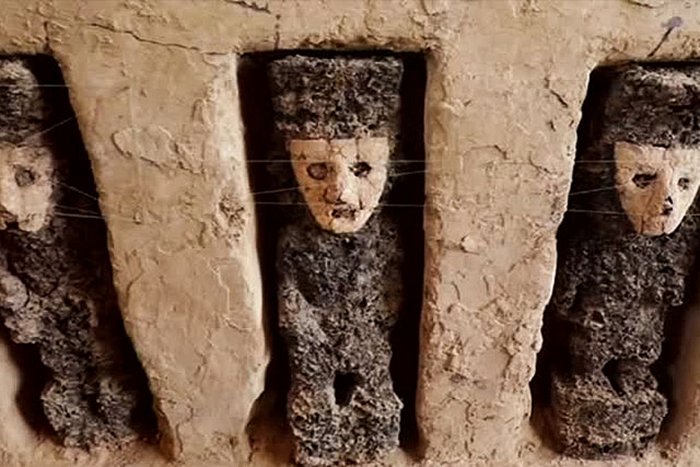 The sculptures were found in niches constructed in the wall of a ceremonial corridor decorated with chessboard,- like squares and waves in high relief, while there are also images of the "lunar animal," a mythical symbol common in pre-Hispanic cultures along the north Peruvian coast, according to archeologist Henry Gayoso.

The figures (probably created about the year 1100) and the detailed wall are thought to have been buried more than 800 years ago. Some of the figures carry what staffs and shields while others have decapitated heads. 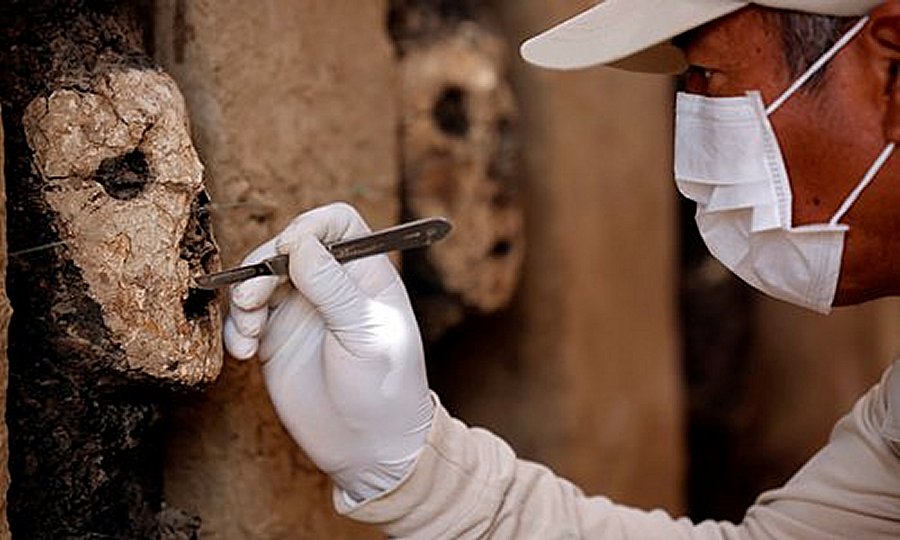 An expert works to uncover one of the 19 wooden sculptures recently discovered at the ancient archaeological site of Chan Chan, on the outskirts of Trujillo, Peru, on Monday. The unique sculptures found in niches are fixed to the ground measuring an average of 70 centimeters and represent different characters. Photo: VCG

The statues are black with beige clay masks and "would be the oldest sculptures known to date in Chan Chan," said archeologist Arturo Paredes, who is leading the dig.

Each sculpture is standing with a circular object on its back, perhaps a shield.

Researchers say the sculptures are the oldest idols discovered to date at the Chan Chan site, a city that was once the capital of the Chimu Kingdom and pre-dated the Inca Empire.

Chan Chan was included of 10 citadels, or walled palaces, in its six kilometer squared (2.3 square miles) center of a wider city that measured 20 square kilometers.

The Chim culture was centered on Chimor with the capital city of Chan Chan, a large adobe city in the Moche Valley of present-day Trujillo, Peru. The culture arose about 900 AD, succeeding the Moche culture, and was later conquered by the Inca emperor Topa Inca Yupanqui  (the eleventh Sapa Inca (1471–93) of the Inca Empire.

The event took place  about  1470, fifty years before the arrival of the Spanish in the region.

Today, thus ancient site is considered the largest pre-Columbian site in the Americas and is located in the vicinity of modern city of Trujillo.