Jan Bartek – AncientPages.com – A secret group consisting of members who wish to remain anonymous are currently searching for evidence of ancient giant skeletons and archaeologists are not happy about this.

Despite being active for some years now there is little information about the group, but it appears none of its members is a trained archaeologist.

The group’s leader who does not reveal his name, but goes by the initials 'IJ' said offering proof of a race of pre-Polynesian giants' skeletons will be bigger news than the discovery of  Tutankhamun. 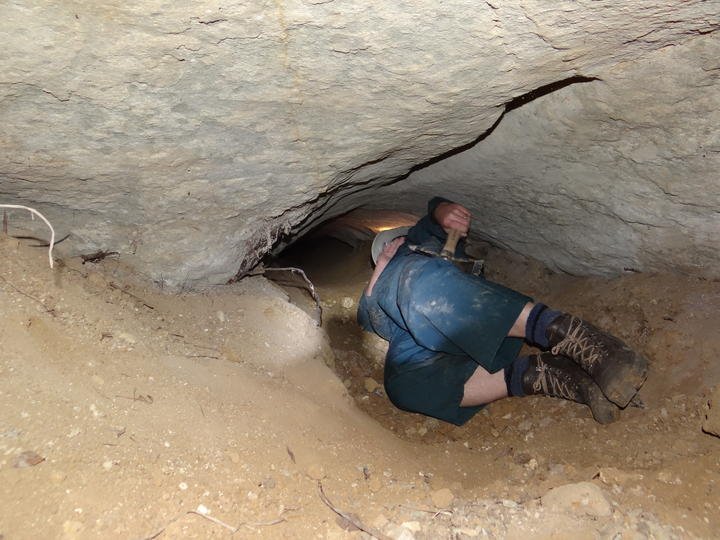 The members of the group have entered the cave without permission. Credit: RNZ

“The secretive group has been sporadically digging out the tube-like cave for close to four years, often under the cover of darkness. They are yet to find any real evidence of the supposed giants they call the "tall ones", although they say they have already found several bones in the cave,” RNZ reports.

The location of the cave has been held secret, but RNZ managed to confirm its whereabouts and learned there is no excavation permission from the landowner.

Archaeologists and the Maori tribe Iwi are now worried and find these illegal actions "disturbing".

Meanwhile, the secret group claim they have found giant bones in the caves, something that has been dismissed by archaeologists. The giant hunters’ say the bone belongs to a giant pre-Polynesian human and could be more than 2500 years old.

"This here, my friends, is a human bone of a pre-Polynesian inhabitant," a male voice says in a video of the hollow bone posted online by the group. "You can tell by the triangular shape. It's most likely a tibia, which would make this… individual 8ft 4 inches tall… Regardless of its length, this is an older bone than any human being in New Zealand. What do our detractors say now, we wonder?"

Scientists say the bone is likely from a moa.

As RNZ reports, “since 2016, the group has recorded the progress of the dig by sharing photos, videos and written updates on a blog that has been viewed more than 88,000 times.

Otago University associate professor of bioarchaeology Dr. Siân Halcrow worries about the number of people who might come across the blog and believe the information being put out on it.

"It does really highlight what some New Zealanders think, in terms of pre-Māori conspiracy theories, with really racist undertones. It's not grounded in fact, so people should be aware," Dr. Halcrow says.

Looking for evidence, the secret group thinks a tribe of tall "Aztec type Maoris" referred to as the "Tall Ones" lived in north Waikato caves and were eaten to extinction. 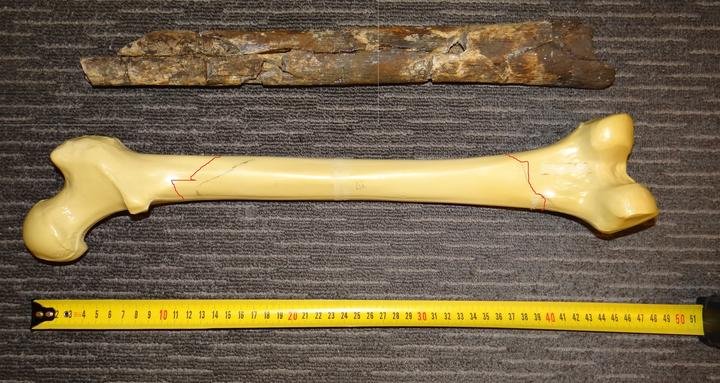 The group says this bone belongs to a giant pre-Polynesian human and could be more than 2500 years old. Experts say it's likely from a moa. Credit: RNZ

The group thinks there is a "secret burial cave" that is "packed with the dead of the tribe."

“It is these stories that seem to have inspired IJ and his crew, (who use the initials BM, YM, RL Davidson and MD on their blog,) to tunnel into the limestone cave in a bank on the side of Waikaretu Valley Rd.

The Giant Of Illinois: Robert Pershing Wadlow Was The World’s Tallest Man

Mystery Of The Patagonian Giants: Europe’s Lost Race From The ‘Land Of The Bigfeet’

"In the following pages and over the next three years or so you will find digital photos and information, along with video, that will prove that the 'tall ones' actually existed and that they were here long before Maori ever arrived and took the land from them," the blog reads.

"Maori, as we know them, did not possess an empty land as taught in the school books these days or as printed these days in the media - Polynesian's, in fact, came to a land already occupied and then they conquered it [sic] … What is inside our cave, when we finally reach the cavern part, will eventually prove this".

Archaeologists dismiss this theory stating that “there is no evidence of human habitation of Aotearoa New Zealand prior to the arrival of Polynesians.”

On their blog the group writes that the "true ancient history" of this country has been "covered up, secreted away, and legislated against" by academics, iwi, and archaeologists.” 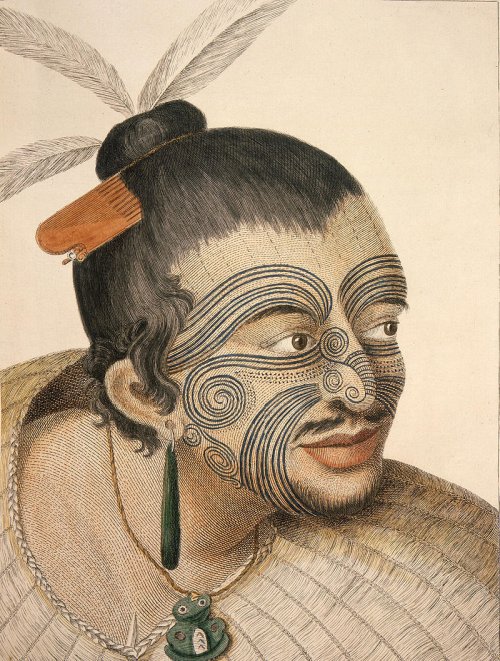 A Maori chief with tattoos (moko) seen by James Cook and his crew. Credit: Public Domain

Archaeologist Sian Keith is angry about being accused of cover-ups. "One of our jobs as archaeologists is to assess, retrieve and analyze the data from historic sites," she says. "We work with tangible evidence, scientific dating, environmental analysis, and engaging with iwi and hapu who have a rich oral tradition. There are many specialists working in the archaeological field who are passionate and thorough.

"The evidence for pre-Maori inhabitants, of any origin, simply isn't there. If it was, the professional community would have identified it and it would be common knowledge. Archaeologists are not secretive, the work we do is carefully managed under the Heritage New Zealand Pouhere Taonga Act, and investigations and excavations have to be formally reported on."

What archaeologists and other scientists are saying is irrelevant to the secret group that continues to dig without permission. They are simply determined to find and present evidence ancient giants were present in New Zealand.