Conny Waters - AncientPages.com - What makes our species unique compared to other hominins?

Exploring how Homo sapiens colonized most of the world's continents in a relatively short period could reveal the exceptional capacities of humans relative to other hominins, researchers say.

A new article published in Nature Communications applies stable isotope analysis to a collection of fossil human teeth from the islands of Timor and Alor in Wallacea to study the ecological adaptations of the earliest members of our species to reach this isolated part of the world. 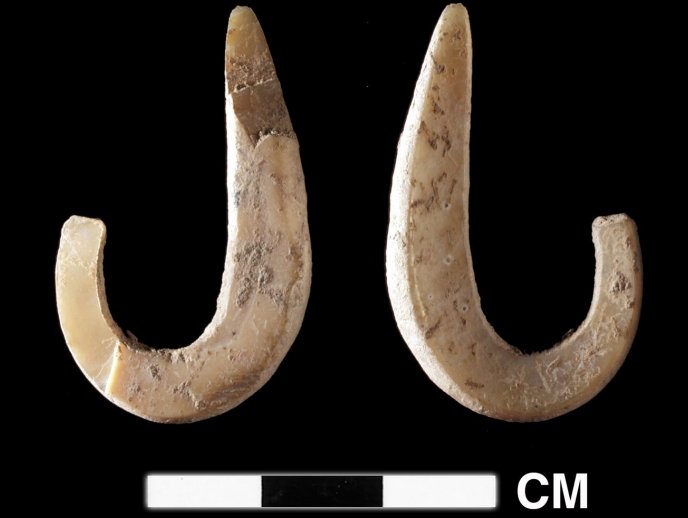 Shell fish hook recovered from the site of Lene Hara dating to 11,000 years ago. An earlier, less complete example was recovered from Asitau Kuru, indicating an early marine specialization for humans arriving on these islands. Credit: Sue O'Connor.

Because the Wallacean islands are considered extreme, resource-poor settings, archaeologists believed that early seafaring populations would have moved rapidly through this region without establishing permanent communities. Nevertheless, this has so far been difficult to test.

One distinctive characteristic of Homo sapiens, however, appears to be its global distribution. Exploring how Homo sapiens colonized most of the world’s continents in a relatively short period could reveal the exceptional capacities of humans relative to other hominins.

Scientists from the Department of Archaeology, Max Planck Institute for the Science of Human History (MPI SHH), alongside colleagues from the Australian National University and Universitas Gadjah Mada, used an isotopic methodology that reveals the resources consumed by humans during the period of tooth formation.

They demonstrate that the earliest human fossil so far found in the region, dating to around 42,000-39,000 years ago, relied upon coastal resources. Yet, from 20,000 years ago, humans show an increasing reliance on tropical forest environments, away from the island coasts. The results support the idea that one distinguishing characteristic of Homo sapiens is high ecological flexibility, especially when compared to other hominins known from the same region.

Over the last two decades, archaeological evidence from deserts, high-altitude settings, tropical rainforests, and maritime habitats seem to increasingly suggest that Late Pleistocene humans rapidly adapted to a number of extreme environments. By contrast, our closest hominin relatives, such as Homo erectus and Neanderthals, apparently used various mixtures of forests and grasslands, albeit from as far apart as the Levant, Siberia, and Java. However, this apparent distinction needs testing, especially as finds of another closely related hominin, the Denisovans, have been found on the high-altitude Tibetan Plateau. 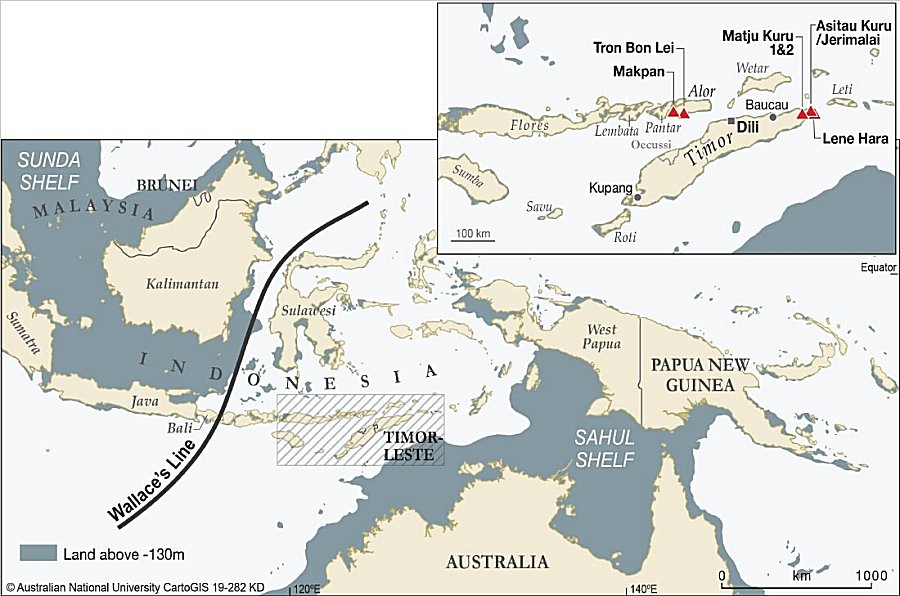 As one of the corresponding authors on the new paper, Sue O'Connor of Australian National University says, "The islands beyond Wallace's Line are ideal places to test the adaptive differences between our species and other hominins. These islands were never connected to mainland Southeast Asia during the Pleistocene, and would have ensured that hominins had to make water crossings to reach it." Tropical forest settings like those in Wallacea are often considered barriers to human expansion and are a far cry from the sweeping 'savannahs' with an abundance of medium to large mammals that hominins are believed to have relied on.

Fossils and stone tools show that hominins made it to Wallacean islands at least one million years ago, including the famous 'Hobbit,' or Homo floresiensis, on the island of Flores. When our own species arrived 45,000 years ago (or perhaps earlier), it is thought to have quickly developed the specialized use of marine habitats, as evidenced by one of the world's earliest fish hooks found in the region. Nevertheless, as co-author Ceri Shipton puts it "the extent of this maritime adaptation has remained hotly debated and difficult to test using snapshots based on, often poorly preserved, animal remains." 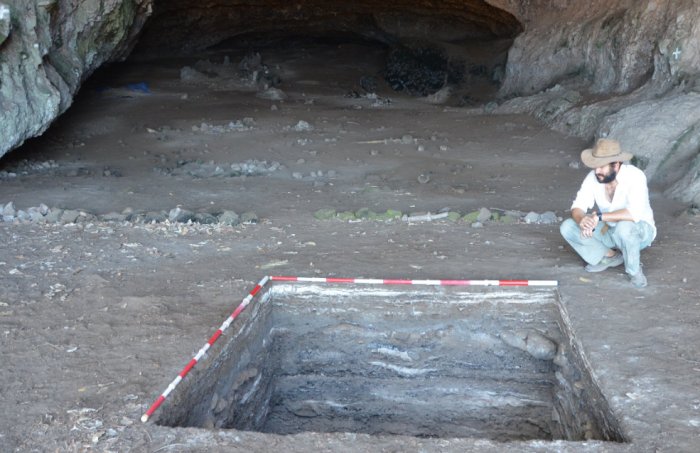 Although this method has been used to study the diets and environments of African hominins for nearly half a century, it has thus far been scarcely applied to the earliest members of our own species expanding within and beyond Africa. Using the principle 'you are what you eat,' researchers analyzed powdered hominin tooth enamel from 26 individuals dated between 42,000 and 1,000 years ago to explore the types of resources they consumed during tooth formation.

The new paper shows that the earliest human fossil available from the region, excavated from the site of Asitau Kuru on Timor, was indeed reliant on maritime resources, suggesting a well-tuned adaptation to the colonization of coastal areas. "This fits with our existing models of rapid human movement through Wallacea on the way to Australia," says co-author Shimona Kealy of the Australian National University.

From around 20,000 years ago, however, human diets seem to have switched inland, towards the supposedly impoverished resources of the island forests. Although some individuals maintained the use of coastal habitats, the majority seemingly began to adapt to the populations of small mammals and tropical forest plants in the region. As co-author Mahirta at Universitas Gadjah Mada puts it, "Coastal resources such as shellfish and reef fish are easy to exploit and available year-round, however growing populations likely forced early island occupants to look inland to other resources."

A species defined by flexibility

This study provides the first direct insights into the adaptations of our own species as it settled in a series of challenging island environments in Wallacea. "Early human populations here, and elsewhere, could not only successfully use the enormous variety of often-extreme Pleistocene environments," suggests Patrick Roberts, lead author of the study and Group Leader at MPI SHH, "they could also specialize in them over substantial periods of time. As a result, even if some local populations did fail, the species as a whole would go on to become tremendously prolific."

As dense tropical rainforests replaced mixed grass and woodlands, other hominins in Southeast Asia went extinct. Ecological flexibility, supported by unique technologies and the capacity for social relationships and symbolism, seem to have carried Homo sapiens through the climactic fluctuations of the Late Pleistocene, however.

The authors concede that more work is needed to conclusively test the ecological distinction between hominin species. The discovery of Denisovan populations in the tropical environments of Asia or application of this isotopic approach to other hominins in the tropics could yet show Homo sapiens to be less exceptional. Nonetheless, for the time being, it seems that it was our species that could best adapt to the variety of environments across the face of the planet, leaving it, by the end of the Pleistocene, the last hominin standing.