Conny Waters - AncientPages.com - Who could possibly have wielded this giant Japanese sword? The Norimitsu Odachi measures 12.37 feet in length and 31.97 lbs in weight. It should be impossible for an ordinary human to use it as a weapon in battle. 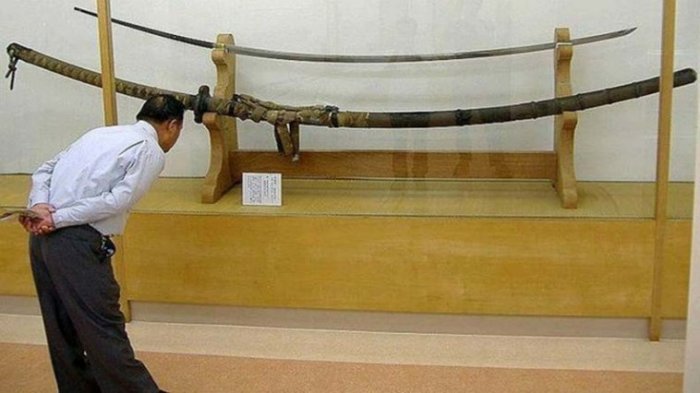 The Norimitsu Odachi is a real sword from the 15th century. Credit: Wow Amazing

What makes the Norimitsu Odachi especially interesting is that this is no mythical sword. It is a real weapon from the 15th century that can be admired at the Kibitsu Shrine in the Okayama Prefecture  in the southern part of Japan’s Honshu island.

An ancient legend confirms Amakuni as the Father of the Samurai Sword.  Amakuni Yasutsuna designed the first single-edged, curved sword known as ‘tachi’ during the Asuka period, an important historical period in the history of Japanese fine-arts and architecture, associated with the arrival of Buddhism to Japan from China.

As mentioned earlier on Ancient Pages, Japanese armor has a long and rich history. This goes all the way back to the 4th century. Over the centuries, these types of armor went through extreme developments since its introduction to warfare and the battlefield. The samurai warriors were known as an elite group of strictly yet well-trained individuals. 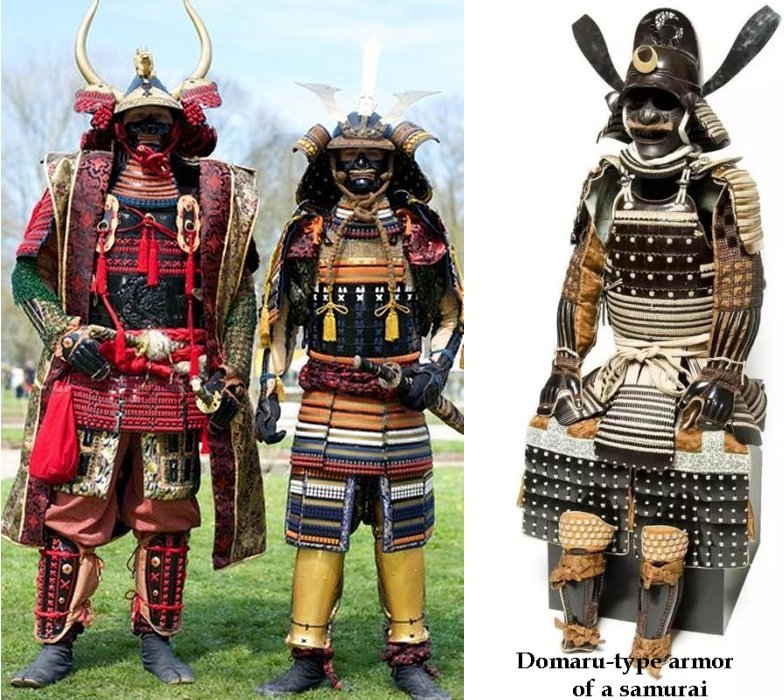 The Katana, “the Soul of the Samurai” is the most famous Japanese Samurai sword. Of course, the Samurai warriors had several types of swords such as for example the Wakizashi

The sword was the favorite weapon of the Samurai warriors.

Who Used The Norimitsu Odachi And For What Purpose?

The Norimitsu Odachi is a big Tachi. These swords preceded the development of the Katana. Tachi and Katana differ in length, degree of curvature and they be can distinguished from each other if signed by the location of the signature on the tang. The Tachi were manufactured during the Koto period, ranging from 900 to 1596. 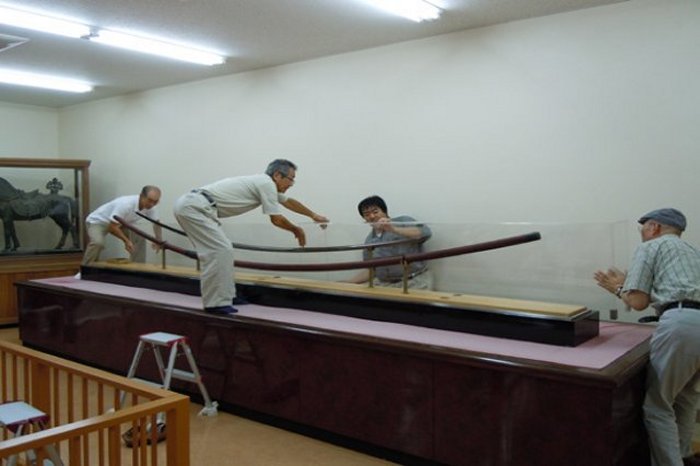 As you can see it takes several people to handle this giant sword. Credit: Wow Amazing

The truth behind the Norimitsu Odachi is still shrouded in mystery, but most scholars think it’s a ceremonial sword created by a skillful craftsman. The Norimitsu Odachi could have been used for religious purposes or maybe it was a status symbol.

Vikings occasionally carried useless decorative swords that could not be used as real weapons. Decorated Viking swords were simply a status symbol, nothing more. Perhaps the Japanese also regarded the Norimitsu Odachi as a status symbol. It’s simply much too heavy and could not be a combat weapon.

Having large objects have always impressed people. Did you know that Tsar Alexander I ordered to build a giant bath tube? It was so large that 8000 buckets of water, which is about 12 metric tons, could fit inside.

Swords of the East