Conny Waters - AncientPages.com - An analysis of four ancient skulls found between 2008 and 2015 in submerged caves in the state of Quintana Roo, Mexico, in Mexico suggests that the first humans to settle in North America were more biologically diverse than scientists had previously believed. 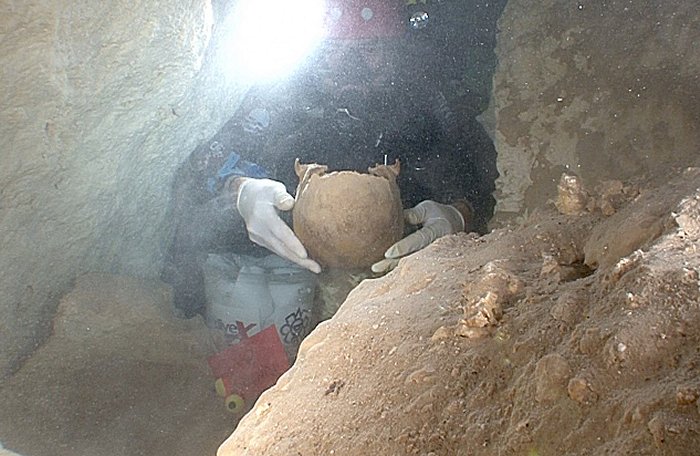 The skulls were from individuals who lived 9,000 to 13,000 years ago, in the late Pleistocene and early Holocene eras. At the time the four individuals were living, the caves were above sea level.

Until now, it was believed that the first settlers in the Americas were very similar; however, the recent findings complicate this theory.

“The first Americans were much more complex, much more diverse than we thought,” Mark Hubbe, co-lead author of the study and professor of anthropology at Ohio State University said in a press release.

“We have always assumed that settlement of the Americas as if North America and South America were the same.”

This assumption is not correct. North America and South America are different continents with different stories of how they were settled, according to Hubbe, who led the work with Alejandro Terrazas Mata of the Universidad Nacional Autónoma de México in Mexico. 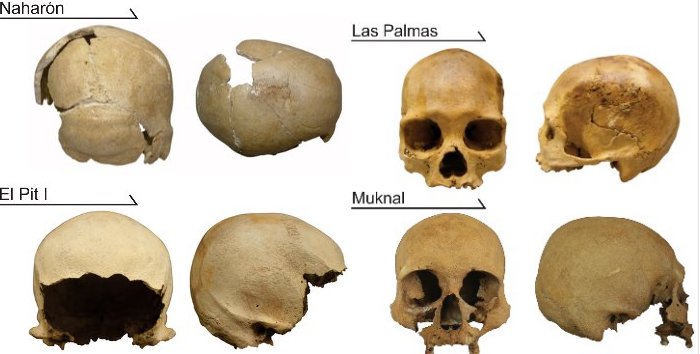 The skulls were analyzed with a CT scan and measured their positions on a 3D grid. The oldest skull showed strong similarities to North American arctic populations, while the second-oldest skull was consistent with modern European populations. The third skull showed affinities with Asian and Native American groups and the fourth had affinities with arctic populations in addition to having some modern South American features. Compared to South America, relatively few ancient skeletons have been found in North America. Between 300 and 400 skeletons that are more than 8,000 years old have been found in South America, compared to fewer than 20 in North America.

“Not all the skulls we analyzed looked like the ones from South America. They are fairly distinct as far as the morphology,” he said.

The results suggest that the initial populations that ventured from Asia into North America had a high level of biological diversity, Hubbe said. For whatever reason, that diversity was reduced as humans dispersed into South America.

Hubbe said the results also caution against trying to create overly simple narratives about human migration, especially in the Americas.

“Whatever we thought about the settlement of the Americas is probably not the whole story. We still have a lot to learn.”