Conny Waters – AncientPages.com – Ancient Egypt never ceases to amaze the world. This time archaeologists report the discovery of a beautiful, rare ancient leopard painting found on a wooden lid of a sarcophagus in the Aswan necropolis.

To ancient Egyptians, the leopard was a symbol of strength and determination. Scientists say the leopard was a "guardian" of the dead which is why the animal’s face was painted in bright colors on the sarcophagus. The stunning animal was meant to offer the deceased person protection during the journey to the afterlife. 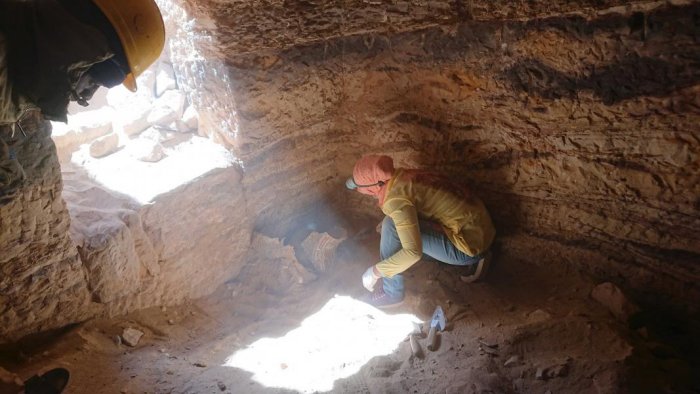 Archaeologists from the Milan State University are currently excavating at the necropolis, but the archaeological area extends for more than 25,000 square meters on the western bank of the Nile River, near the Mausoleum of Aga Khan III. The necropolis hosts more than 300 tombs, and some dug into the hillside and some underground, making the excavations more complicated. 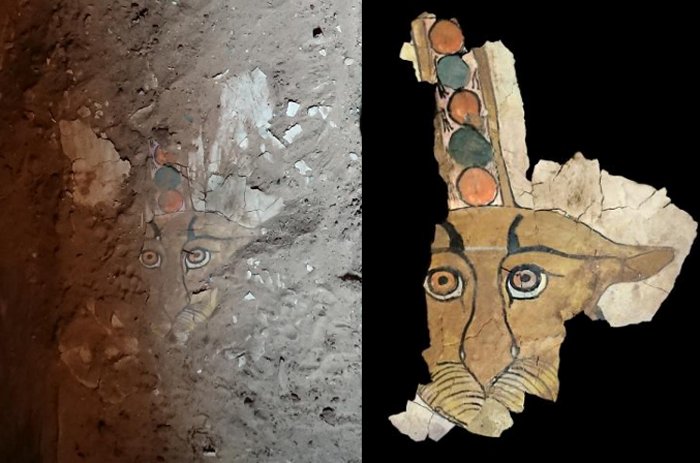 Rare ancient painting of a leopard that guarded the deceased on the journey the afterlife. Credit: Milan State University

This necropolis is where the residents of Aswan were buried between the 7th century B.C. and the 3rd century A.D.

According to Egyptologist Patrizia Piacentini of Milan State University, who leads the mission, this is an exceptional discovery as ancient paintings of leopards are rare in Egypt.

Leopards In Italy? New Findings Show That The Landscape Of Italy Was Once A Very Different Place

Scientists are hopeful they can unearth valuable ancient artifacts and paintings as this necropolis is filled with precious ancient Egyptian treasures.

"The wooden support from the 2nd century B.C. was very fragile. The sand had slipped into the fibres, so we decided to detach the stucco to save the design. It was a very delicate operation that had us holding our breath, we had tears in our eyes,” Piacentini told ANSA.

The pieces will be recomposed by the expert hands of Ilaria Perticucci and Rita Reale, who, following an initial "virtual" restoration, will soon begin the actual one in the laboratories in Aswan.

"It's an exceptional find, much like what we found in the room next to it: pine nuts dating back to the 1st century A.D., a rarity given that the plant was imported," Piacentini said. 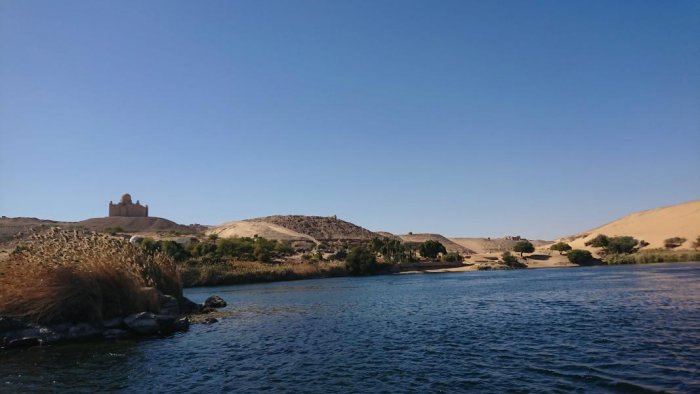 Aswan as seen from the Nile. Credit: Milan State University

"The use of these seeds was known in Alexandria for the preparation of sauces and dishes," she said.

"They were certainly a luxury good, and show once again how the tomb belonged to important people," she said.

People who were buried in the Aswan necropolis loved pine nuts so much that their relatives placed a bowl of seeds next to the dead so they could eat pine nuts on their journey to the afterlife.