Sir Petrie was a British archaeologist and Egyptologist who contributed to the reconstruction of history from the remains of ancient cultures. 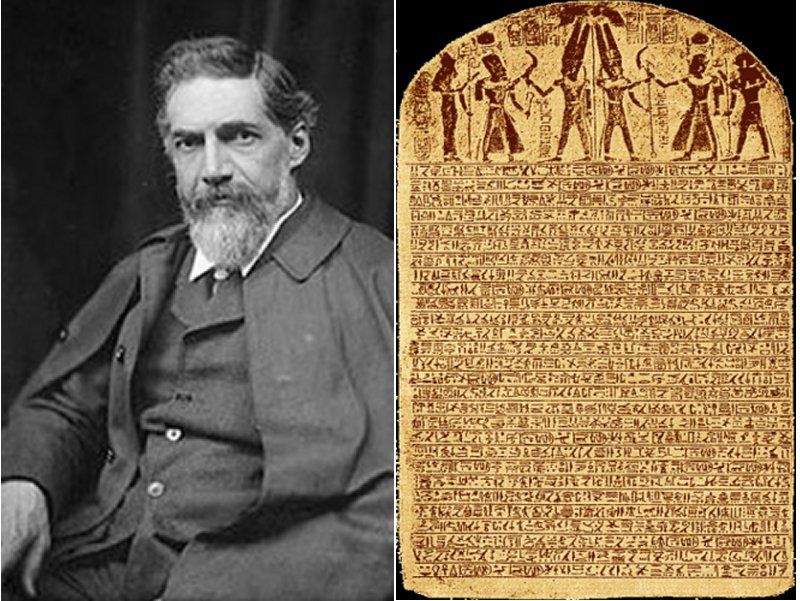 He studied ancient British remains at Stonehenge (1875-80) and then investigated pyramids at Giza and other Egyptian antiquities (1880-1914).

Famous English Egyptologist William Matthew Flinders Petrie (1853 - 1942) was one of the first excavators of the Amarna Tablets in 1891-92; later, other archaeologists helped reveal the rest of the documents.

The stele of Merneptah, he uncovered in the first court of Merneptah's mortuary temple at Thebes in 1896, contained the earliest known Egyptian reference to Israel.

The Merneptah Stele is inscribed on the reverse of a large granite stele originally erected by the Ancient Egyptian king Amenhotep III. 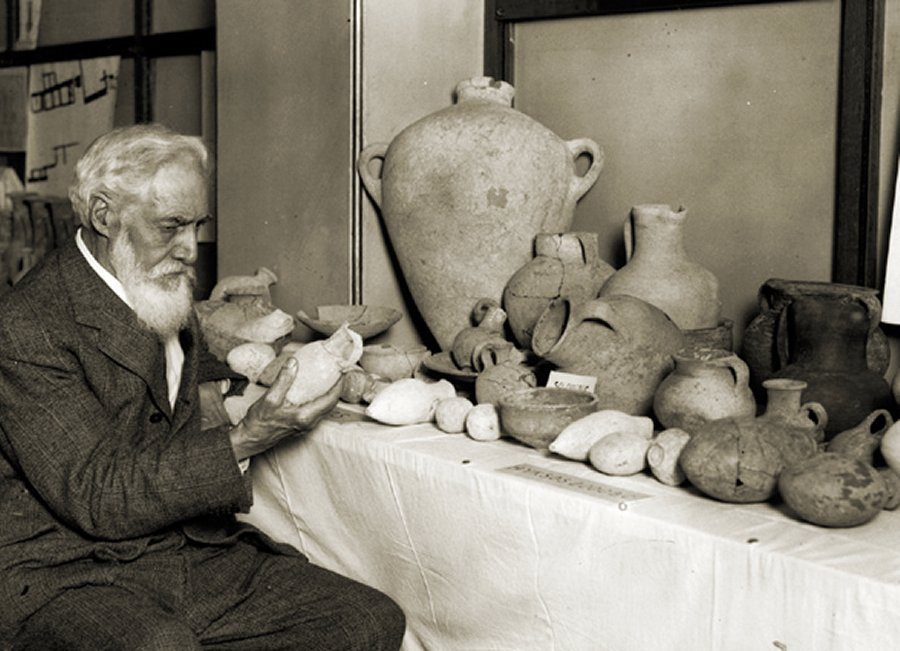 "The whole ground was thick with...pottery, and it seemed almost a sacrilege to walk over the heaps with the fine lustrous black ware crunching beneath one's boots...It seemed as if I was wandering in the smashings of the Museum vase-rooms...Very precious was this rubbish to me, layer under layer of broken vases, from the innumerable small bowls to the great craters of noble size and design; and most precious of all were the hundreds of dedications inscribed on the pottery...altogether far outnumbering all our past material for the archaic alphabets."
William Flinders Petrie Ten Years' Digging in Egypt.

Petrie's work 'Stonehenge: Plans, Description, and Theories' was published in 1880.
That same year he began the surveys and excavation of the Great Pyramid at Giza, which initiated his four decades of exploration in the Middle East.

During the 1884 excavation of the Temple of Tanis, Petrie discovered fragments of a colossal statue of Ramses II.

In 1885 and 1886, at Naukratis (the center of cultural relations between Greece and Egypt in the pre-Hellenistic period) and Daphnae in the Nile River delta, an ancient town with a massive fort and enclosure surrounded by a wall 40 feet (12 meters ) thick, built in the 7th century BC by the king Psamtik I who expelled the Assyrians from Egypt and reunited the country.

Excavated items proved that those sites had been trading colonies for the ancient Greeks.

Petrie made other important discoveries in the Al-Fayyum region of Egypt.

At Gurob he found numerous papyri and Aegean pottery that substantiated dates of ancient Greek civilizations, including the Mycenaean.

He excavated in Palestine from 1927 until 1938 when he was 85. In those years, again at Telasi, he uncovered the ruins of 10 cities. His scientific methods provided the guidelines for all subsequent Palestinian excavations.