A. Sutherland - AncientPages.com  - After a four-month-long voyage, the Scottish botanist Robert Fortune finally reached Shanghai, China. It’s a hot September day in 1848 but he had no time to rest.

Robert Fortune must turn into a Chinese, with everything that it means in appearance, clothing, speech and his way of behaving. Simply, he had to create his new identity.

He would operate in disguise of a Chinese official to blend in with the surroundings and be able to spy. 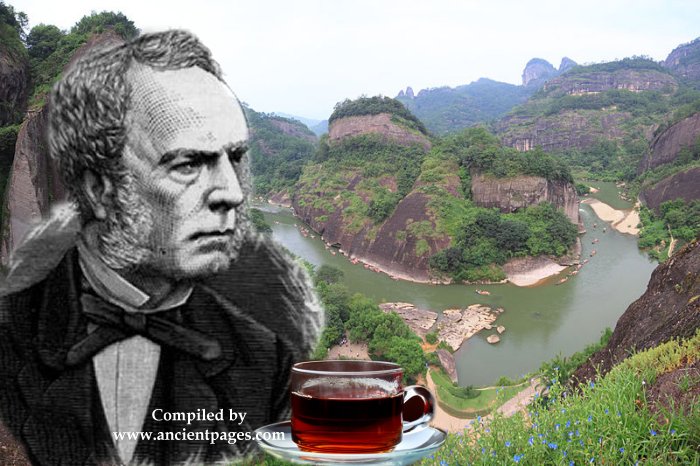 His mission was dangerous. It was a spy mission during which, Fortune had to steal 13 thousand tea seedlings of Chinese tea plants (Camellia sinensis) from China to India on behalf of the British East India Company.

So he changed his name to Sing Wang (means: ‘brilliant flower’), shaved his head, and then grew a pigtail. He learned to eat with chopsticks, began to speak Mandarin, and put on Chinese clothes in order to better blend with the locals.

He was even brave enough to fight pirates who attacked him on one of his visits.

Everything began on May 7, 1848, Fortune was working with the plants at Chelsea Physic Garden, London, when he was suddenly visited by Professor John Forbes Boyle, a famous botanist, and adviser at the East India Company.

He wondered if Fortune might think of going out for tea-hunting in China. The conditions were extremely generous; Fortune would get 500 pounds - five times as much as he earned in the Chelsea garden.

It was a tempting offer and he agreed.

Fortune Travels To China On A Dangerous Mission

Fortune understood his mission could result in a death sentence if he was caught as a spy. China was a closed nation and spying foreigners, attempting to steal the nation’s secret knowledge of tea production would be executed without hesitation.

Fortune had visited China previously and discovered that green and black tea comes from the same plant, but he didn’t know much more than this.

The money was tempting, so he decided to leave his wife and two children and travel to China. He was a little bit worried that his height would attract people's attention. Otherwise, he was looking like the  Chinese traveling from a distant province on the other side of the Great Wall. He believed this answer should satisfy the curious ones.

In October 1848, Fortune reached the first tea factory located at the Yangtze River. Apparently, his disguise was sufficient and no one suspected he’s a foreigner.

To the factory manager, Fortune was presented as  Mr. Sing Wang”, the translator's companion who traveled far to admire and learn more about the amazing tea production. The proud manager was delighted to hear his workers’ tea is appreciated and kindly offered a guiding tour of the factory. 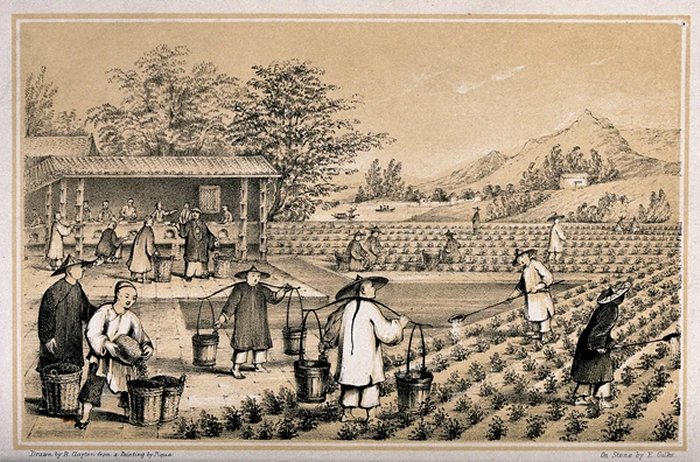 Fortune must learn how the ancient Chinese produced tea, but it was a secret. Image source

Well inside the factory, Fortune now has the chance to learn how the production proceeds. He is surprised to see some of the tea manufacturers have blue fingers and he is ashamed when he is told the reason.

The manager explains the Chinese mix blue and yellow dye with the dried tea leaves. He adds that the British pay a higher price for tea that has an intense green color. Fortune feels embarrassed and understands the British must appear to be barbaric to the Chinese, but he focuses on his missions to collect tea plants and seeds for export to India.

The East India Company had also ordered him to gather as much information about Chinese’ tea production. Fortune is determined to fulfill his mission even if the risk is high and his life is at stake.

History Of Bread: Basic Food Of Man In Ancient And Contemporary Cultures Around The World

Having left the tea factory, Fortune asks his guide and interpreter to show him places where one can find the finest tea leaves. His guide takes him to Anhui, an eastern Chinese province, a major agricultural region also important in tea production. There, Fortune spends time collecting tea plants. When his guide's father becomes slightly suspicious, Fortune simply gives him some money to keep him quiet.

In January 1849,  Fortune returns to Shanghai with knowledge of tea production along with the collected plants and seeds. He sends a telegram to East India Company informing that his mission has been accomplished as planned.

The next step is now to pack his stolen goods and deliver them to India. Fortune places the 13,000 plants and 10,000 seeds inside a Wardian case, a small plant house that was invented in the mid-1800s to transport rare plant specimens. Hopefully, his precious stolen treasure will reach India in good condition, but he is wrong.

The journey between Calcutta and Himalaya was long, but the plants could have survived if it hadn’t been for an employee from the East India Company. Obviously not knowing what he was doing, the man opened the Wardian case and gave the plants water. His intentions were good, but half of the plants were destroyed and none of the seeds could be saved.

How ironic that the East India Company ruined its own stolen goods.

Meanwhile, Fortunes was still in China and had no knowledge of the disaster. He spent his time visiting many places where he could acquire information about the valuable Da Hong tea. This particular type of tea is considered one of the most desirable, expensive and finest teas in the world, and Fortune is determined to find out how he can get it back to England.

He learns that this particular tea is produced from leaves that grow on three different bushes. Trouble is that the tea bushes are guarded day and night by Buddhist monks. So stealing anything is out of the question. Fortune must come up with another idea, but fate is kind to him. 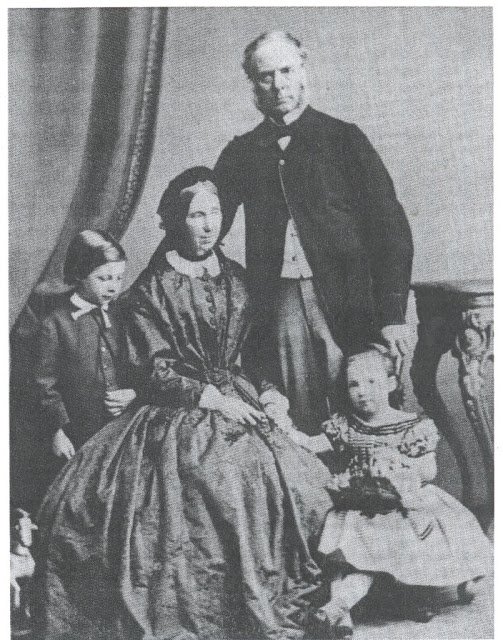 His new interpreter Sing Hoo is a man who loves to talk and boast. When Sing Hoo and Fortune visit the Buddhist monks, who guard the precious tea bushes, Sing Hoo lies. He tells the monks that Fortune is a rich and respected man with many wives and he is a descendant of Genghis Khan (1162 - 1227), the great Mongolian leader. He also adds that Fortune is a close friend of the Chinese Emperor. It’s no wonder the monks were impressed and Fortune received baskets full of tea plants and seeds from the heavily guarded bushes.

Once again Fortunes returns to Shanghai where he is told about the destroyed delivery of the plants he obtained previously. He is devastated but he understands that this time, he must better seal the plants. He packs the new plants and seeds, between several layers of soil, and sends the transport to its final destination. Then, he orders eight experts to accompany him to the Himalaya. There, he will instruct them to produce tea just like the Chinese do.

Fortune reaches the Himalayas in 1851 and he is delighted to see that his two years as a spy have paid off.

India and Ceylon are large tea producers. This wouldn’t have been easy to achieve without Fortune's daring mission. Some will call him a thief, but those who love tea are grateful that he spread the Chinese secrets to other countries, giving people an extraordinary opportunity to enjoy a nice cup of tea.

The ancient history of tea goes back at least 3,000 years, if not more. Tea is today the world’s second most-consumed drink after clean water. The next time you drink tea, give Robert Fortune a thought.

Sarah Rose - For All the Tea in China: How England Stole the World's Favorite Drink and Changed History

Robert Fortune - A Journey to the Tea Countries of China