A. Sutherland - AncientPages.com - The homeland of tea, according to the opinion of the majority of experts on the subject, is China.

Already three thousand years ago, and perhaps much earlier, the local population used tea leaves for the preparation of a medicament to alleviate stomach problems and to increase concentration.

Left: India has a long history of tea-drinking both for its medicinal properties as well as for consumption. The country's renowned teas are Assam, Darjeeling and Masal Chai tea  - grown exclusively in India and are often combined with other spices such as nutmeg, cinnamon, and ginger. source; Right:  In most British homes, afternoon tea consists of a cup of tea accompanied by a piece of cake, hot buttered toast, a biscuit, or crumpets. source

One can assume that the habit of everyday drinking tea for pleasure has been developing very slowly over many centuries.

According to legend, it all started in China around 2737 BC. One day, the Chinese emperor – Shennong (Shen Nung), herbalist and scholar who usually drank only boiled water, rested under a tree of wild tea.

Suddenly, a sudden stronger rush of wind caused several leaves to fall from the tree into his pitcher with water. Later, after taking the drink into his mouth, he felt an entirely new taste that both surprised him and charmed.

The Chinese kept their secret for a long time. In fact, the first written mention of this plant comes dates back to the third century BC and for many years, tea was used only as a medicine and strengthening agent, which was made from the leaves of wild tea tree. 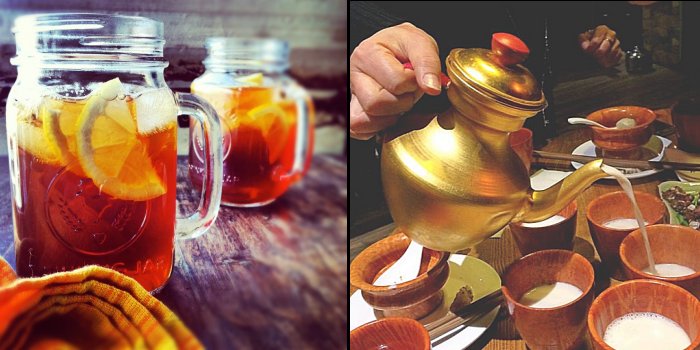 Left: In USA, most famous is good old fashioned Iced Tea. source; Right: Tibet is home to one of the most unusual tea blends in the world. Butter tea or po cha in Tibet, is made from the churning of tea, salt, and yak butter. source

Hot promoters of tea were Buddhist monks who discovered that tea helped them much during long hours of meditation. By the second century BC, Buddhist monks had discovered tea’s stimulating properties and contributed to its cultivation and development.

During the Tang Dynasty (618-907) monks from Korea and Japan started to come to the Buddhist monasteries in China more and more often. Returning to their homelands after many years of study, the monks took with them seeds of plants in order to undertake the first attempts to grow a tea bush in the cloistered gardens.

They also introduced to the religious ceremony the custom of drinking tea. In the twelfth century, in Japan, there was a ritual in honor of the Buddha and the legendary founder of the Zen sect, Bodhidharma, known in Japan as Daruma. 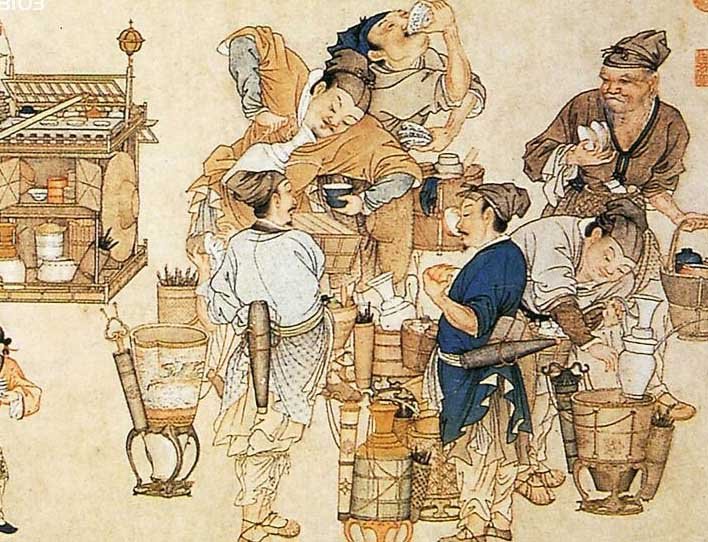 A painting of ancient Chinese playing a competitive game based on tea drinking in the Song Dynasty (960-1279). Image credit: people.cn

A few centuries later, tea had become a popular drink and was widely available. The art of preparing and drinking tea evolved to become a real ritual and teahouses began to appear.

In the mid-8th century tea-drinking became widely popular during the Tang Dynasty, and around 803 AD, monk Dengyo Daishi took the first seeds of a tea plant to Japan.

Soon, the reputation of this prestigious beverage tea-drinking spread to Korea, Japan, and Vietnam and Tibet. Through the centuries, a variety of techniques for drying and processing tea and a number of different forms of tea were developed.

Europeans had already heard about tea from missionaries returning from the Far East. However, it was the Dutch who were the first to bring to Europe. The prestigious tea beverage was imported tea from China to Europe by the Dutch Company East India Co. in 1609.

Pulque: Ancient Drink Of The Gods Is Popular Again But It Has Odd Side-Effects

The ceremony of drinking tea as a new exotic drink spread in England where it came to Thomas Garraway, a merchant and a shop owner in London). Initially, the privilege of consuming this exotic drink was only limited to very wealthy people - the royal family and aristocracy.

A few decades later, a marvelous tea beverage reached the rest of Europe and elegant, beautifully decorated accessories and the opening of tearooms appeared across the continent. 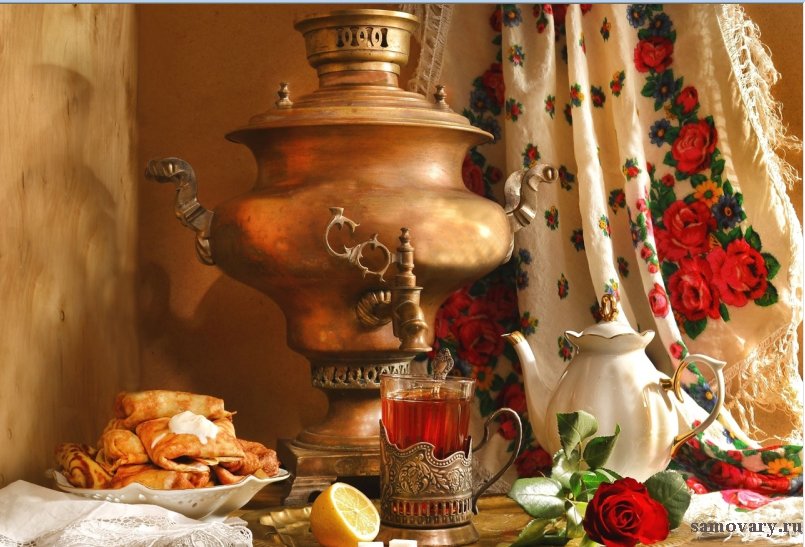 The Samovar (“samovar” is “self-boiling”) - the Russian tea machine - is considered to be much better than other water-heating devices. In early times, the samovar was used not only for boiling water but also for boiling soup and 'sbiten' (hot honey&spice drink).

At the same time, tea by land was brought to Russia as a gift from the Emperor of China for Tsar Nicholas Romanov. Soon it appeared not only among the magnates; at the end of the 18th century, despite the still relatively high price, tea began to welcome guests on the tables of less affluent people.

Camel caravans packed with boxes filled with tea roamed the mountains regions, deserts and steppes of Central Asia, southern Siberia and Russia until the early twentieth century. Then, the situation changed for tea transport when the construction of the Trans-Siberian Railway was completed and trade between China and Russia was revolutionized.