David Tee - AncientPages.com - Genghis Khan is a title, not a name.

While the word Khan is associated with the name Genghis, it is not Genghis’ last name. The word Khan is used by the Mongols to denote position or authority. So when we read his name, Genghis Khan, what we are really saying is Genghis, ruler or Genghis the ruler. 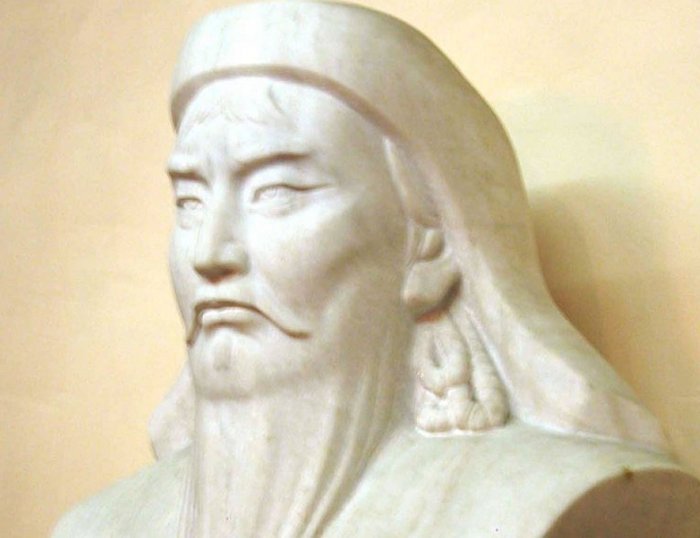 The title Khan is also used in India and other Asian countries with the exact same definition. Whether this is an independent use, or one influenced by the Mongol ruler and his heirs is unknown.

Historians have been able to discover quite a bit about Genghis Khan (1162 - 1227). His father, Yesukai, ruled over 40,000 Mongol families. His mother, Hoelun, was taken prisoner by his father’s people ad forced to marry his father.

Genghis was originally named Temujin and he displayed such leadership qualities that even his older brothers and other clan leaders called Temujin their leader. This was before he assumed his father’s place upon the death of the latter.

When Temujin reached the age of 9 his parents arranged a marriage with the 10-year old daughter of Dai Sechen, the leader of another tribe. But apart from this information little else is known about Genghis’ early years.

Since the Mongol people had no real written language before Genghis Khan turned the people into rulers of a large empire, it is hard to determine his exact rise to power. Legends have it that before he got powerful, Genghis was a captive of the Jin Dynasty and his wife was captured by the Merkit.

Another legend states that he eventually grew up and served Ong Khan. He was such a faithful servant that Ong Khan made Genghis his heir even though he was not his son. This led to conflict with the Kan’s natural son whom Genghis had to defeat in order to gain supreme rule over all the Mongols. 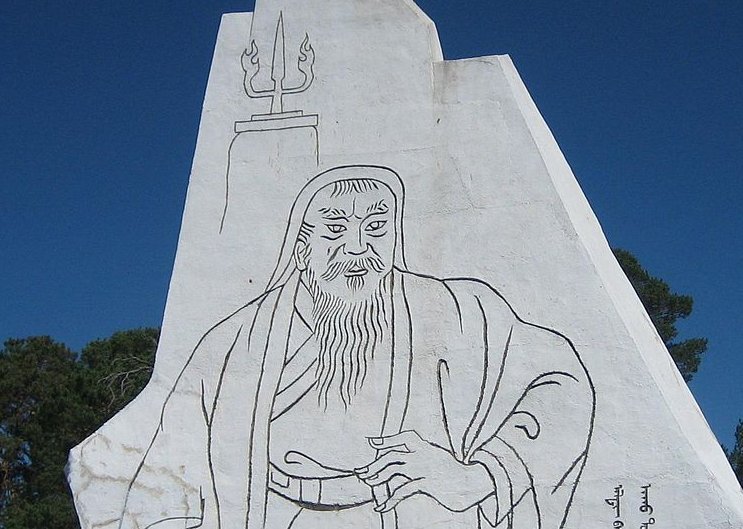 Memorial monument of Djingis Khan outside Dadal which is a possible birthplace. Image credit: I, Chinneeb/Wikipedia

Once this conflict was over, Genghis then took the title Universal Ruler which is what the name and tile Genghis Khan really means.

Genghis Khan And The Law

After he was recognized as the Supreme Ruler of the Mongols and the world, Genghis Khan worked on revising the law. Some of his changes may have been influenced by his mother’s situation and his own.

One of his first acts was to ban or make illegal the kidnapping of women.  After this he declared that the selling of women for marriage was also outlawed and illegal. Then he declared that all children were legitimate in the eyes of the empire, no matter who their parents were.

Other accomplishments included the regulating of hunting. This act made more meat available to all people. He also made the stealing of animals a capital offense, even taken lost property was considered to be theft in his eyes.

Along with all of this, he began record keeping and had the Mongol language put down on paper. He also created official seals and an official, who oversaw all judicial decisions plus had the power to give the death sentence if needed.

Part of having the favor of the people and the favor of the gods Genghis Kahn had to continue to prove himself militarily. Most of his conquests remained north of India, Kashmir and the Caspian Sea.

Genghis was able to conquer much of China but south of Beijing was out of his reach. His conquests also included some of now Siberia and all of the Korean peninsula. These conquests cemented his role as the Supreme leader of the Mongols and the people saw that he had the favor of the gods, so they remained loyal to him.

He was in the middle of a battle against the Tangut people when life and death caught up with him. Genghis Khan seems to have died (1227 AD) not of a fatal blow from an enemy or a traitor but from natural causes.

His tomb is not extravagant by any means, yet its location has been unknown since the end of the Mongol Empire. Some believe it is hidden in the Khentii Mountains and protected because it is cursed. On his death, his son Ogedai replaced him as ruler and reigned until about AD 1241.

Jack Weatherford - Genghis Khan and the Making of the Modern World

Frank McLynn - Genghis Khan: His Conquests, His Empire, His Legacy