Conny Waters – AncientPages.com – Flirting with a woman who wore a Moretta mask was a challenge for a man because she couldn’t speak, and you had no idea what impression you made on her.

It’s difficult to imagine the Moretta mask could become a modern fashion trend today. With a few exceptions perhaps, most women do like to show their beauty, but this unusual face coverage was very popular about 300 years ago? Why is that?

Made of black velvet, and hiding the woman’s features the Moretta mask was very popular in Venice in the 18th century. In fact, it was one of the most fascinating Venetian masks ever created. 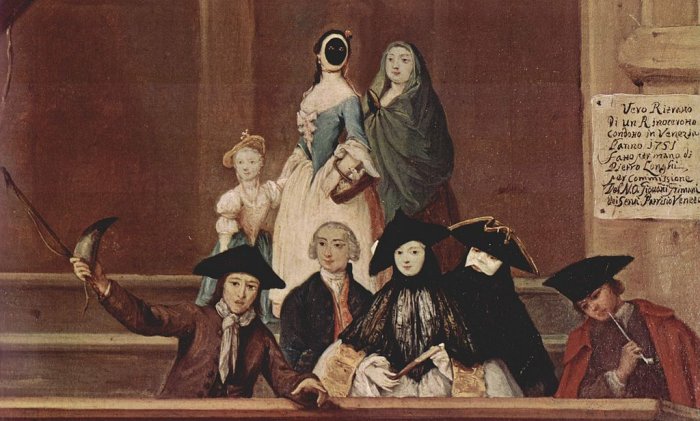 It may sound like a contradiction that hiding your face would attract attention. Women usually want to show how attractive they can be, but the Moretta mask concealed the woman's actual treasure, her face.

By hiding her identity, a woman became more mysterious and thus more attractive. The problem with the man was that she couldn’t talk. “A button held between the teeth, rendering the wearer mute. It’s no wonder the moretta, meaning “dark,” was also sometimes called the “servetta muta,” or “mute servant.” 1

A man had to try to win her favors without being able to talk to her and if he succeeded, she would take off her mask and thus reveal herself to her cavalry.

“Removing the Moretta mask, the lady offered not only the longed-for sight of her face but also the sound of her voice, considered a faithful mirror of the soul. Only the truly fortunate had the privilege to admire that face and to hear her voice, but it would have taken a brave man to seduce a woman without knowing what he was getting - as well as bold since he would have had to convince her to reveal her secret.” 2

In France, women didn’t always wear hats, and using the mask offered them protection against the sun. In those days, it was very fashionable to have pale skin safe.

According to James H. Johnson, Professor of History at Boston University, the Moretta mask helped a woman to hide her identity and avoid slander. In Paris, upper-class ladies rarely walked alone in public. Women who walked alone on the streets were often prostitutes and any high-class lady would do anything to avoid being labeled as a prostitute. By covering her face with a Moretta mask, she should walk wherever she pleased without risking her reputation. 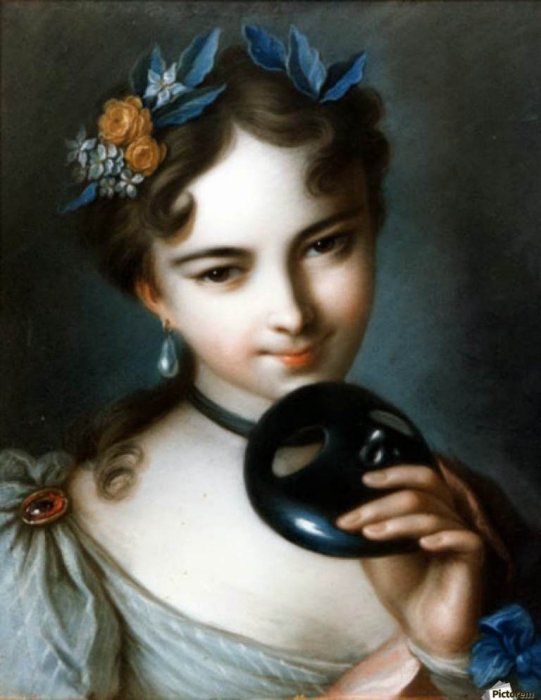 The Moretta mask offered not only freedom of movement, but also psychic space, as Professor Johnson explained. In modern days we sometimes wear “sunglasses, not to disguise ourselves but to create a kind of psychic distance so that we don’t have to acknowledge people if we don’t want to.” 2

By wearing the Moretta mask a woman could protect a psychic space when she didn’t have physical space.

Long Tradition And Fascination With Masks In Venice

Professor Johnson writes in his book, Venice Incognito: Masks in the Serene Republic that “starting in the late seventeenth century, Venetians wore masks in public for six months of the year, a practice they continued until the Republic’s fall in 1797.”

Obviously, Venetians' interest in masks goes far back in time, and though the Moretta mask was only used by women, there were other masks that men could wear.

“Masks were the public face of Venice in the eighteenth century. They were also present in less visible ways. Intellectuals spoke of “honest dissimulation,” which called a partial truth—as opposed to a half-lie—morally justified.

Artists depicted allegorical masks both to condemn and to recommend, with connotations that went far beyond the mere deceit or disguise that modern misreadings see.

Women masked their faces with veils, which granted liberty under the guise of protecting modesty. Beggars whose identities were known wore masks to hide their shame. When an economic crisis opened gaping disparities among elites, they still clung to a tradition of identical dress to mask the inequality. 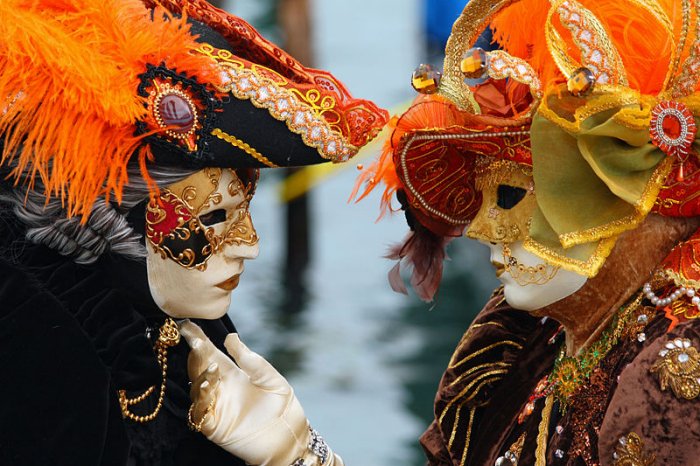 The Venetian carnival tradition is most famous for its distinctive masks. Credit: Frank Kovalchek, CC BY 2.0

In early modern Venice, masks served purposes that did not depend on anonymity. Their use defies modern notions that identify masks with deception or a mocking rejection of hierarchy. Masking in Venice was more often conservative, preserving distance, guarding status, and permitting contact among unequals through fictive concealment. Rather than obscuring identities, masks affirmed their permanence.” 3

Today we associate masks with theater or carnivals, but covering your face partly or entirely was popular and sometimes also needed not so long ago.