AncientPages.com - On  November 11, 1805, the battle of Durnstein took place in the Wachau valley, on the river Danube, 73 kilometers (45 mi) upstream from Vienna, Austria.

It was one of the military encounters in the Napoleonic Wars during the War of the Third Coalition. 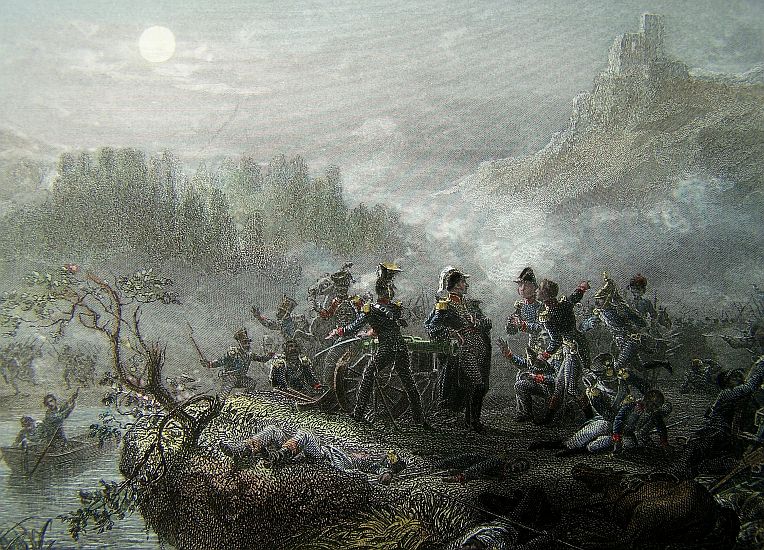 Marshal Mortier at the battle of Durenstein in 1805. Original steel engraving by A. Sandoz. Engraver: John Outhwaite. Source:https://en.wikipedia.org/wiki/File:Battle_of_durenstein_1805.png

At Dürenstein, a combined force of Russian and Austrian troops trapped a French division commanded by Théodore Maxime Gazan. The French division was part of the newly created VIII Corps, the so-called Corps Mortier, under the command of Édouard Mortier.

In pursuing the Austrian retreat from Bavaria, Mortier had over-extended his three divisions along the north bank of the Danube. Mikhail Kutuzov, commander of the Coalition forces, enticed Mortier to send Gazan's division into a trap, and French troops were caught in a valley between two Russian columns.

They were rescued by the timely arrival of a second division under Pierre Dupont de l'Étang.

The battle extended well into the night, after which both sides claimed victory. The French lost more than a third of their participants, and Gazan's division experienced over 40 percent losses. The Austrians and Russians also had heavy losses—close to 16 percent—but perhaps the most significant was the death in action of Johann Heinrich von Schmitt, one of Austria's most capable chiefs of staff.

The battle occurred three weeks after the Austrian capitulation at Ulm and three weeks before the Russo-Austrian defeat at the Battle of Austerlitz. The French demanded a high indemnity, and Francis II abdicated as Holy Roman Emperor, releasing the German states from their allegiance to the Holy Roman Empire.

After the Battle of Austerlitz, Austria withdrew from the war.