Conny Waters - AncientPages.com - The Roman Empire was ruled by 175 men, from Augustus (63 BCE-19 CE) to Constantine XI (1405-53), including the Eastern or Byzantine Empire after the split in 395 CE, but excluding those who did not rule in their own right because they were minors during regencies or co-emperors. 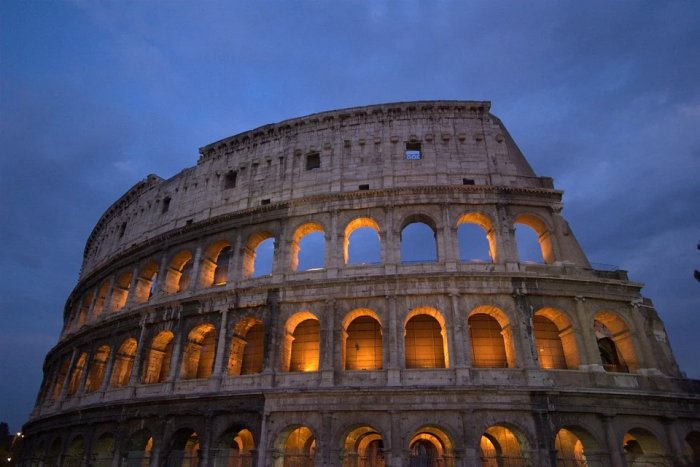 Only 24.8% of the 69 rulers of the Western Empire died of natural causes. The rest died a violent death on the battlefield or in palace plots. Considering all 175, 30% were murdered, committed suicide or died in battle.

Researchers at the University of São Paulo's Institute of Mathematical and Computer Sciences (ICMC-USP) in São Carlos (state of São Paulo, Brazil) investigated the underlying mathematical patterns associated with the reigns of the Roman emperors, showing that they followed what statisticians call a "power law."

An article on the study is published in Royal Society Open Science, a peer-reviewed scientific journal of the UK's Royal Society.

"Although they appear to be random, power-law distributions of probabilities are found in many other phenomena associated with complex systems, such as lunar crater sizes, earthquake magnitudes, word frequencies in texts, the market value of companies, and even the number of 'followers' people have on social media," data scientist Francisco Rodrigues, a professor at ICMC-USP and principal investigator for the study, told Agência FAPESP.

All the phenomena mentioned by Rodrigues display a pattern often referred to as the Pareto principle or 80/20 rule. Put simply, this means that in all these cases the probability of a common occurrence is about 80% and that of a rare event is about 20%. For example, 80% of lunar craters are relatively small, while 20% are really large. In social media, 80% of users have at most a few dozen followers, while 20% have thousands or even millions. In the case of Roman emperors, the rare event was not being assassinated.

"The first person to observe this ratio was Italian economist Vilfredo Pareto (1848-1923). While studying wealth distribution in Europe, he found that 80% of Italy's property belonged to 20% of its population. The majority had few resources, and a minority-owned most of the wealth," Rodrigues said.

In addition to the 80/20 rule, another pattern can be seen in the careers of Roman emperors. "When we analyzed time to death for each emperor, we found that the risk was high when the emperor took the throne. This could have something to do with the difficulties and demands of the job and the new emperor's lack of political expertise. The risk then declines systematically until the emperor has reigned for 13 years. At that point, it rises sharply again," Rodrigues said.

If the 80/20 rule is a well-known pattern, the sharp downturn in the survival curve around year 13 is a novel finding. "We envisaged several possible explanations for this turning-point. It may be that after the 13-year cycle the emperor's rivals concluded they were unlikely to ascend the throne by natural means. Perhaps his old enemies regrouped, or new rivals may have come to the fore. A crisis may have arisen owing to all these factors combined. It's worth noting that the risk falls again after this turning-point," Rodrigues said.

The change at 13 years is a question that has yet to be answered, but in its pursuit of a long line of quantitative historiography, the paper shows that statistical analysis can be an important complementary resource in the study of historical phenomena. "Historical formations are complex systems in which players interact, collaborate and compete for power and resources. The unpredictable actions of individuals can produce predictable patterns of collective behavior that can be investigated mathematically," Rodrigues said.