AncientPages.com - A rare fossil of a dog-sized horned dinosaur has been identified by a scientist at Britain's University of Bath. The animal originated from eastern North America also known as ‘lost continent’ of Appalachia.

During the Late Cretaceous period, 66-100 million years ago, the land mass that is now North America was split in two continents by a shallow sea, the Western Interior Seaway, which ran from the Gulf of Mexico to the Arctic Ocean.

Dinosaurs living in the western continent, called Laramidia, were similar to those found in Asia. 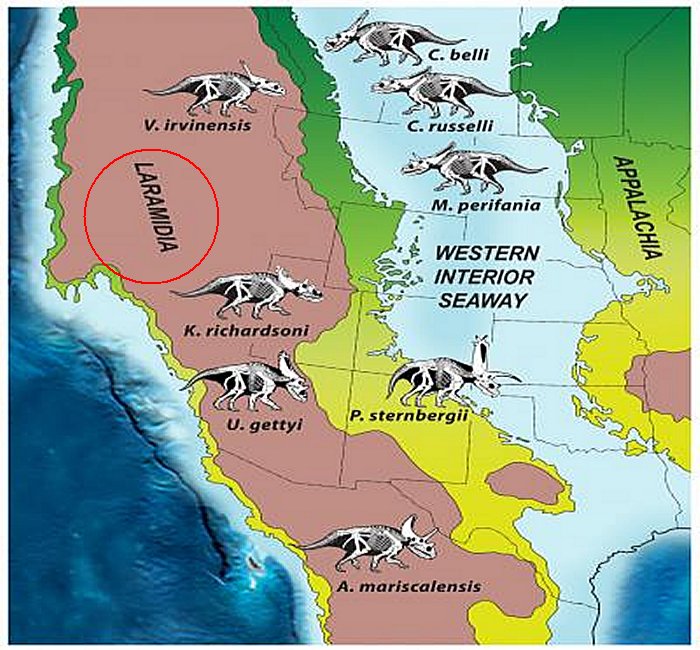 In the Mesozoic era, Laramidia was an island land mass separated from Appalachia to the east by the Western Interior Seaway. The seaway eventually shrank, split across the Dakotas, and retreated towards the Gulf of Mexico and the Hudson Bay. The masses joined to unite the North American continent.

However, only few fossils of animals from the eastern ‘lost continent’ of Appalachia have been found because these areas being densely vegetated, making it difficult to discover and excavate fossils.

Dr Nick Longrich from the Milner Centre for Evolution based in our Department of Biology & Biochemistry, studied one of these rare fossils, a fragment of a jaw bone kept in the Peabody Museum at Yale University.

It turned out to be a member of the horned dinosaurs - the Ceratopsia, a group of plant-eating horned dinosaurs that lived in the Cretaceous period. The comes from a smaller cousin of the better known Triceratops, theleptoceratopsids. 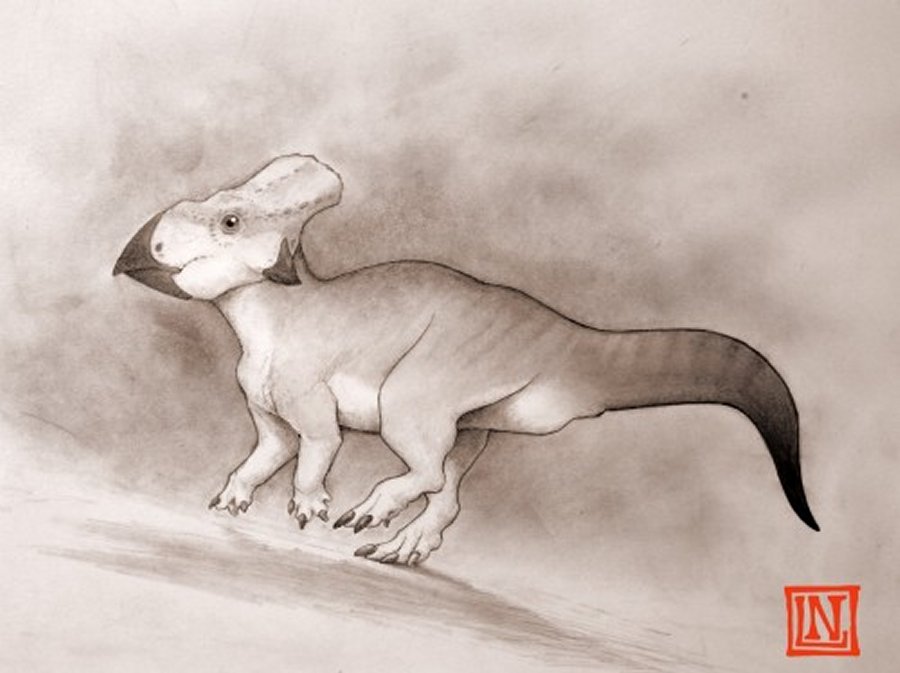 The first fossil from a ceratopsian dinosaur identified from this period of eastern North America. Photo via University of Bath

“This adds to the theory that these two land masses were separated by a stretch of water, stopping animals from moving between them, causing the animals in Appalachia to evolve in a completely different direction, resulting in some pretty weird looking dinosaurs.”

Longrich’s study, published in the journal Cretaceous Research, highlights it as the first fossil from a ceratopsian dinosaur identified from this period of eastern North America, but the study was not easy because the specimen was too incomplete to identify the exact species accurately.

“Studying fossils from this period, when the sea levels were very high and the landmasses across the Earth were very fragmented, is like looking at several independent experiments in dinosaur evolution.

“At the time, many land masses - eastern North America, Europe, Africa, South America, India, and Australia - were isolated by water.

“Each one of these island continents would have evolved its own unique dinosaurs - so there are probably many more species out there to find.”

Research is published in the journal Cretaceous Research.

via University of Bath