AncientPages.com - Researchers are scratching their heads trying to decipher a set of mysterious carvings and script on a 1,700-year-old stone relic.

Known as the Stela of Montoro, the artifact was discovered in a farmer's field in Spain. 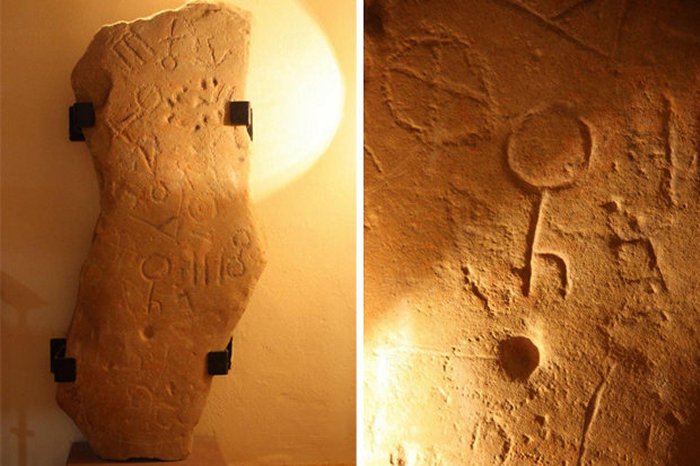 Scientists have suggested it could be the earliest form of earliest monumental script in Iberia and the engravings contain bits of Spanish, Greek, Iberian and Canaanite languages. These cultures were all active in the Iberian Peninsula at the time. The problem is that no-one has been able to decipher the bizarre symbols carved on the rock.

The stela of Montoro is 1.5 metres (4.9 feet) high and 85cm (2.8 feet) wide and the engravings are believed to have been carved between 9th and 3rd century BC according to research published in Antiquity.

The stone is currently being held at the University of Seville, Spain where it’s examined by experts. 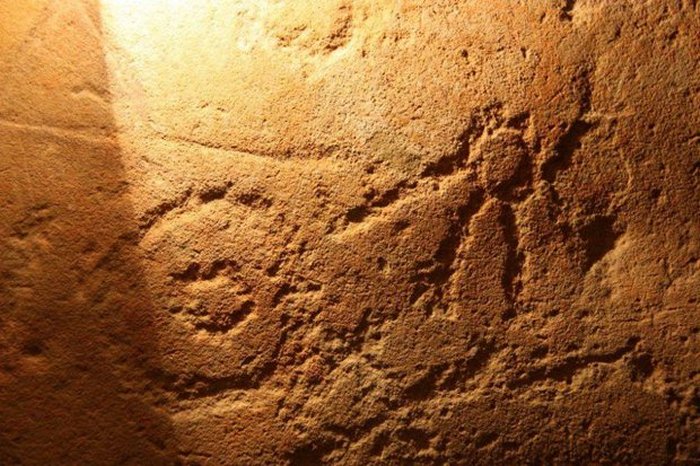 Were the symbols made by soldiers? Image credit: Leonardo García Sanjuán, Marta Diaz-Guardam

“It’s rare to find something like this. The inscriptions on this stela cannot be read. There isn’t a single script that makes sense of them. They seem to be an assorted collection of graphemes taken from different scripts and put together on this stone,” Archaeologist Leonardo García Sanjuán said.

Leonardo García Sanjuán who published his study in the journal Antiquity, suggested the stone may have been carved by illiterate locals.

Tribes would have been trying to replicate texts they had encountered when meeting foreigners – producing a mishmash of various cultures.

“What we have here perhaps would be local people – who were very probably illiterate people – replicating on a stone the signs that they have seen of or been told about, which they probably did not understand.

This would reflect very early contact between local people and people from outside Iberia – most likely Phoenicians coming from the eastern Mediterranean” Leonardo García Sanjuán said. 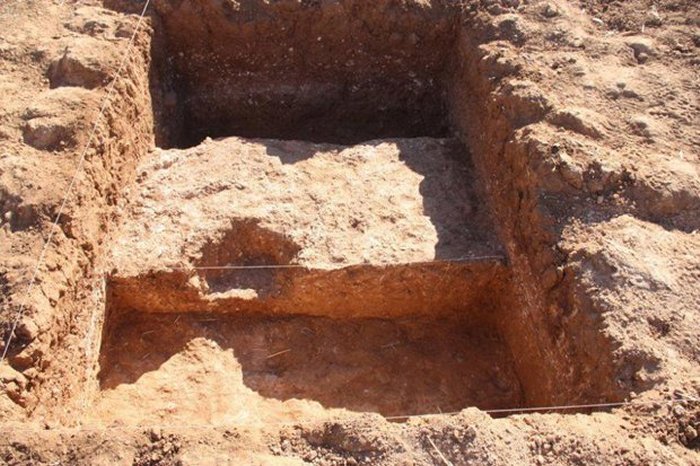 The farmer who found the stone had no idea what it was. Image credit: Leonardo García Sanjuán, Marta Diaz-Guardam

Phoenicians are known as the creators of the first alphabet, and inhabited the coastal cities, Tyre, Sidon, Byblos and Arwad, in what is now Lebanon and southern Syria.

The Stela of Montoro may have also been artwork produced by an army fighting for the Roman Empire or the Carthaginian general Hannibal.

Until more artefacts are located the stone will probably remain a mystery.

“It must have been very important to the people who made it,”archaeologist Leonardo García Sanjuán said.