Conny Waters - AncientPages.com - Researchers have long tried to explain purpose of Mesoamerican potbelly statues. Are they depictions of the ruling elite? Perhaps they were made to honor dead ancestors, or maybe they are portrayals of women giving birth? 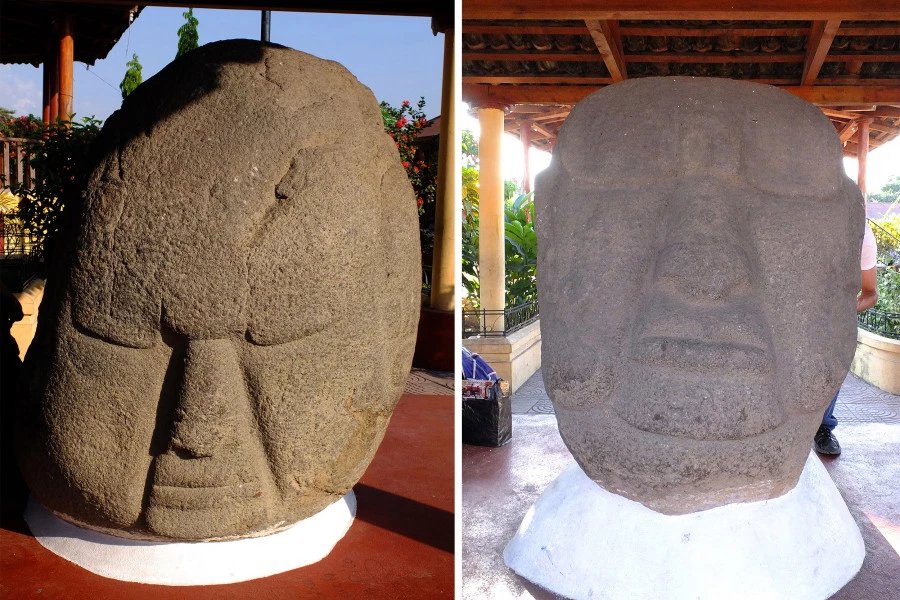 These questions have been left unanswered for decades, but magnetic scans performed on potbelly sculptures from Monte Alto, Guatemala shed new light on this long-standing mystery.

The potbelly statues discovered in Guatemala are magnetized in certain spots.

Together with a team of researchers, Roger Fu, Assistant Professor of Earth and Planetary Sciences has now announced that Mesoamerican people were familiar with the concept of magnetism but also that they had some way of detecting the magnetized spots.

Ancient People In Mesoamerica Had Sophisticated Knowledge Of Magnetism

Scientists have been able to successfully demonstrate that artisans carved the figures so that the magnetic areas fell at the navel or right temple.

"Our direct observation is that there are magnetic anomalies consistently on certain features of these sculptures," Fu said. "And the question we asked is whether this is consistent with random chance, or does it require some knowledge or some awareness of where those anomalies are?

El Mirador: Ancient Pyramids Hidden In The Lost City Of The Maya

Unique Maya Center Of Copán With History Recorded In 2500 Hieroglyphics

"There's some chance it could happen randomly, but as we find more and more sculptures that are aligned like this, the smaller than likelihood is," he continued. "In this paper, we looked at four, and we found a less than 1 percent chance that this wasn't intentional."

A close study of the anomalies, Fu said, showed they could only have been caused by one source—lightning.

"If you go outside and pick up any random rock, it is magnetic. It's just very, very weakly magnetic. These rocks are basalts from the highlands of Guatemala, and they happen to contain quite a bit of magnetite, as well as other magnetic minerals."

However, as Fu explained, while that process can create detectable magnetic fields, they are usually not even strong enough to move a compass needle. 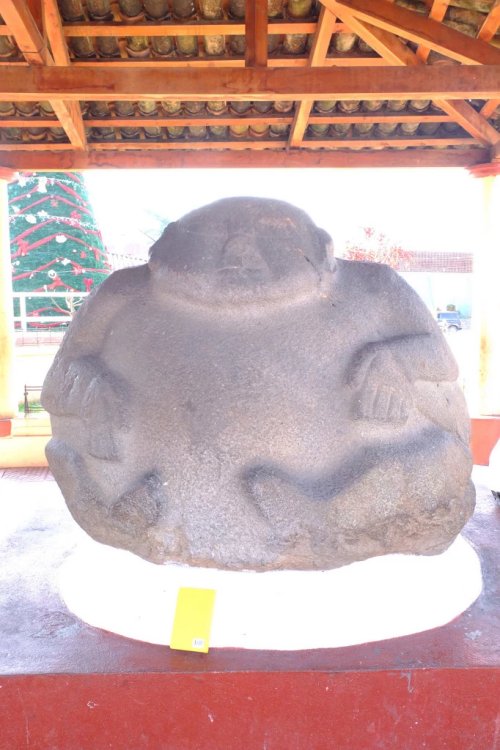 A study of the potbelly statues revealed their fields very strong. In some cases, nearly four times that of the Earth's magnetic field.

"What happened here is that these rocks were struck by lightning sometime between when they were formed many thousands of years ago, and when they were carved," Fu said in a press statement.

"Because lightning is an electric current, it produces very strong magnetic fields, many orders of magnitude stronger than normal … and we believe the ancient Mesoamerican people were able to detect these anomalies."

It's uncertain exactly how they detected the anomalies, but earlier research had turned up evidence that Mesoamericans may have used lodestones—naturally magnetized rocks—for a variety of purposes.

"In one case, in 1975, people discovered a hematite-rich bar," Fu said. "Its purpose was unknown, and it was broken, but it was clearly very carefully made.

"If you were to tie it on a string or float it on a piece of wood, it actually could act as a compass needle," he added. "If the makers of these sculptures had access to a tool like that, that's one way they could have detected them."

Why Were The Statues Carved To Highlight Their Magnetism?

What scientists still cannot figure out is why people decided to carve figures to highlight their magnetism.

"The short answer is we don't have a good idea for the exact reason they did this," Fu said. "There are some hypotheses which are quite intriguing … that involve digging into why we think people made these sculptures. 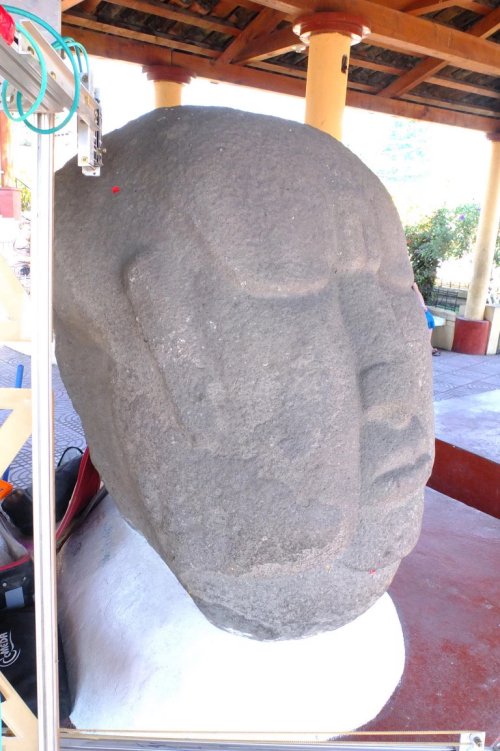 "Probably the most successful idea is that they might represent some depiction of the ancestors of the ruling elites," he continued.

"The idea is: If you have some claim to power, sculptures of your ancestors with strong magnetic anomalies could appear very impressive to your subjects. The word people use in the literature is that there's a performative aspect to these sculptures, so when the sculptures deflected a magnetized stone, it would appear as though there was something alive with it, or some supernatural aspect to it."

Ultimately, Fu said, the study offers key evidence that an understanding of magnetism existed in the Americas far earlier than first believed.

"In the Old World, there was some documentation of magnetism in the Greek world by the sixth century B.C., and the first usable compass wasn't until centuries later in China," he said.

"To me, what's really interesting is this is a completely independent discovery. There's a perception that the Old World is the advanced world and transferred all this knowledge to the New one, but we are realizing that they knew a lot, and I think this is one more piece of evidence for that."