Jan Bartek - AncientPages.com - It may not be possible to trace the game of chess with absolute certainty, but the popularity of this board game goes back thousands for years. People enjoyed playing chess in ancient India, China, and Persia.

The game was popular throughout the Islamic world by the end of the Umayyad caliphate and when knowledge of this game reached Europeans, the nobility and upper classes welcomed chess with enthusiasm. 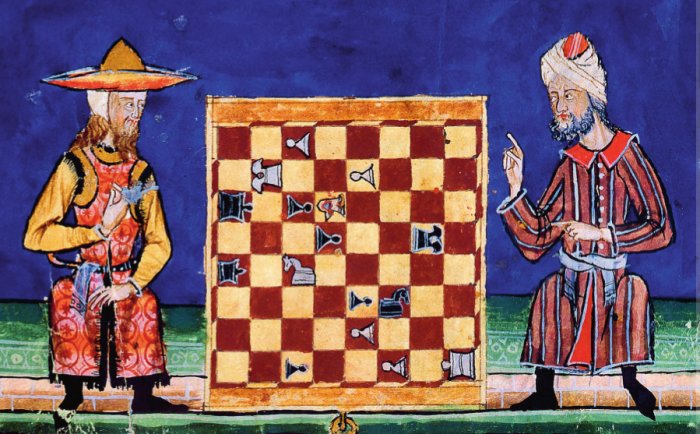 Chess brought people of different faith together. Here is a depiction of a Jew and Muslim playing chess in 13th century al-Andalus. Credit: Public Domain

Today, there are many chess variants, but the traditional board game still remains as popular as ever.

Could this small, 1,300-year-old sandstone object found at Humayma, an early Islamic trade outpost in southern Jordan be the world's oldest chess piece? Although the shape, rectangular in section with splayed, horn-like projections at the top, resembles a Nabataean altar or betyl, parallels with Early Islamic chess pieces are far more convincing.

Archaeologist John Peter Oleson of the University of Victoria explains the object appears to be a “rook” or “castle” and has the typical abstract form for this playing piece favored in the Islamic world. 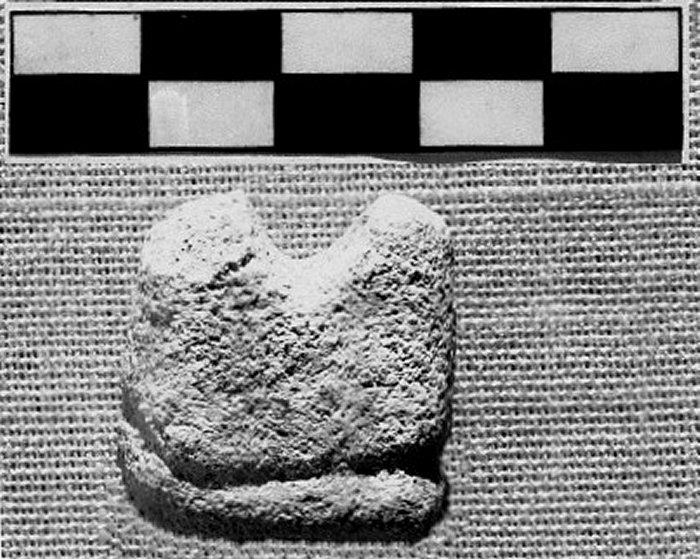 Could this small object found at Humayma in Jordan be the world's oldest chess piece? Credit: John Peter Oleson

There are references to chess-playing in Islamic texts as early as A.H. 23/A.D. 643 and archaeologists have unearthed several similar abstract “rooks” from Jordan and elsewhere in the Near East. These ancient pieces, carved in stone, wood, or ivory, are nearly identical to the Humayma object in design and scale. 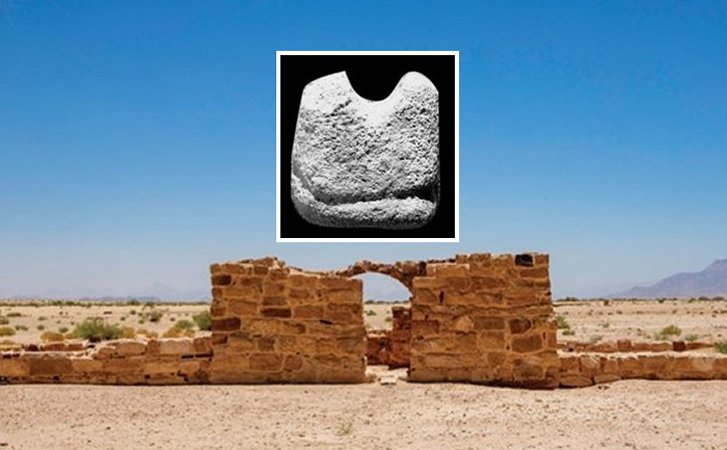 Oleson said surviving written accounts indicate that chess originated in India at least 1,400 years ago, and knowledge of chess spread when the game probably was carried westward from India by the movement of merchants and diplomats.

"It is no surprise that early evidence for it should be found at a site on the busy Via Nova Traiana. While a resident at Humayma, the Abbasid family had kept itself abreast of events in Syria and Iraq along this same route, “Oleson explained.

Oleson presented his analysis of the carved rock on November 21 at the annual meeting of the American Schools of Oriental Research.