A. Sutherland - AncientPages.com - Today we know that Christopher Columbus was not the first to discover America. Many great explorers and ancient civilizations visited the continent long before him.

As an example, we can mention that Zheng He or Cheng Ho, China's greatest navigator (1371-1435), reached the North American continent before the European explorers such as Magellan, Columbus, Vasco Da Gama and Captain Cook. 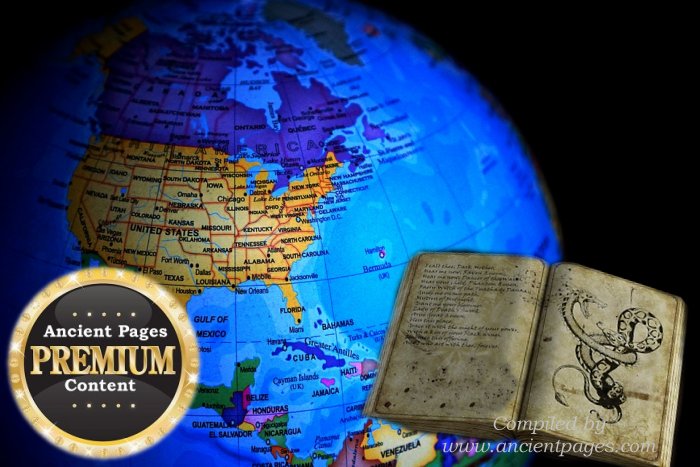 There are also Chinese maps of the Americas that show that the Chinese were familiar with the Pacific and Atlantic coasts of North and South America for about 2,000 years. It has been suggested that ancient Semites (early Hebrews) sailed to America already 2,500 years before Zheng He and Columbus. There is evidence of Viking and Celtic presence in America and other ancient civilizations who mastered sailing, navigation and the ocean.

While we try to find out "who" really was the true discoverer of America, it would be worth mentioning that an extensive scientific survey of the North American continent was made by a highly advanced group of people almost 4,500 years ago!

This fascinating information can be found in a long-forgotten ancient book that reveals surprising scientific information about North America!