AncientPages.com - The Citadel of Machaerus - a fortified hilltop palace - was built upon a conical peak of basalt, located in Jordan fifteen miles (24 km) southeast of the mouth of the Jordan river on the eastern side of the Dead Sea.

The site, sitting atop a hill some 800 metres above sea level and overlooking the Dead Sea, some 32km southwest of Madaba city, was the fortress of Herod the Great and a centre of power in the ancient world. 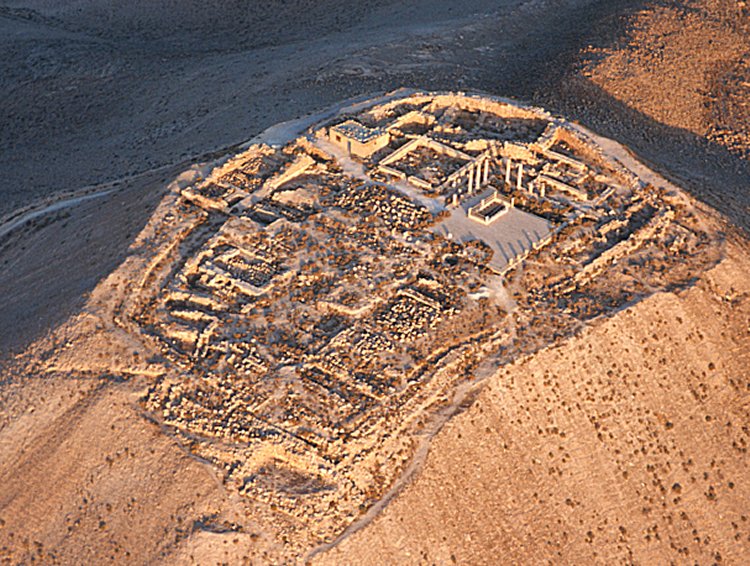 The hilltop of Mukawir, the Biblical Machaerus, is where Salome is believed to have danced for Herodus Antipus who, impressed by her performance, promised her anything she wanted.

The hilltop of Mukawir, the Biblical Machaerus, is where Salome is believed to have danced for Herodus Antipus who, impressed by her performance, promised her anything she wanted.

Encouraged by her mother, Salome demanded John the Baptist's head on a platter. His subsequent execution also took place in the fortress.

Its location as St John the Baptist's prison and place of execution was later confirmed by the ancient historian Flavius Josephus.

The Citadel of Machaerus is historically important to Christians, Muslims and Jews," said  MMA Research Director Gyozo Vörös told The Jordan Times in a recent interview.

"The importance of Machaerus is only comparable with Mount Nebo and the Baptism Site. The three historical places, as pilgrimage destinations, provide an excellent full-day trip for visitors," he said.

The excavation team is employing theoretical architectural reconstruction as its first step towards the restoration and presentation of the monument. Through this process, archaeologists were able to reach new findings. 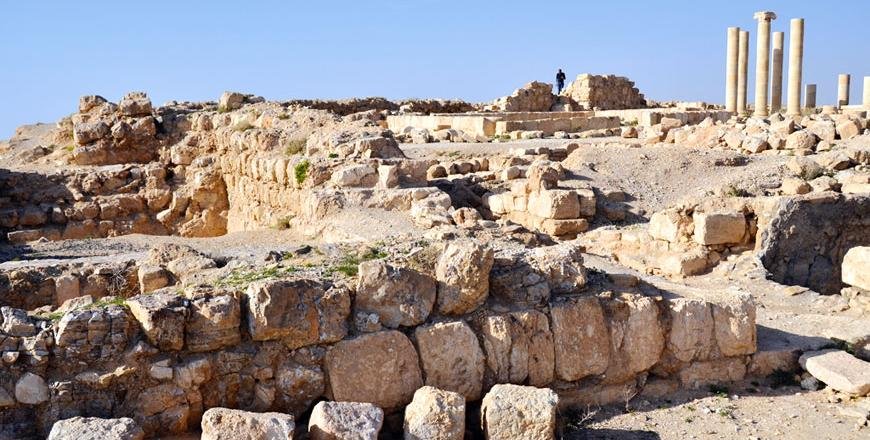 The fortress Machaerus was originally built by the Hasmonean king, Alexander Jannaeus (104 BC-78 BC) in about the year 90 BC,[3] serving an important strategic position. Its high, rocky vantage point was difficult to access, and invasions from the east could be easily spotted from there.

“We are using exclusively original architectural elements for our anastylosis-reconstructions to provide the pilgrims and visitors with an authentic and reliable historical place,” said Vörös who documented the MMA’s work at the site, as well as work of previous archaeological teams, in two volumes titled Machaerus I and Machaerus II.

Based on architectural designs of the palace, the team has successfully re-erected two Herodian columns at the site, the first success of its kind in the holy land (including Palestine), according to the expert.

The excavation project, which is scheduled to conclude in 2029, seeks to offer pilgrims and visitors to the site an “attractive but authentic” monument presentation with a visitor’s centre in the former Herodian cistern.

Based on the excavations and studies of the site, the team reached the conclusion that Machaerus was inhabited during three periods: the Hasmonean period, the period after Herod the Great’s remodelling and during its inhabitation by Jewish rebels during the first Jewish revolt against Rome.

The remains of Herod’s palace suggest it once included a courtyard, a Roman-style bath, a triclinium for fancy dining, and a formal peristyle courtyard where it is assumed Salome danced for King Herod.

The site also includes a semicircular apse in the axial centre of the courtyard, marking the place of King Herod’s throne, which was later passed on to his son Tetrarch Herod Antipas.

“A significant result of our excavations was the discovery of the extraordinary depths of the citadel,” Vörös said, citing the discovery that the walls of the interior of the western bastion included 30-foot-high (around 9.2 metres) walls intact, whereas it was previously believed the walls were less than five feet tall (1.5 metres).