Ellen Lloyd - AncientPages.com - According to a thought-provoking theory, parts of what prophet Ezekiel said may have been misunderstood. What secret ancient knowledge did Ezekiel possess and how much did he know about worlds before our own? 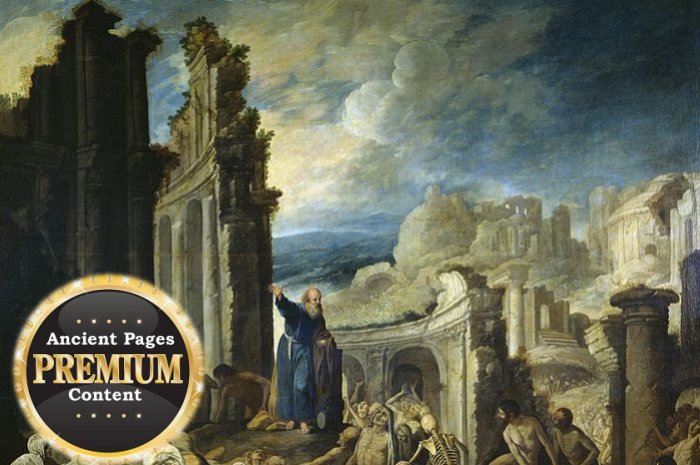 Born in Israel, Ezekiel was forced to leave his country after Nebuchadnezzar, king of Babylonia conquered Jerusalem. According to historian Josephus (37 C.E. 100 C.E.), King Nebuchadnezzar exiled 3,000 Jews and among them was Ezekiel who was forced to spend the rest of his life in Babylonia. The prophet had many interesting prophecies that were later compiled in the Book of Ezekiel.

In his visions, Ezekiel witnessed, the Divine Chariot, the Valley of the Dry Bones and the Third Temple.

Scholars have paid much attention to Ezekiel’s prophecies and analyzed them in great detail, but the Biblical prophet also said something that is not often discussed.

Could some of his words be revealing secret knowledge of lost advanced ancient civilizations and technology that shouldn’t exist at the time? Have we misunderstood some of Ezekiel’s thoughts and words? There are scholars who suggest Ezekiel’s words have been misunderstood. This theory opens the doors to a very intriguing story we will be discussing today.