A. Sutherland - AncientPages.com - The empusa originally appeared in the mythology of classical Greece as a frightening female monster. She is a demonic vampire without shape of its own, but with the ability to appear in many different animal guises, and as a beautiful, tempting, young woman. 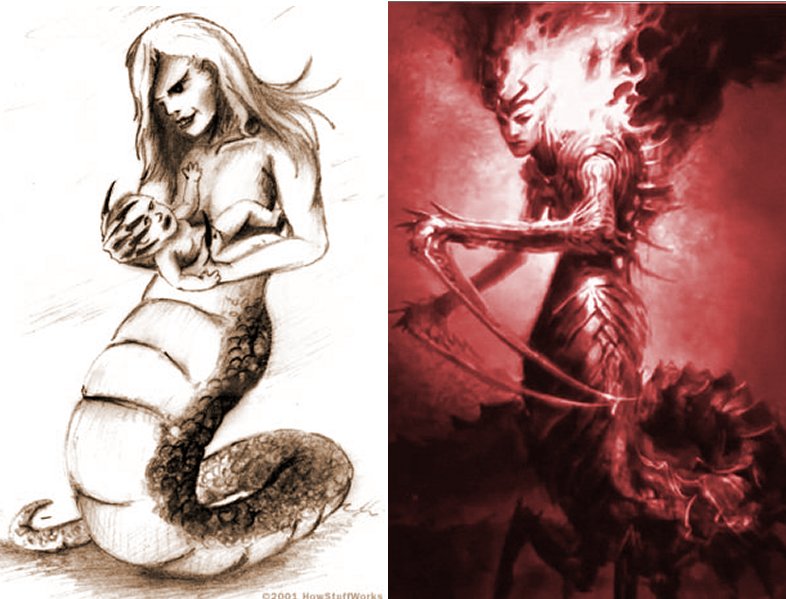 Modern-day Greek folklore still speaks of the empusa, who enters the body of its human prey (particularly children) to consume the flesh and blood of its victim. She loves to eat young and beautiful bodies and drink their blood because it’s strong and pure.

Empusa represents the Grecian form of a vampire. In the Greek myth, this female demon is usually described as having one prosthetic leg, made of brass and the other leg of a donkey; from the waist up, Empusa is a human-like creature, with hideous blemishes and blotches on her skin.

She was said to have been the daughter of the goddess of witchcraft, the night, moon, ghosts and necromancy, Hekate, and was sent by her to torment people, especially travelers.

The monster thrives in waters and on land, so it tends to dwell along the coast. Lurking on the darkened roads at night, the empusa seeks its prey. She is the shape-shifter that changes its apparition into an animal or to a beautiful woman; she lures its offer to drink its blood and consume its flesh.

An ancient story about a 25-year-old man of Lycia, Menippus, who is smart, handsome, and exceptionally well-built as an athlete relates an encounter with this evil creature. 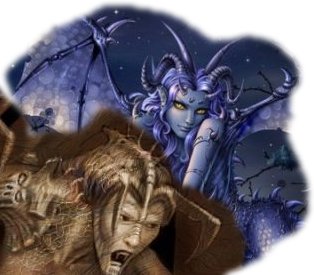 One day, as Menippus walks along the road, he is met by an apparition – an empusa – in the guise of a foreign woman.

She is the Phoenician and under her spell, he falls in love with her, unaware of what she really is. They make plans to marry.

Apollonius is rather skeptical of her; he attends the wedding and is introduced to her by Menippus. This very rich woman is the mistress of all the servants.

Hearing this, Apollonius tells Menippus that his wonderful bride is nothing but a vampire, who – like others in her race - loves to devour the flesh and blood of its victims.

Menippus’ bride is offended and orders Apollonius to leave, but his words have already broken her spell and all the gold, silver and the servants vanished.

Pretending to weep, this demonic creature begs Apollonius not to force her to confess what she really is, but he does. Finally, she admits she usually chooses her offers among young and beautiful people to dine on them, and Menippus is one of them.

Belief in this evil monster persists into modern times.

Present-day shepherds blame her for accidents that happen to their animals, claiming that she suddenly appears, hurts them, and disappears again. Later tales describe a whole race of these monsters - the Empusae - living on the North African coast in Libya.

The empusa is the early Greek term for the later Latin term ‘lamia’. Over the ages, the descriptions of this female demon changed considerably and were often confused with Lamia

Ancient people believed that the only defense against these monsters was abusing them verbally or shouting insults. As a result, they screamed and fled their way.

Except for the Greek account of Empusa, the same awful creature is known in other ancient cultures of the Mediterranean region.

Grant M, Hazel J. Who's Who in Classical Mythology