Ellen Lloyd - AncientPages.com - The March on Versailles, was one of the earliest and most significant events of the French Revolution.
On October 5, 1789, women had suffered enough injustice as a result of the economic crisis in France. Bread was very difficult to get and very expen, and feeding children seemed like an impossible task.

The angry women decided to complain directly to the King Louis XVI and his family as well as their entire court. 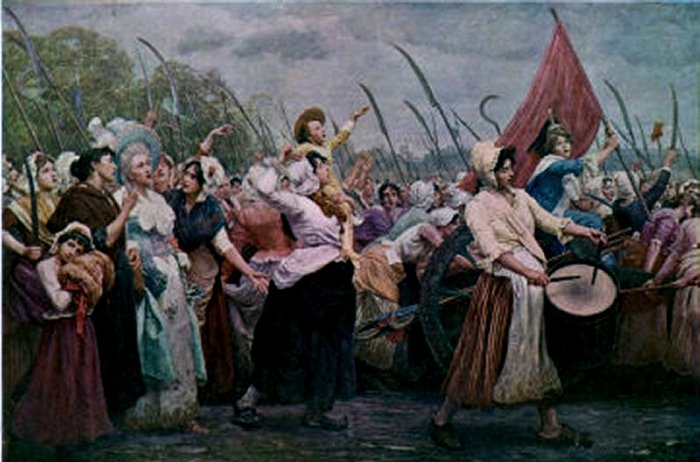 Their demonstrations quickly became intertwined with the activities of revolutionaries, who were seeking liberal political reforms and a constitutional monarchy for France.

The huge crowd of frustrated market women and their various allies grew into a mob of thousands, and encouraged by revolutionary agitators, they ransacked the city armory for weapons and marched to the Palace of Versailles, about 13 miles from Paris. 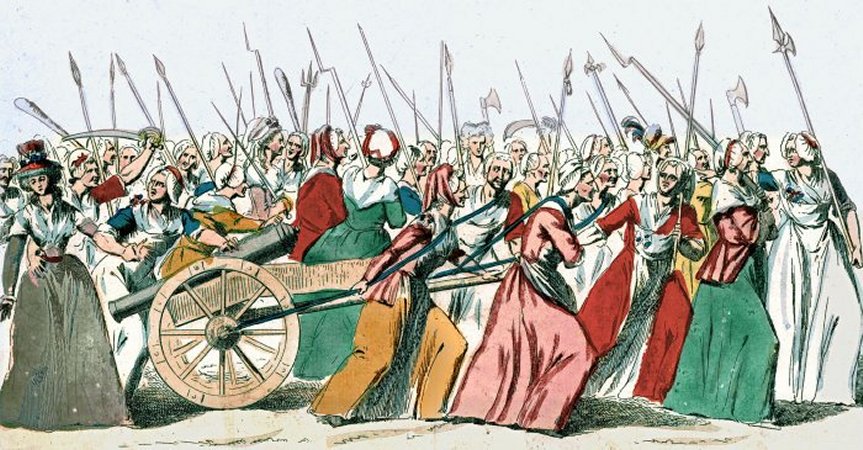 They demanded to see "the Baker," "the Baker's wife," and "the Baker's boy". The crowd besieged the palace, and in a dramatic and violent confrontation.

Some of the crowd got into the Queen's quarters and Marie Antoinette barely escaped by way of a secret passage that is still partly intact at the Palace at Versailles to the King's room.

The King agreed to meet with some of the women and promised to distribute all the bread in Versailles to the crowd. The arrival of the National Guard on the scene determined to take the King back to Paris complicated things for the King.

These events ended the King's independence and signified the change of power and reforms about to overtake France. The march symbolized a new balance of power that displaced the ancient privileged orders of the French nobility and favored the nation's common people, collectively termed the Third Estate. Bringing together people representing sources of the Revolution in their largest numbers yet, the march on Versailles proved to be a defining moment of that Revolution.