Ellen Lloyd - AncientPages.com - Why did warrior queen Mavia launch a massive revolt against ancient Romans is a question a curious historian can ponder long and hard.

But one thing is certain, queen Mavia had no intention of accepting Romans’ terms whose trademarks were exploitation and harassment of smaller and larger kingdoms. These activities were well-known in the region and various rulers had objections.

Ancient Romans were naturally powerful and wealthy, but most of their riches came from conquering lands that could not easily defend themselves. 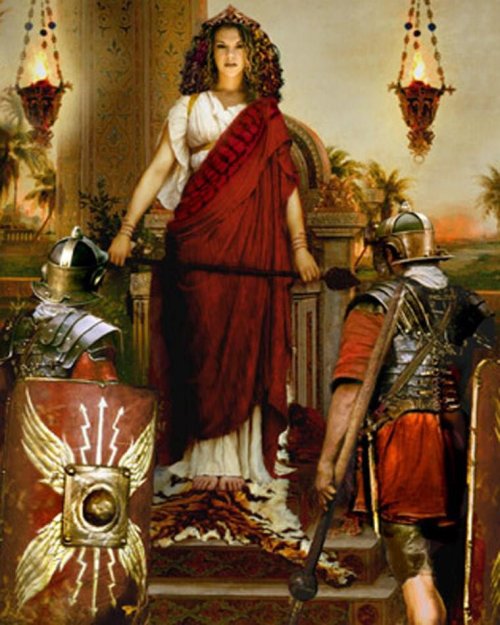 Queen Mavia held peaceful relationships with benevolent kings and queens of neighboring kingdoms, but ancient Romans’ desire to spread across foreign territories in order to establish worldwide domination made them extremely unpopular.

So, one day queen Mavia said enough is enough and decided something must be done against the Romans. Finding allies was not particularly difficult because people of various tribes and kingdoms had just one target – the Roman Empire.

Who Was Queen Mavia?

Mavia (c. 375 - c. 425 CE) was a queen of the Tanukhids, a confederation of Araba tribes sometimes referred to as the Saracens. These people emerged in northern Arabia and south of Syria in the 3rd century BC.

In the 4th century, the Tanukhids allied with Romans in the East and became foederati of Rome, which meant Romans provided them with benefits in exchange for military assistance.

According to this treaty, a kingdom had no obligation to continue to provide the Roman Empire with services after the leader’s death.

There is not much information about Queen Mavia, but she is considered one of the most powerful women of ancient Arabia after Zenobia.

Historians are still trying to determine whether Queen Mavia was Christian from the beginning or became it only later.

Shortly after the death of her husband al-Hawari, the last king of the semi-nomadic Tanukh, Queen Mavia revolted against Romans. The cause of the revolt remains a subject discussed by historians.

It appears religious motives were behind the uprising. Roman emperor Valens refused to the requests of the Arabs for an orthodox bishop. Instead, he wanted to send an Arian spiritual leader and this was unacceptable.

But in what way was this related to the actions undertaken by Queen Mavia? She left Aleppo with her people, went to the desert and forged alliances with various Arab tribes and launch an attack on ancient Romans.

The most peculiar aspect of this story is that she was not a Christian at the time, or at least that is the conclusion some historians have reached.  It is believed that during her military campaign she met an ascetic monk who impressed her so much that she became an Orthodox Christian.

She also utilized the mobility of their military units to conduct numerous raids.  She also had the advantage that her warriors were familiar with Roman military tactics after having fought for the empire

Romans were unprepared for these fierce attacks of the Arabic queen and could not crush the revolt. 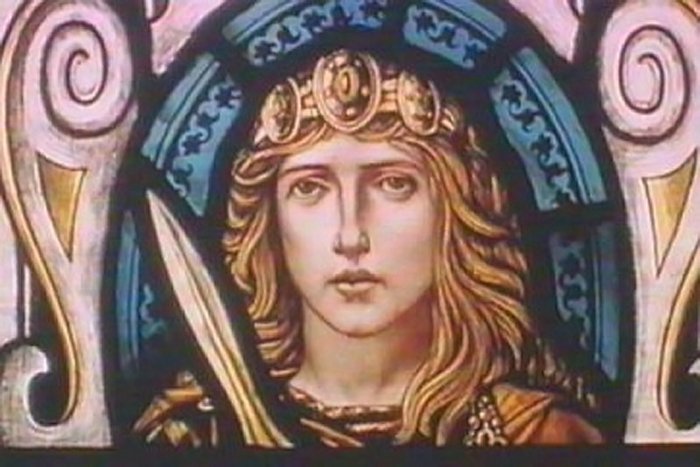 Many people supported Queen Mavia who personally led her warriors into battle. She was a brave woman, a strong political leader, and an excellent commander. This meant warriors had full trust in her and their war against Romans turned into a success.

As much as they may have disliked it, Romans capitulated to a woman, and this wasn’t the first time in their history.

Emperor Valens had no choice than to agree to peace and accept Queen Mavia’s terms. She had one particular wish. She told the Roman Empire she wanted Moses, the ascetic monk she had met earlier to be ordained a bishop for her people.

To show her goodwill and respect for the peace treaty she also sent her forces to help Romans fight the Goths.

Mavia, the fierce and determined Arabic warrior queen died in Anasartha, east of Aleppo in 425. She is today recognized as one of the most courageous ancient women in the history of Syria.