David Tee - AncientPages.com - There is a difference between the terms Visigoths and Ostrogoths.

The former word means western Goths and the latter means eastern Goths, but the Goths themselves rarely referred to themselves in this manner. Their beginnings, like most ancient civilizations, is lost to history. 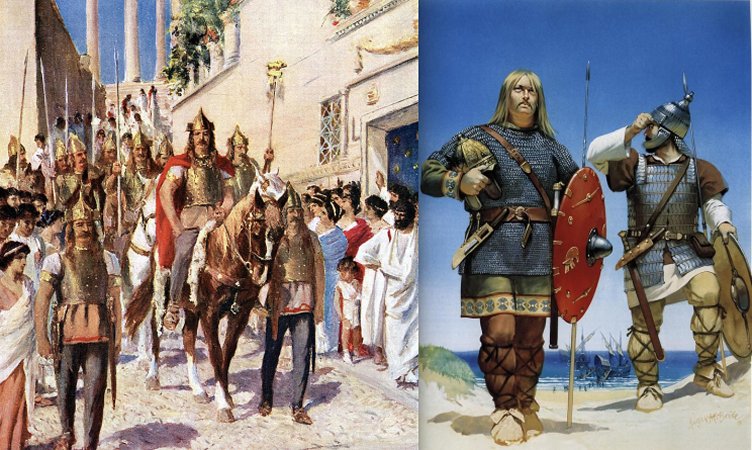 Some argue that the Goths originated in Scandinavia. Others claim the Goths were from Poland or some Germanic heritage. Herodotus made a connection between the Goths and the Scythians, but that identification may or may not be valid.

The people were often associated with barbaric practices and the term barbarian applied to anyone who didn’t speak Greek. Yet even with this wild reputation, somehow the Goths were able to influence the art and architecture worlds, including modern subculture.  Their Gothic style was depicted as dark ad romantic.

The Goth’s Rise To Fame And Power

Tacitus spoke of the Goths as Germanic and a united people who were fierce fighters. Yet caution is given as Tacitus wrote about them in the 1st century AD and the majority of accounts come hundreds of years later. The people Tacitus wrote about may not be the same Goths of the 4th and 5th centuries AD.

Most of the Goth’s fame came after they started battling with the Romans. Not much is known about them prior to those conflicts. Their own runic language has few extant examples thus a complete history of the Goths is unobtainable.

Like the Persians before them, the Goths attacked Greece in the 3rd Century AD at the pass of Thermopylae but the outcome is not known. The recorded text ends before the victor could be identified. Decius, a Roman Emperor, suffered the loss of men and territory in the Greek wars with the Goths.

A love-hate relationship with Rome began somewhere in the 3rd r 4th centuries. The Goths would attack certain cities under Roman control, yet they would also serve as soldiers in the Roman legions. The two nations also traded with each other.

The Goths And The Huns

Even though they had a complicated relationship with the Romans, the Goths still had other enemies looking for their land. One of those enemies were the Huns. The Huns pushed the Goths territorially towards the Romans. The Romans did not like the Goths and subjugated them to humiliating treatment. 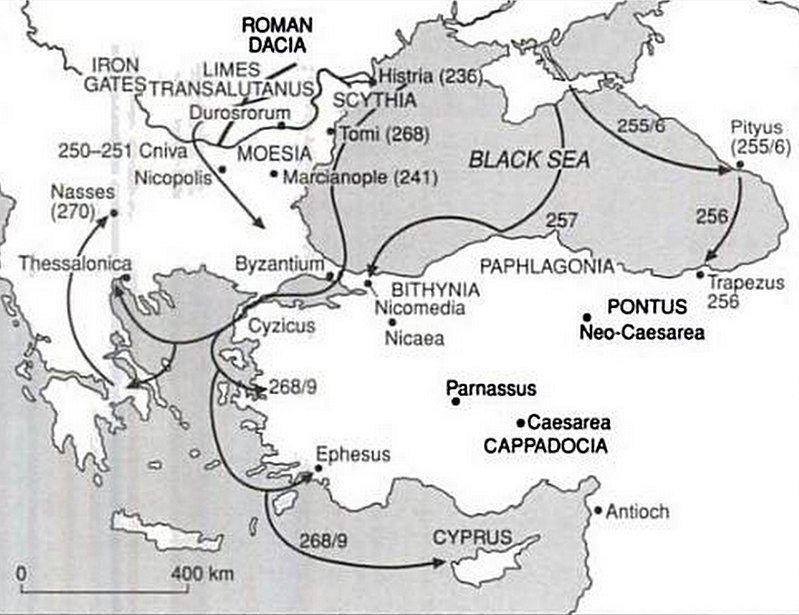 The bad treatment finally broke the Goths and they rebelled against the Romans in the Balkans. Emperor Valens and his army were killed by the Goths at the battle of Adrianople in 378 AD. His successor, Theodosius, made a peace pact with the Goths that lasted until 395 AD.

Alaric came to the Gothic throne just as the Western Roman Empire was coming apart and weakening. Taking advantage of the rebellions by other factions in Gaul and Britain. Alaric decided to lay a siege on Rome itself.

He was motivated by a failed earlier attempt to invade Italy and the massacre of Goths in the Eastern Roman Empire. Bolstered by runaway slaves and supporters of Stilicho, a Roman general killed by Honorius, Alaric and his army attacked Rome in 410 AD.

Sadly, for Alaric, he died shortly after conquering Rome.

The End Of The Goths

Prior to Alaric’s victory, the Goths did divide themselves. One group of Goths were friendly to Rome and willingly adapted to the Roman lifestyle. Led by Fritigin, the one faction became Christians under the Arian banner.

The other faction remained more or less pagan and were led by a staunch anti-Romist Athanaric. The two factions went to battle with Athanaric winning the war. The defeat helped push Fritigin closer to the Romans and it helped lead to a guerilla type war between Athanric and the Romans.

This type of warfare would have been won by the Goths if it had not been for the intervention of Attila the Hun and his army. The Huns destroyed the Goths food supply forcing Athanric to make a treaty with Rome.

Even with this intervention, some of the Goths allied themselves with the Huns and continued to battle Rome. But as history showed, that whenever the Goths got a successful foothold, someone was always there to take it away from them.

After the 2nd Gothic War, the Goths disappeared from history.

Henry Bradley - The Story of the Goths: From the Earliest Times to the End of the Gothic Dominion