AncientPages.com - Three chariots dated to Bronze Age” (2000-1800 BC) have been unearthed at Sanauli village some 60 km drive from Delhi, in northern India, reports Outlook India.

The three chariots are decorated with copper triangles, symbolic of the rays of the sun and suggest the existence of a two-wheeled open vehicle that may have been driven by one person, according to archaeologists. 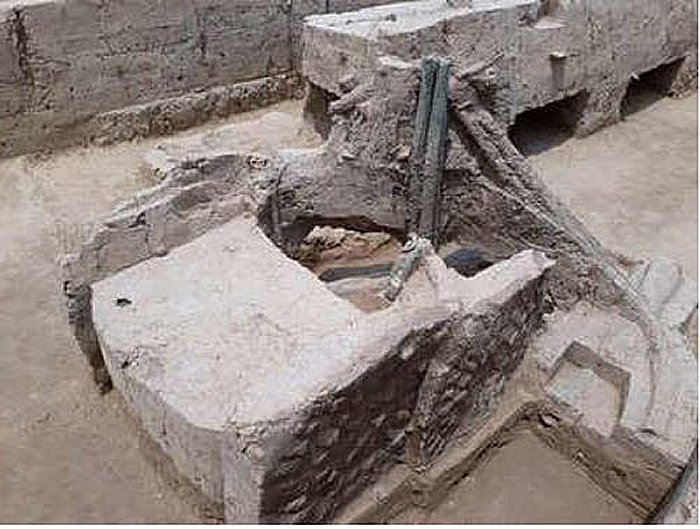 The excavations at this site began in March this year and archaeologists unearthed eight burials, several artifacts, including antenna swords, three coffins (decorated with floral motifs) , daggers, combs and ornaments.

"The wheels rotated on a fixed axle linked by a draft pole to the yoke of a pair of animals," said S. K. Manjul of the Institute of Archaeology in Delhi.

"The axle was attached with a superstructure consisting of a platform protected by side-screens and a high dashboard. 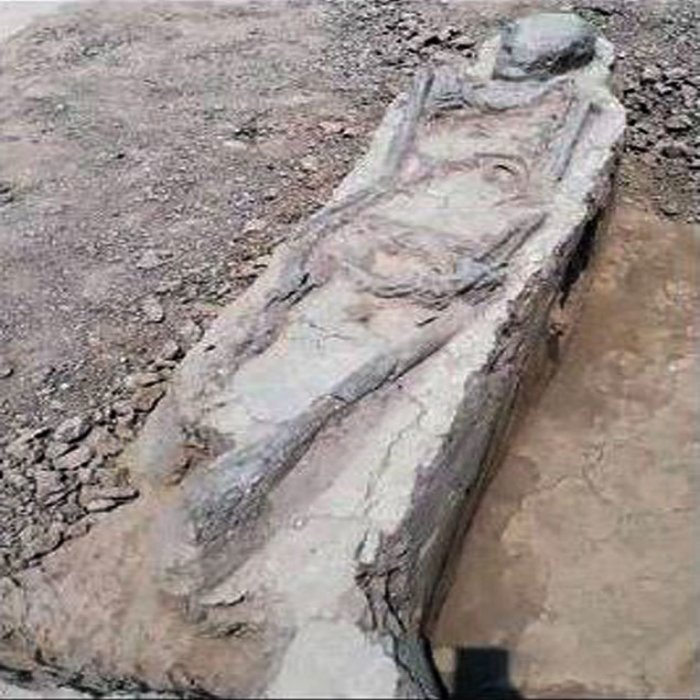 A coffin found at one of the ‘royal burial’ sites. source

Manjul termed the digging drive a "path-breaking" one, also because of the copper plated anthropomorphic figures -- having horns and peepal-leafed crowns -- found on the coffins, that indicated a possiblity of "royal burials".

He also said that "for the first time in the entire sub-continent we have found this kind of a coffin. The cover is highly decorated with eight anthropomorphic figures."
While coffins have been discovered during past excavations in Harappa, Mohenjo-daro and Dholavira (Gujarat), but never with copper decorations, he added. 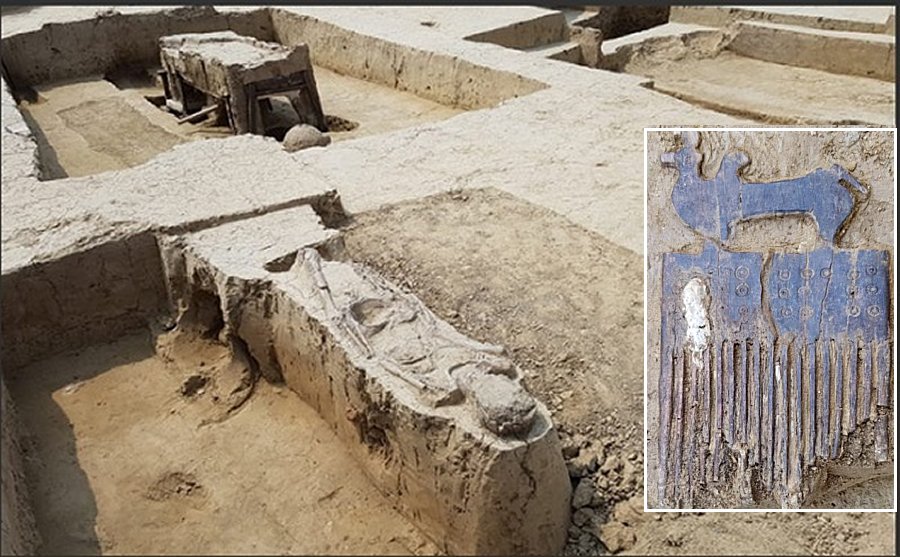 The finds from the contemporary Harappan civilisation | Archaeological Survey of India via The Print.in

"We are now certain that when in 2000 BC, the Mesopotamians were using chariots, swords, and helmets in wars, we also had similar things."

The swords, daggers, shields and a helmet confirmed the existence of a warrior population, and the discovery of earthen and copper pots, semi-precious and steatite beads, combs, and a copper mirror from the burial pits point towards a "sophisticated" craftsmanship and lifestyle.
"It is confirmed that they were a warrior class. The swords have copper-covered hilts and a medial ridge making it strong enough for warfare. We have also found shields, a torch and daggers," the archaeologist said. 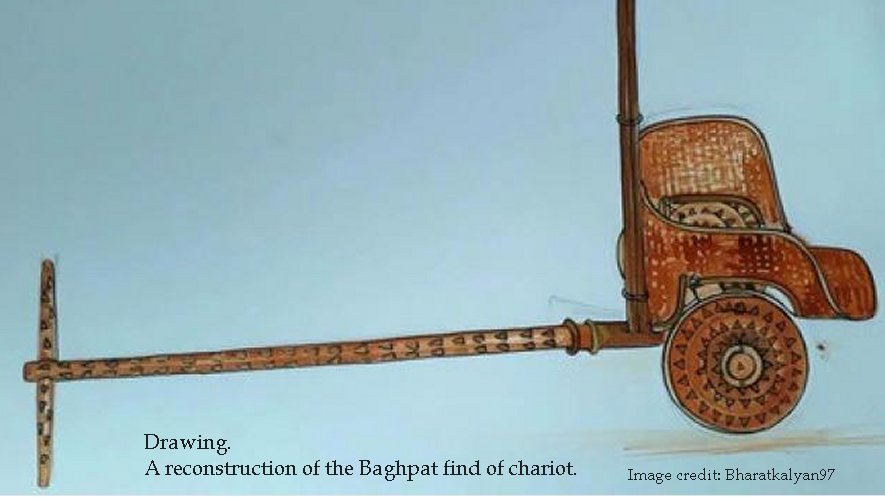 While it was difficult to ascertain the exact race of the latest buried remains, Manjul asserted that the chariots and coffins did not belong to the Harappan civilization.

"The findings of the 2005 excavation -- pottery, beads and other cultural material -- were similar to those of the Harappan civilisation."
Manjul said the similarities could have been an outcome of the migration of the Harappans to the Yamuna and the upper planes during the late mature Harappan era. However, the recent findings were "completely different" from the ancient civilization.