AncientPages.com - On December 15, 1612, Simon Marius (1573 - 1624) mathematician and astronomer, independently rediscovered the "Nebula in the Girdle of Andromeda", actually the Andromeda Galaxy (M31).

Marius was German astronomer, pupil of Tycho Brahe, one of the earliest users of the telescope and the first in print to make mention the Andromeda nebula. 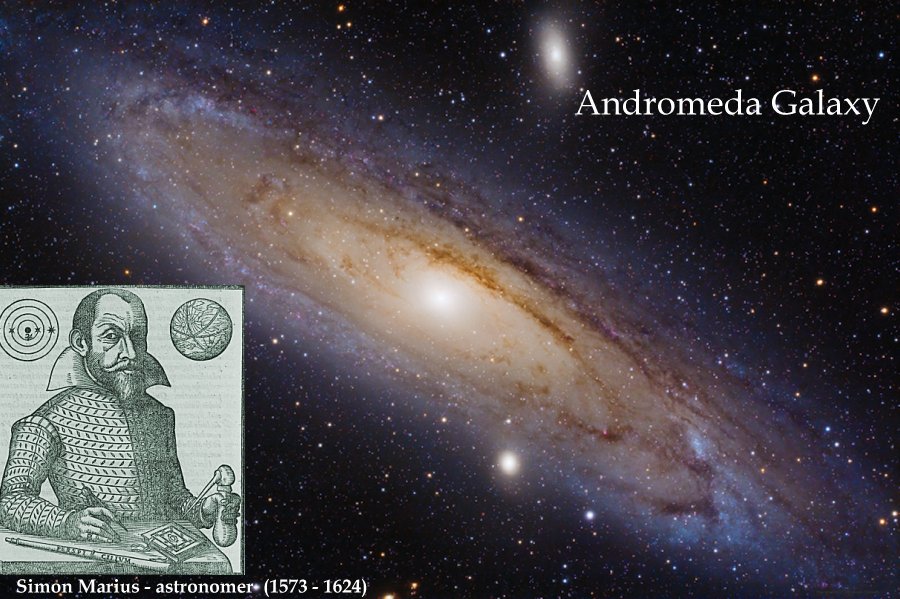 He saw the object with a very moderate telescope and described it as looking like a "flame seen through horn".

The Andromeda galaxy is the most distant object in the sky that can be seen by the unaided eye.

Marius’ earliest astronomical activities also include observations of a comet in 1596 and of Kepler's supernova in 1604. In 1608, he learned of telescopes and started to acquire the skills of producing one (like Galileo).

It is said that he independently discovered Jupiter's Moons (despite Galileo's claim of a plagiary, which had some evidence because it seems that he had already helped Capra in Padua to plagiate Galileo's note describing the use of compass), and proposed the names they have since.