A. Sutherland - AncientPages.com - One of the great personalities of the ancient world is Hammurabi. Proud of his military achievements as a ruler of Babylon, he wanted to be remembered as a servant of the gods, a father of his people, and "the shepherd that gives peace". 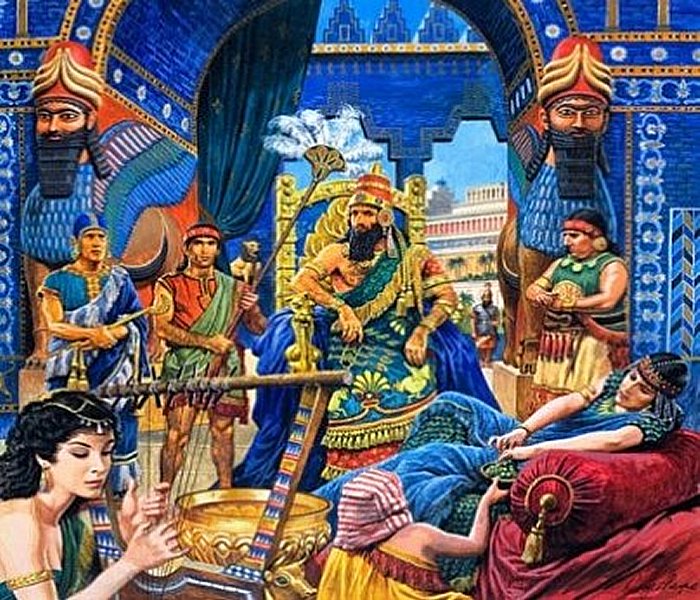 Eventually, after many wars, he defeated their rulers and took their lands.

Hammurabi, who reigned c. 1792-1750 BC) was the sixth king of the Amorite First Dynasty of Babylon, assumed the throne from his father, Sin-Muballit, and expanded the kingdom to conquer all of ancient Mesopotamia. 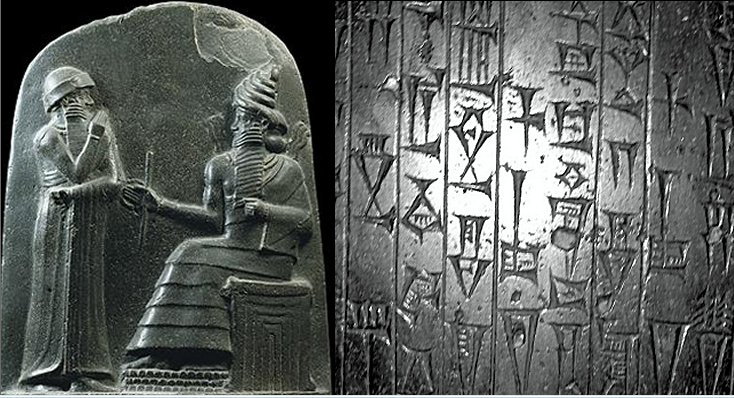 Left: Stone carving showing Hammurabi, the king of Babylon, standing before a god; Right: The Code of Hammurabi text fragment

He became the first, who during their rule lasting 43 years, united all Mesopotamia and significantly expanded the boundaries of the Babylonian kingdom by conducting numerous winning wars. 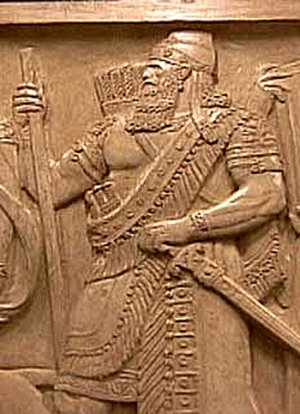 He conquered the powerful Uruk and Isin in 1787 BC; his main goal was to gain control over the Tigris and Euphrates waters but it was not easy.

Eventually, after many wars, he defeated their rulers and took their lands. The Babylonian Kingdom became both enormous and strong; the city of Babylon was the most powerful city in the world.

Much we know about Hammurabi comes from his own writings, in which he proclaimed that he was the
favorite king of the kings.

Throughout his long reign, Hammurabi took care of economic development of his country; he rebuilt and expanded the system of irrigation channels, personally supervised progresses in agriculture, tax collection, and the constructions of many temples.

However, his name is predominantly associated with the ‘Code of Hammurabi’.

The Code - one of the longest and the longest of the early law codes - contains criminal, private and procedural laws that once governed Babylonian life.

The laws were recorded on the black stone stela over eight feet tall (2.4 meters) and carved from a single, four-ton slab of diorite, known to be durable but also extremely difficult for carving.

The laws covered such subjects as:

Ex. Law #127: "If any one 'point the finger' at a sister of a god or the wife of any one, and can not prove it, this man shall be taken before the judges and his brow shall be marked (by cutting the skin, or perhaps hair).

Ex. Law #265: "If a herdsman, to whose care cattle or sheep have been entrusted, be guilty of fraud and make false returns of the natural increase, or sell them for money, then shall he be convicted and pay the owner ten times the loss.

Slavery and status of slaves as property

The duties of workers

Ex. Law #42: "If any one take over a field to till it, and obtain no harvest therefrom, it must be proved that he did no work on the field, and he must deliver grain, just as his neighbor raised, to the owner of the field."

Ex. Law #104: "If a merchant give an agent corn, wool, oil, or any other goods to transport, the agent shall give a receipt for the amount, and compensate the merchant therefore, he shall obtain a receipt from the merchant for the money that he gives the merchant."

Ex. Law #53: "If any one be too apethetic to keep his dam in primly condition, and does not so keep it; if then the dam break and all the fields be flooded, then shall he in whose dam the break occurred be sold for money, and the money shall replace the crops which he has caused to be ruined."

Ex. Law #142: "If a woman quarrel with her husband, and say: "You are not congenial to me," the reasons for her prejudice must be presented. If she is guiltless, and there is no fault on her part, but he leaves and neglects her, then no guilt attaches to this woman, she shall take her dowry and go back to her father's house."

One of the best known laws from Hammurabi's code was:

Hammurabi had many other punishments, as well. If a son strikes his father, his hands shall be hewn off. Translations vary.

Ex. Law #129: "If the wife of a man has been caught lying with another man, they shall bind them and throw them into the waters. If the owner of the wife would save his wife then in turn the king could save his servant."

Ex. Law #3: "If a man has borne false witness in a trial, or has not established the statement that he has made, if that case be a capital trial, that man shall be put to death