Ellen Lloyd - AncientPages.com - One would think twice before committing crimes in ancient Egypt. The punishments for breaking the law were severe, and in some cases fatal.

Ancient Egyptians had many laws and those who dared to interfere with the Cosmic Order – Maat had to pay a high price, but not with money.  No person stood above the law. Powerful nobles and officials could be punished just as easily as farmers and pyramid builders. No-one was special and could be allowed to misbehave. 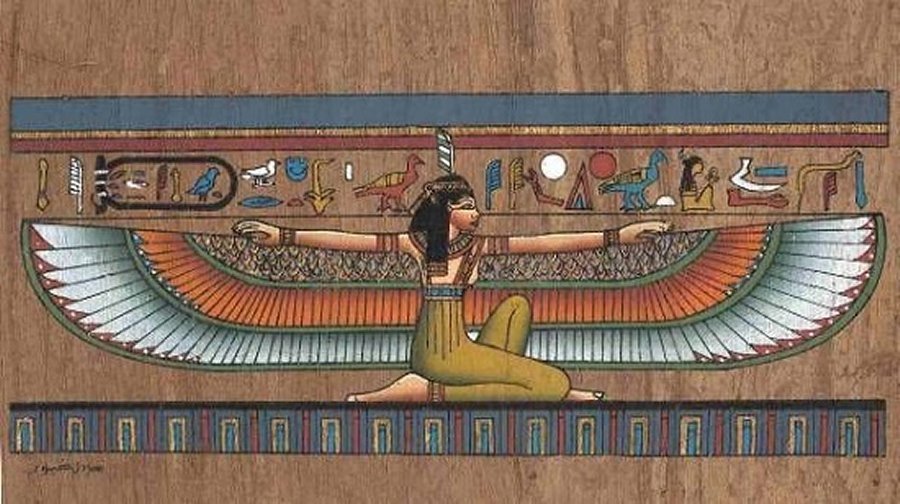 Depending on the type of crime, a person risked drowning, mutilation, decapitation, or being burned alive.

Maat - The Cosmic Order Must Be Maintained

The Pharaoh was responsible for the maintenance of the Maat System that we discussed earlier on Ancient Pages.

Maat represented the most essential religious concept of the Egyptian view of the world. It was a concept of order of the world that the gods, pharaohs, and ordinary people had to obey.

Maat was the Harmony or Law of the Universe.  The lack of Maat and her departure meant an inevitable return to the original chaos (Nu) and the end of the known world.

The 42 Principles of Ma'at, commonly known as the “Negative Confessions” are very similar to the Ten Commandments.

Every Egyptian was responsible for maintaining the Cosmic Order.

The Vizier Was Respected And Feared

Next after the Pharaoh, the most powerful person in ancient Egypt was the vizier. As the highest state official, the vizier was the immediate subordinate of the king and responsible for legal matters, and thus feared by criminals.

The vizier was appointed by the Pharaoh and he was usually one of the king’s younger brothers. The duties of the vizier were defined in the Instruction of Rekhmire (Installation of the Vizier), a New Kingdom text. All other lesser supervisors and officials, such as tax collectors and scribes, would report to the vizier. The vizier supervised Pharaoh’s personal security guards and all soldiers who protected temples and palaces.

The vizier was very powerful and appointed judges. When a serious crime was committed, the vizier was the one who defined the punishment. It’s very likely that the vizier consulted the king with regard to all difficult decisions. In ancient Egypt, no one could receive a death sentence without the Pharaoh’s express permission.  The vizier was also not allowed to judge an official on the basis of suspicion and charges without having heard his defense.

The worst prison in ancient Egypt was located in Thebes. Known as the Great Prison, this place served as a confinement and labor camp. In his book, Duties of the Vizier, author G. P. F. Van Den Boorn writes “its inmates included convicted criminals, people awaiting execution for capital crimes and corvée laborers.” The last-mentioned were unpaid workers. Statute labor is a corvée imposed by a state for the purposes of public works.

The supervisor of the most important prison in Thebes was the vizier. In short, anyone who broke the law in Egypt feared the vizier with good reason. Ancient Egyptians were extremely harsh when they found out someone had interfered with the Maat system.

During the Fifth Dynasty (2,500 B.C. – 2,350 B.C), Egyptian Vizier Ptahhotep, occasionally known as Ptahhotep I, Ptahhotpe or Ptah-Hotep wrote several instructions based on his wisdom and experiences.

His precious text contains advice on how to live your life and much of what he wrote is still highly relevant today.

The Maxims of Ptahhotep influenced later philosophical works and his work is one of the first Egyptian books.