A. Sutherland - AncientPages.com - Akhenaten is one of the most famous rulers in the Land of Pharaohs and he still remains a unique and controversial figure in the history of his country.

He ruled over Egypt for seventeen years during the 14th Dynasty. 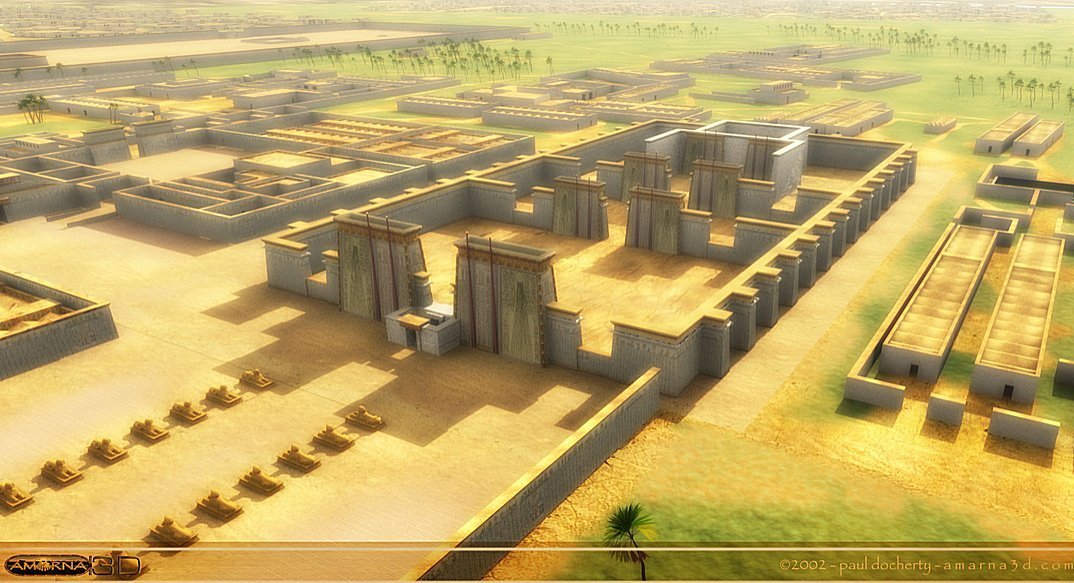 Akhenaten born as Amenhotep IV was the son of Amenhotep III, the Magnificent, the ninth ruler of the Eighteenth Dynasty, and Queen Tiye who was of non-royal origin and Amenhotep III’s Great Royal Wife.

Akhenaten’s father ruled for about forty years and his rule is believed to have been successful.

At the height of the 18th Dynasty, the eldest son of King Amenhotep III, Crown Prince Tuthmosis died unpredictably, making his younger brother Akhenaten - who at the time still had his original name, Amenhotep IV - next in line for the throne.

Not much is known about the young Akhenaten, only that he spent much time in Memphis or in his father’s palace-city Malkata, near Medinet-Habu, on the west bank of Luxor. When he became king he was already married to Nefertiti, his beautiful life-companion, advisor, and co-ruler. Most probably he was already the father of a daughter Meritaten “Beloved of Aten” and the choice of his daughter’s name makes us wonder.

At what age did he become fascinated with the new god?

Akhenaten’s Dream And A Sudden Dramatic Change In Ancient Egypt

At the beginning of his kingship, Akhenaten still used his name Amenhotep IV. There is some evidence that he initially paid tribute to both aspects of the sun god: Aten and Amun-Re. In his early years as king, portrayed on one of the pylons in the temple of Karnak, his new god Aten, was identified with Re-Horakte, depicted as a falcon with a sun-disc on his head.

Interestingly, in the Nubian town of Sesebi, where Akhenaten established a temple, the god Aten in falcon form is depicted in the company of all traditional Egyptian gods.

His image as pharaoh was the image of the king with all his human weaknesses; he did not hide imperfections of his body, elongated face and slanting eyes, on the contrary, he rather glorified and exaggerated them. 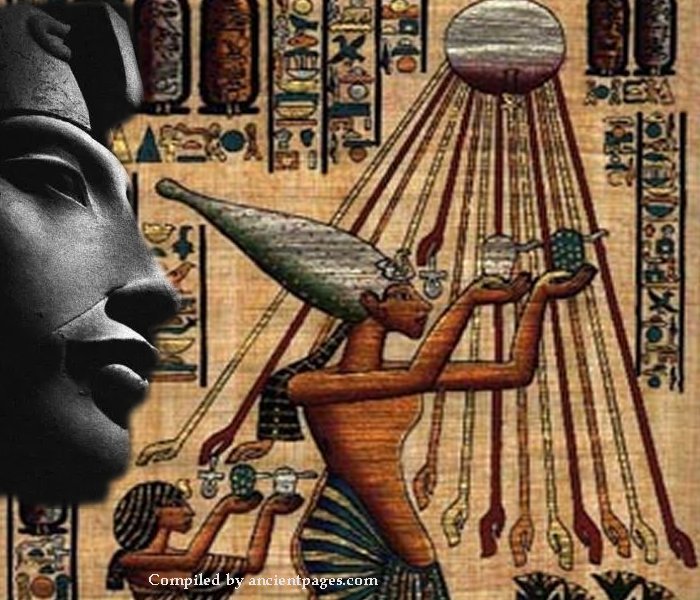 In his 4th or 5th year of rule, the young pharaoh began the great passion of his life. He changed his name from Amenhotep ("peace of Amon") to Akhenaten and announced that Aten appeared to him in a dream and told that he was the supreme and only god. From this moment, Akhenaten openly began to express his dissatisfaction with every old Egyptian tradition.

Was it only a dream he had or did he have another, special motif to replace more than 2,000 deities of Egyptian pantheon?

Why was Akhenaten determined to limit the priests’ role and power in ancient Egypt?

Did he have an unknown agenda that he only revealed to his closest advisers?

Belief In One Supreme God – One And Only

As a result, he began the methodical eradication of all signs related to the Amun-Re cult. He withdrew funding from all temples of "false gods". Taking money and power away from what was, at the time, a very powerful and wealthy priestly class, created chaos, discontent, and protests.

Akhenaten - The Founder Of The City Of Amarna

In his 6th year of reign, the pharaoh found a perfect place for his new capital. This piece of land, located on the east bank of the Nile River, belonged to no-one and referred to no god. 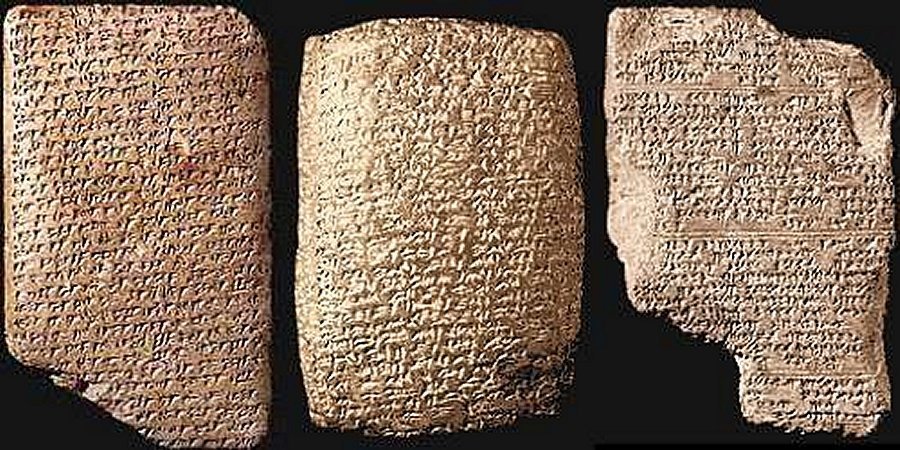 Examples of “The Amarna Letters” (images: British Museum) discovered in 1887. There are 382 known clay cuneiform tablets, whose contents shed light on Egyptian relations with Babylonia, Assyria, Mitanni, the Hittites, Syria, Palestine, and Cyprus. They are important for establishing both the history and chronology of the period.

He called it – Akhetaten (“The Horizon of the Aten”) and established the city devoted to the god, whose depiction showed an image of the sun with rays radiating from it. Aten was regarded by Akhenaten as being the creative force of the universe that was manifested by the sun.

Clearly, the god itself – had no image.

The traditional capital of Thebes was replaced by the city of Akhetaten (now referred to as Amarna or Tell el-Amarna), with the king’s palace and the Great Temple of the Aten.

Rock-cut tombs were built in the neighboring cliffs to the south and north and several roofless temples so that rays of the sun would directly fall on the worshipers. Akhenaten moved with his family and other prominent and trustworthy citizens to the city.

The City Was Abandoned Shortly After Akhenaten’s Death

The city of the god Aten was abandoned shortly after his death. Archaeologists have gathered a lot of evidence that the place was intentionally destroyed. After his death, the traditional pantheon of gods was quickly readopted.

Many historians claim that Akhenaten was a careless, incompetent, and unsuccessful ruler. Their claims are most probably based on evidence in the form of the Amarna Tablets, which contain governmental documents and correspondence confirming his incompetence.

Was he perhaps too much focused on his religion? Is his religious legacy living in the Rosicrucians’ beliefs, which say there is one divine force behind all things?