A. Sutherland - AncientPages.com - In Norse mythology, giant Mimir usually appears in the company of Odin, the most powerful and wisest of the gods.

The giant Mimir, however, can easily compete with Odin because he – like the Norns - possesses the wisdom that is not from this world. 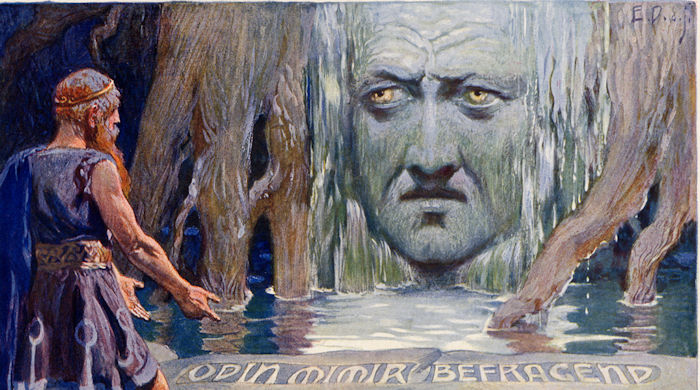 He is the consultant of the gods and knows the secrets of magic runes, and can predict the future. He is the god of knowledge and wisdom and is often called the god of prophecy.

Mimir (in Old Norse: "The Rememberer, The Wise One") is a mysterious figure in Norse beliefs, and it is unclear if he is a god or one of the giants. Three forms of his name are known: Mimi, Mimr, and Mimir, and this name has a strong association with the Latin "memor" – memory, and the Greek: "mermairo" – care.

Mimir is the owner of the Mimir's Well that keeps wisdom and understanding in the world. The well and Mimir's abode are located beneath the second root of Yggdrasil, the World Tree. Mimir guards the well, drinks from it daily, and gains his wisdom from this source. He also feeds Yggdrasil, the sacred tree, daily on the waters from the well.

A Sacrifice In Exchange For A Drink From Mimir's Well

Many visitors come and ask for a drink, but at first, they have to provide a sacrifice of some kind. The god Odin also attempts to access the sacred mead from the well. Mimir is aware of the value of such a favor. He demands a sacrifice in exchange for a drink from the well.

"All right, then I will give you a sip," he says, but it will cost you. The price will be your right eye." 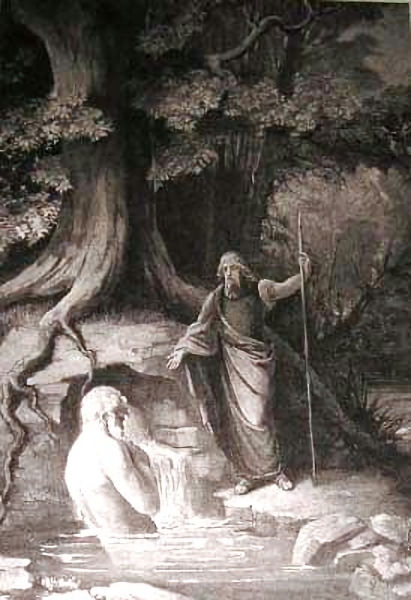 Whether Odin sacrifices the eye willingly or after some debate is unknown, but in the end, Odin drops his right eye to the well. The eye loss is the price Odin must pay to gain the privilege of drinking from the well.

Why Did Mimir's Head End Up In A Well?

From Norse mythology, we learn that after the war between the Aesir and Vanir, Mimir was sent together with Hoenir to the Vanir gods.

Known as God of Silence and Odin's brother, Hoenir was indecisive and always relied on Mimir to make the decisions. It made the Vanir suspicious and annoyed, so they beheaded Mimir and sent his Head back to Odin and the Aesir.

Odin used his magic to preserve Mimir's Head and often consulted the beheaded god for advice and wisdom. Mimir's Head is the wisest of all heads ever known, but it cannot solve all the problems.

On the day when Fenrir threatens the destruction of the world, the mighty Odin seeks Mimir's advice. Unfortunately, Mimir's Head, the wisest of all heads, cannot help him in this case.

Stories about Mimir are included in the Poetic Edda poems "Völuspá" and "Sigrdrífumál." However, the story about Mimir's Head is narrated only in Snorri Sturluson's "Ynglinga Saga," the first part of "Heimskringla."

Snorri most probably either quoted poems that have not survived in the manuscripts, or he invented this story.