AncientPages.com - Ancient giants roaming the Earth are mentioned in several myths and legends from all across the world.

Nevertheless, the existence of prehistoric giants is still a subject that causes great controversy among archaeologists and historians. If giants did exist, we should be able to find archaeological remains of these mysterious beings.  But what we define as giants today, is not always the same as people did in the past.

Archaeologists now say that King Sanakht, an ancient Egyptian pharaoh who ruled 4,700 years ago was a giant. According to scientists the skeleton of King Sanakht represent the oldest case of gigantism ever found.

King Sanakht’s identity is shrouded in mystery. He may have been Nebka, who was known to Manetho, and listed on both the Turin Cannon and the Abydos king list as the first king of this dynasty.

He ruled 18 or 19 years, and yet very little is known about him.

In 1901, a skeleton was discovered in a tomb near Beit Khallaf, Egypt, around 70 miles northwest from Luxor. 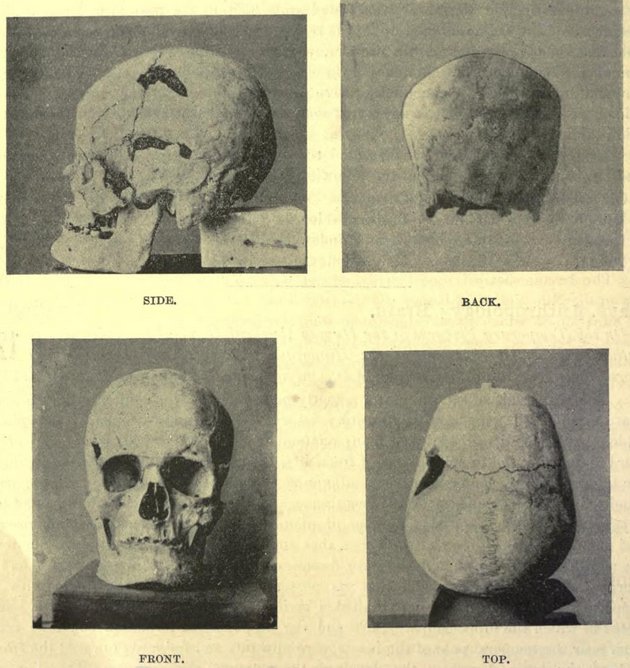 It is not clear who the tom belonged to, but relief fragments bearing Sanakht’s name led people to believe it belonged to this mysterious ancient Egyptian king.

Inside the tomb were remains of a man, researchers describe as a very tall man. He would have stood at around 187cm, or 6 feet 1 inch tall.

Today, we would hardly call a man having a height like this a giant, but the situation in Egypt was much different.

Modern people on average have gotten taller than their predecessors thanks to better nutrition and health. Most ancient would have been closer to 5 feet 4 inches on average. So, the man inside the tomb was certainly beyond average.

Ancient Jericho – City Of Giants And Home Of The Mighty Gibborim

Aldworth Giants: Knights Who People Tried To Erase From History

According to Francesco M Galassi and his colleagues from the University of Zurich, Sanakht’s unusual height was the result of gigantism, a hormonal condition that results in abnormal excessive growth. If correct, this would be the earliest ever diagnosis of the condition. 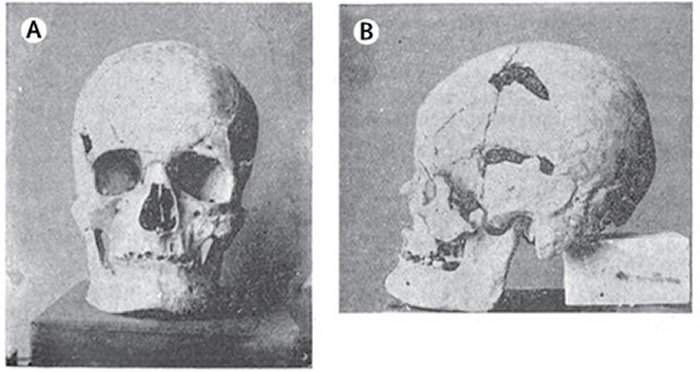 The skull attributed to Sa-Nakht, photographed by Garstang in 1903 (A) Frontal view and (B) lateral view.

Researchers measured King Sanakht’s skull and compared it with data from anthropological databases. The results of the study clearly showed that while royal people were generally taller than common people, King Sanakht was “much taller” than all the others. “From all known royal mummies, no other king or queen fulfils the requirement of gigantism,” the team wrote.

“The alleged Sanakht probably had gigantism, truly being the oldest known palaeopathological case in the world,” scientists concluded.

“In ancient times, no surgical or pharmaceutical treatment would be available; therefore, regression could only have resulted from degeneration of the pituitary gland. Infarction, a known clinical phenomenon in the modern world, could have occurred.”

Scientists also add that it is “far from certain” if the remains from the tomb did belong to Sanakht, “the medical assessment of potential gigantism [in] this case has a great value as it could be the oldest known case.”

Furthermore, even if the giant was not the king in question, he was likely someone from the upper classes. “The fact that he was buried with honors in an elite mastaba-tomb, after reaching adulthood, suggests that gigantism at the time was probably not associated with social marginalization.”