AncientPages.com - A pot containing some 500 silver and gold coins was found during water works conducted near the city of Vianen, in the province of Utrecht, central Netherlands.

Most of the coins seem to date from the 1470's and 1480's. Some of the coins show King Henry VI of England, David of Burgundy, Bishop of Utrecht and Pope Paul II.

The coins date from the 15th century, according to RTV Utrecht report, cited by NLTimes.

According to archaeologist Peter de Boer, a simple cooking pot made of glazed earthenware contains 12 gold coins and and hundreds of silver coins. Some textiles were also found in the pot, indicating that the coins were packed in fabric bags or cloths.

"Actually, every coin in this treasure is a story in precious metal", he said to the broadcaster, De Boer said. 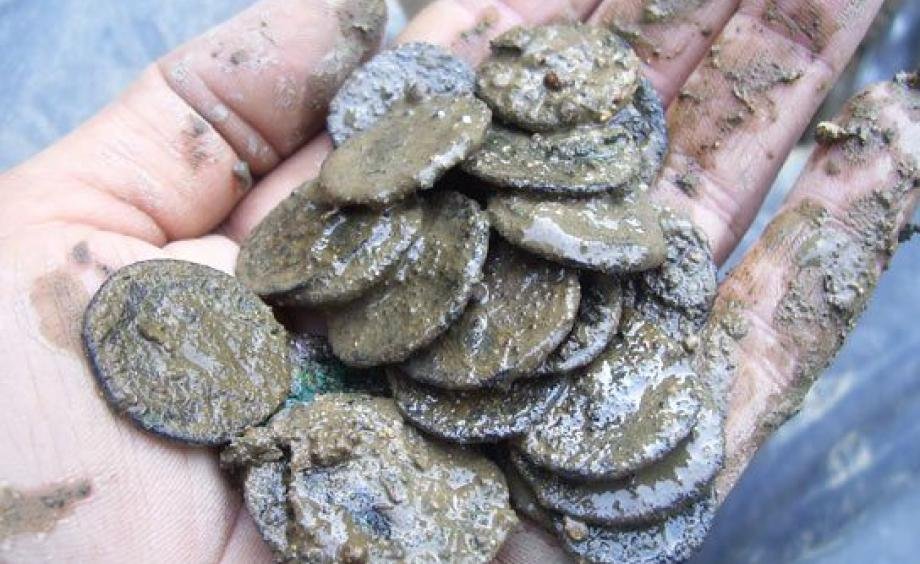 "Every gentleman gave out his 'business card' by way of a coin, and therefore there is a lot to discover. Stories over power relations, religion and a lot of symbolism."

According to the archeologist, little is known about life in this area after the siege and fall of medieval city Hagestein in 1405.

"In this sense we now have a 'pot full of stories' and such a random find makes you as archeologist very happy."

The coins now belong to, among others, the waterworks company, the project developer and the owners of the land where the coins were found, according to broadcaster NOS. These owners temporarily let go of the coins so that they can be studied. Once they've been valued, the owners will decide what will happen to them.