Peeling back the top five centimetres of a pile of buried in a field 2,000 years ago, archaeologists in Jersey are preparing to carefully extract a layer of gold jewellery in a specially-constructed laboratory at La Hougue Bie Museum, in the Jersey parish of Grouville. 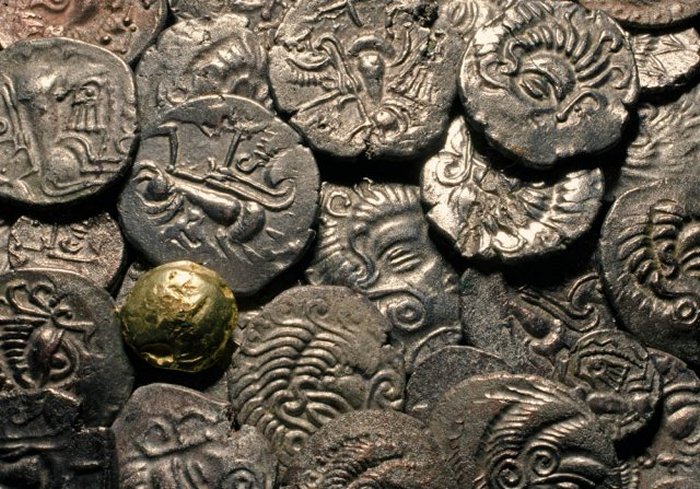 The museum is currently in the middle of a week-long opening, allowing the public to watch conservator Neil Mahrer and his team preserve the coins, which have been re-dated to between 30-40 BC. They are largely French but contain a number from the south coast of England, with torques, a “beautifully-crafted” silver ring, a small blue bead and a square centimetre fragment of woven cloth also emerging from the magnificent hoard. 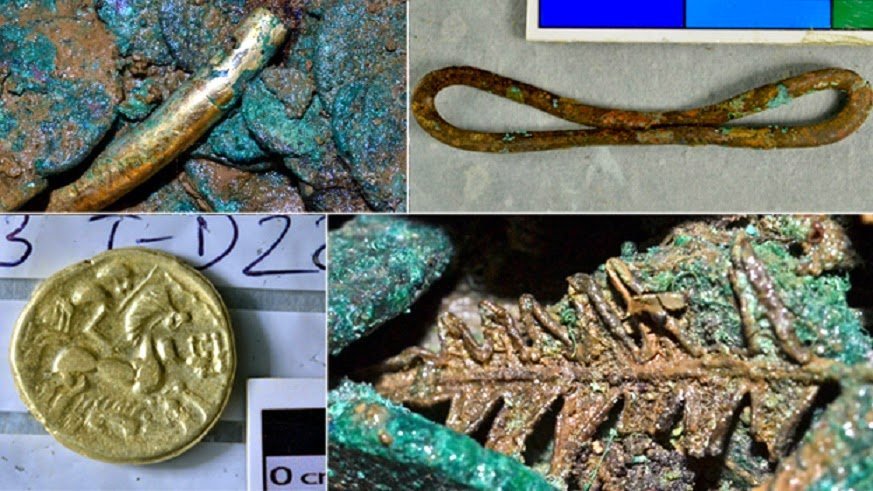 "When we began the disassembly of the hoard we didn't know how much jewellery it contained as we could only see a couple of pieces poking out,” says Mahrer, who first heard about the treasure when it was found by metal detectorists Richard Miles and Reg Mead in June 2012. 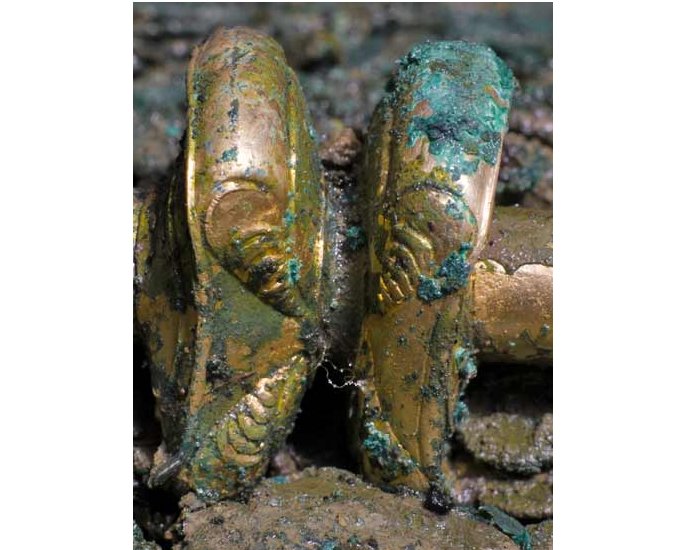 The Jersey Hoard is the world's largest collection of Celtic coins. © Jersey Heritage

“The hoard is too thick to x-ray so we literally found each piece one by one as we removed the coins atop and around them. We have revealed them all over a 12-month period, but we have left them in place until the whole layer was clear and we could laser scan them in situ before removing them.

“The laser scanner is incredibly accurate and it will enable us to incorporate the data from the jewellery into a bigger 3D computer model we are building.”

The British Museum has provided advice on the conservation. 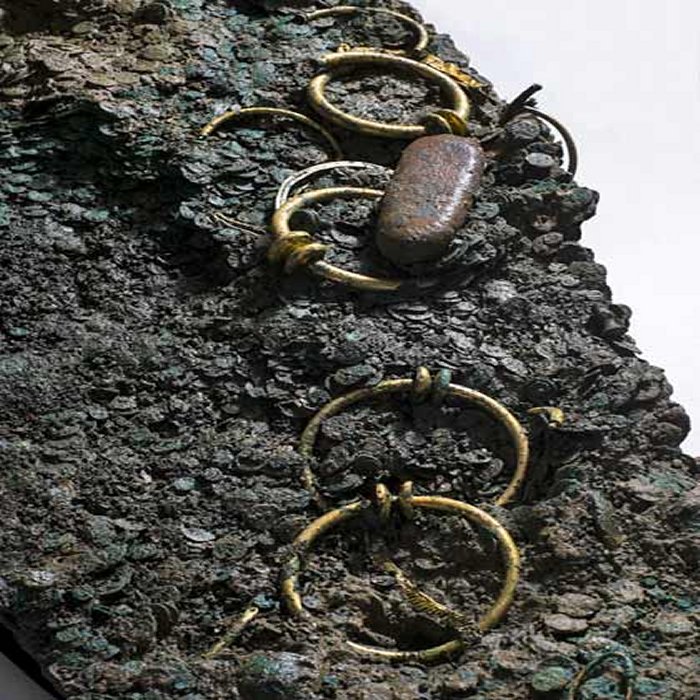 “They were the equivalent of royal jewellery to these people and would only have been worn by individuals of high status.

"The torques will be analysed for further clues about the lives of the Celts. As well as engravings on the jewellery, samples can be taken from their hollow cores to get organic material that might reveal more about what was going on at the time, why the hoard was buried and to study the materials used in their manufacture to identify where they came from, giving insights in to travel and trade." 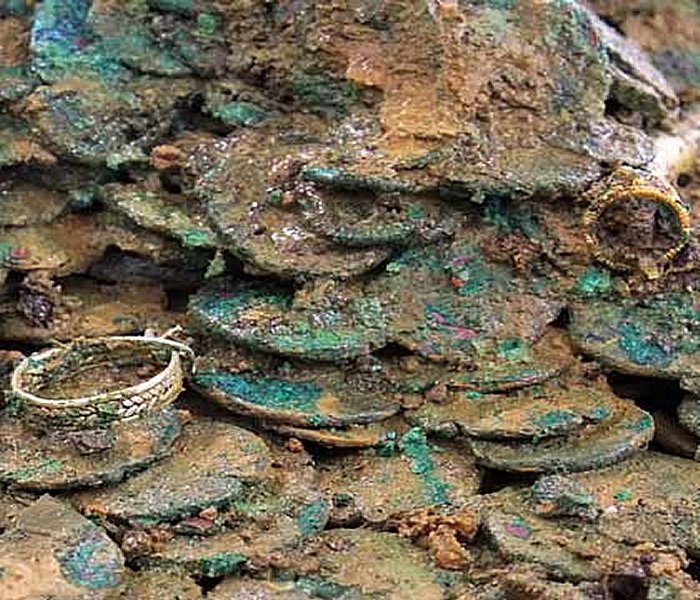 Although no timetable has been set, curators hope to display some of the pieces at Jersey Museum. A new exhibition on the coins, revealing the latest findings and material from the same period unearthed during other Channel Island excavations, will open at La Hougue Bie in Easter 2016.

“This is clearly one of the most exciting phases of the work Neil and his team of volunteers has been undertaking,” says Director Jon Carter.

“The Le Catillon II Hoard is immensely important to our understanding of what was happening in the Channel Islands at this time, as well as the wider European context."