AncientPages.com - An intact sarcophagus with two skeletons belonging to  a tall, middle-aged man and a young woman, decorated with gold and silver adornments has been unearthed by Serbian archaeologists at the site of the ancient Roman city of Viminacium.

A preliminary analysis of the stone sarcophagus showed that it was the burial site of two people that belonged to a higher social class, according to Miomir Korac, the director of the Archaeological Institute. 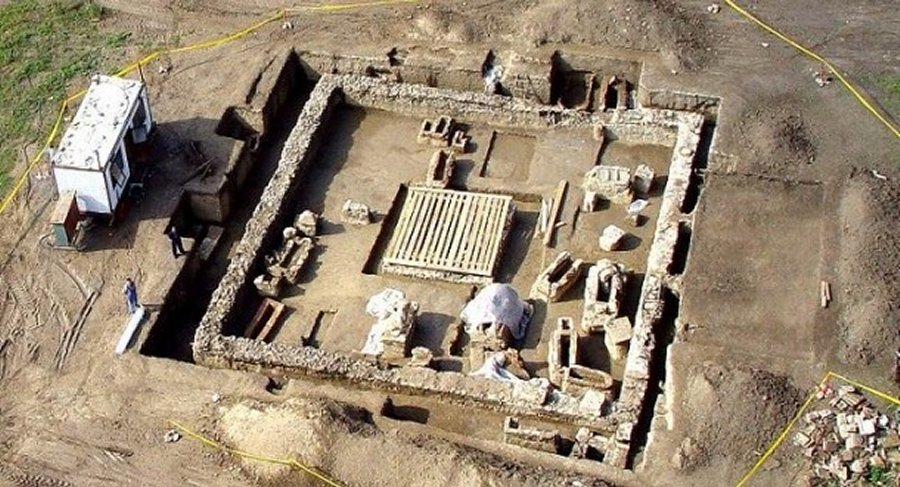 Further studies will provide more precise data on these individuals, and the material will also be subjected to DNA and other analyzes in order to gain a better understanding of this archaeological discovery.

The Viminacium site was a military camp and the capital of the Roman province of Moesia Superior, dating back to the 1st century AD. The site with interesting ruins and artifacts is located near the town of Kostolac, around 70 km east of Belgrade, Serbia 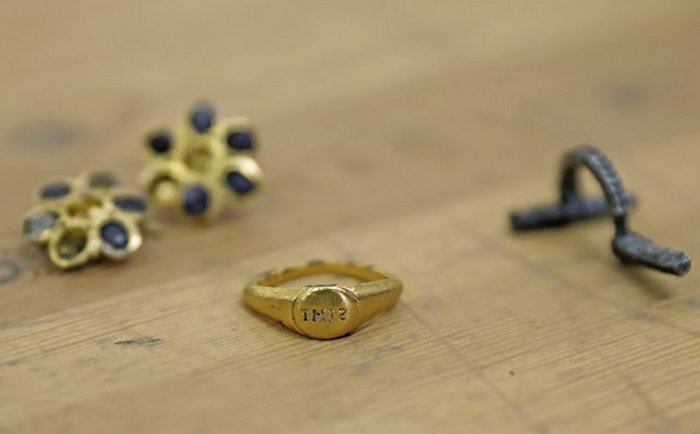 Items found inside a Roman-era sarcophagus are seen at an archaeological site in the remains of the ancient city of Viminacium, now Kostolac, Serbia, May 29, 2018. Reuters/Marko Djurica

"After the discovery of the mausoleum of the prominent inhabitants of this ancient city, in the same location, in the suburban zone, along the road that led east toward the fortress of Lederat, in the present-day Rama, a stone sarcophagus was discovered, specific in that it had not been looted in the past," Korac said.

"After lifting the lid with the aid of mechanization, it was discovered that it was a double funeral, and the attachments in the tomb surpassed all the expectations of the archaeologist." 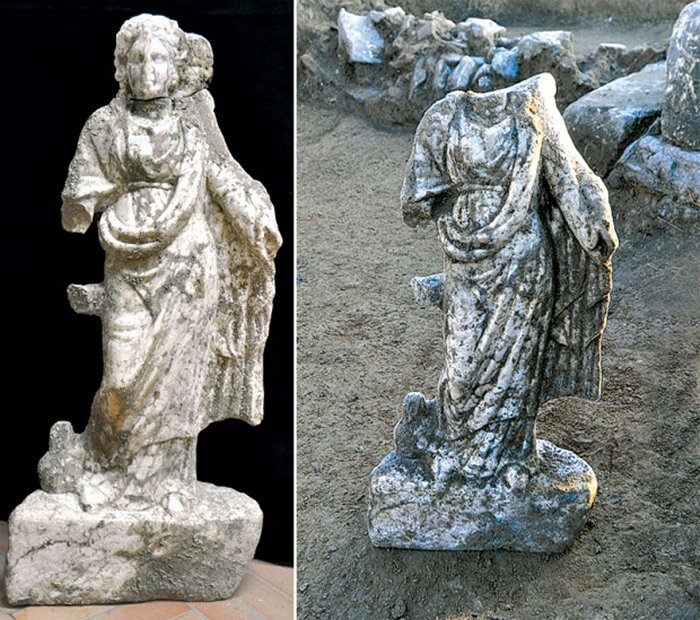 He added that it is only the second discovery of an intact sarcophagus in decades of research in the capital of the Upper Mezia Province. The sarcoiphagus is made of limestone, externally unbreakable and without inscriptions, with a lid in the form of a dual roof with acrobatics in corners, reports BTB.

Reuters  also writes about the discovery was commented by Ilija Mikic, an anthropologist said that archaeologists found three delicate glass perfume bottles and the woman was buried with golden earrings, a necklace, a silver mirror and several expensive hair pins. The man buried with her, wore a silver belt buckle and remains of shoes were found lying near him.

According to historians, it could have been the home to some 40,000 people. So far, only about 4 percent of it has been explored. 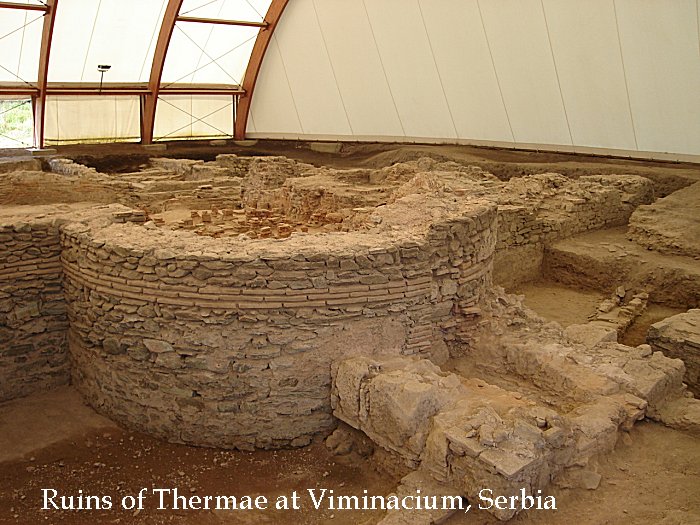 Viminacium is an archaeological site near the Old Kostolac, 12 kilometers from Pozarevac. The Roman military camp and city was built in I and lasted until the beginning of the VII century. It was one of the most important legion camps on the Danube, and for some time the capital of the Roman province of the Upper Mezia (Moesie Superior), which included most of Serbia, northern Macedonia and part of northwestern Bulgaria.

Under the reign of Hadrian, he gained the status of municipium, a city with a high degree of autonomy, which also implies an independent city administration. For the reign of Gordian the Third becomes colonies of Roman citizens and gets the right to forge local money. Within the framework of the Roman administration, it was the largest status one city could reach.

Here in 211, Septimius Sever declared the care of his son Caracas. Viminacium had tens of thousands of inhabitants, while the camp around which the city was built had as many as 6,000 soldiers.