AncientPages.com - An extraordinary theater-like structure from the Roman period confirming historical writings that describe a theater near the Temple Mount, has been unearthed about 8-meter (26 feet) below the surface of the Old City. 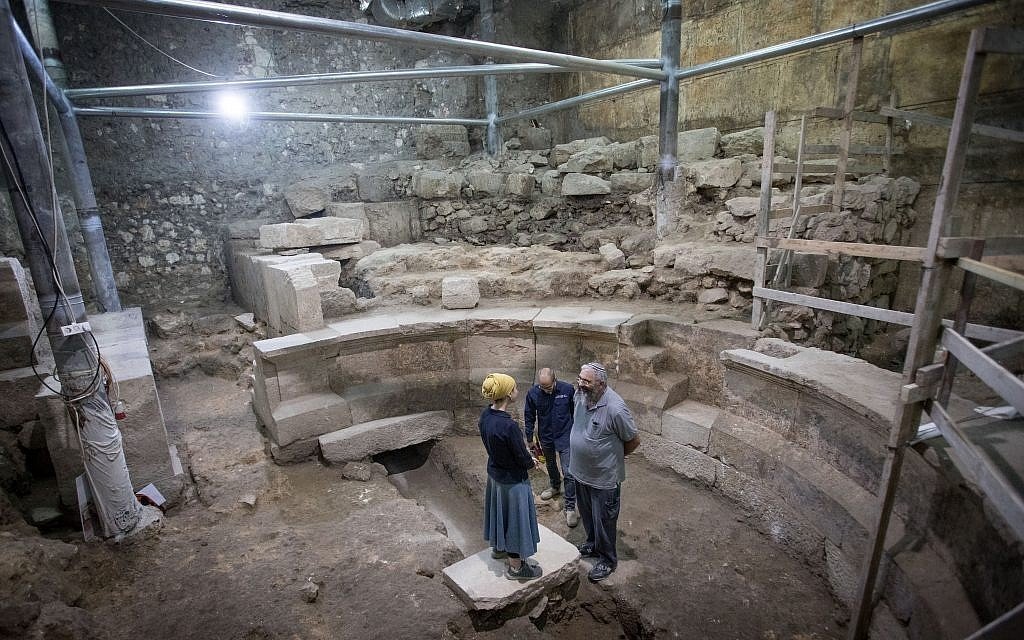 The structure was found during excavations conducted by the Israel Antiquities Authority archaeologists in the Western Wall Tunnels in Jerusalem. Also eight courses of stone wall have been exposed and these stone courses are completely preserved, are built of massive stones and are outstanding in the quality of their construction.

Nine 1,400-Year-Old Coins Belonging To Christian Pilgrims Found On The Highway To Jerusalem

“This is the first time that a theater-like structure has been exposed in Jerusalem, so it’s extremely exciting,” said Israel Antiquities Authority archaeologist Joe Uziel. The theater and the area around the arch were covered with dirt and debris after an earthquake around A.D. 360. 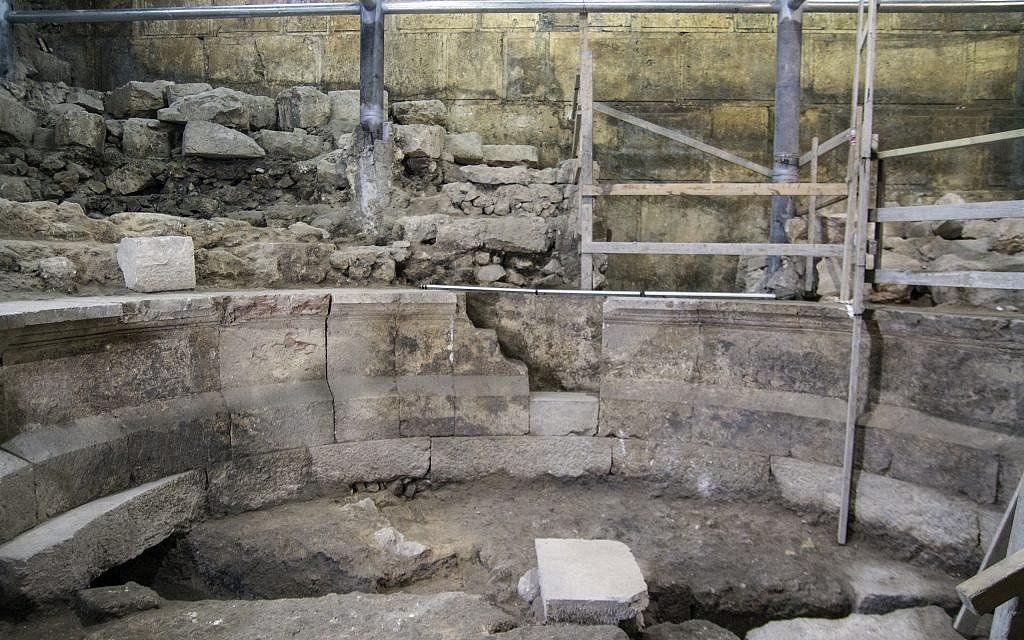 The 200-seat carved stone structure was found underneath a passageway leading to the raised esplanade where an ancient Jewish temple stood until it was constructed by the Romans after a rebellion dated to 70 AD.

Unlike larger, open-air Roman auditoriums, the amphitheatre was likely meant to be an odeon, for musical performances, or a city council meeting hall known as a bouleuterion, the Israel Antiquites Authority said.

The design was also likely to have been in use during Jesus’ time, according to archaeologists.

The Western Wall, one of Judaism’s holiest sites, is a remnant of the compound of the Second Temple that was destroyed nearly 2,000 years ago.

This is an extraordinary discovery and as excavators Dr. Joe Uziel, Tehillah Lieberman and Dr. Avi Solomon said in a statement on the finds, "when we started excavating, our goal was to date Wilson’s Arch. We did not imagine that a window would open for us onto the mystery of Jerusalem’s lost theater."