AncientPages.com - Historians and archaeologists have discussed the alignment of Egyptian pyramids for decades.

The Great Pyramid is nearly perfectly aligned along the cardinal points—north, south, east and west—with “an accuracy of better than four minutes of arc, or one-fifteenth of one degree.” The Pyramid of Khafre, also located at Giza, and the Red Pyramid at Dahshur are also aligned with a high degree of accuracy.

Over the years, experts have proposed several theories attempting to explain how the ancient Egyptians built the pyramids. It has been suggested that the builders used constellations to align the pyramids. Others have proposed the Egyptian pyramids are aligned with the Sun. The truth is that we still do not know what our ancestors were thinking were they raised the pyramids. 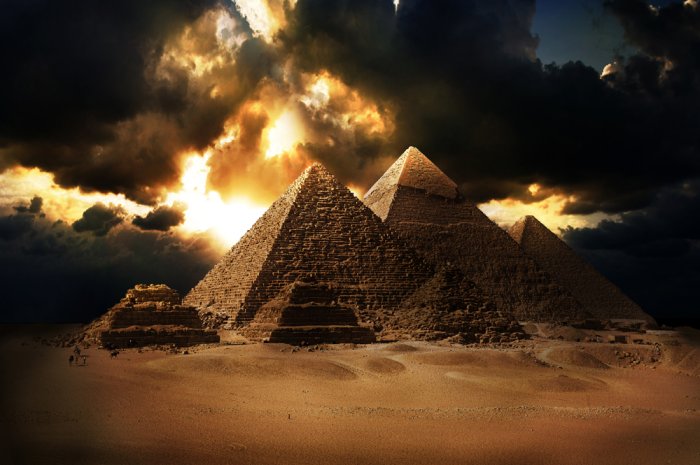 Engineer Glen Dash who has worked at archaeological sites in Egypt, Greece, Cyprus and the United States has now put forward a new theory explaining the alignment of the Egyptian pyramids. His theory, published in the Journal of Ancient Egyptian Architecture reflects Occam’s Razor approach – simplicity is the solution to this great problem.
Dash suggests that ancient Egyptians used the Sun to align the pyramids, but specifically on the day of the fall equinox.
The length of day and night are equal on the fall equinox, which is one of two annual equinoxes when the sun sits directly above the equator. 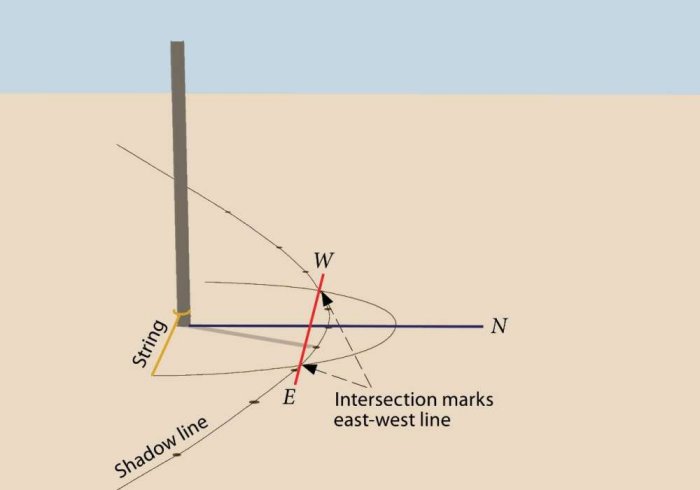 Diagram of how a gnomon works. Wilma Wetterstrom of Ancient Egypt Research Associates

“It produces results that match the actual alignments of the largest pyramids of the pyramid age in magnitude and direction,” Dash wrote in his paper. “It is also the ‘Occam’s razor’ candidate. It is hard to imagine a method that could be simpler either conceptually or in practice.”
With help of a gnomon, an ancient time measuring instrument used by Babylonians, Egyptians and Chinese, Dash performed an experiment at his home in Pomfret, Connecticut.

On September 22, 2016, the day of the fall equinox, he tracked the position of the gnomon’s shadow, producing a line with a small margin of error.

If you mark the tip of the pole’s shadow as it moves across the sand during the day, the marks should create a line that points perfectly east and west. To minimize error, it’s best to have an extremely tall gnomon. Then, you can align the corners of your pyramid to match the line in the sand. There is no evidence ancient Egyptians used this method, but Dash thinks the pole method is the simplest.

Secrets Of Cheops’ Pyramid: Does The Newly Found Chamber Contain An Iron Throne?

Dash proposes an intriguing theory, but it’s important to keep in mind that only three pyramids show this orientation, and there is no known reason that such an orientation would be optimal for a structure.