AncientPages.com - Ancient Romans loved boxing. The sport kept their soldiers fit and it was good entertainment the public enjoyed watching.

There are many boxing scenes depicted on Roman wall paintings, mosaics and sculptures.

While excavating near the stone fort of Vindolanda, south of Hadrian’s Wall near Hexham, Northumberland, archaeologists found a unique pair of ancient Roman boxing gloves. 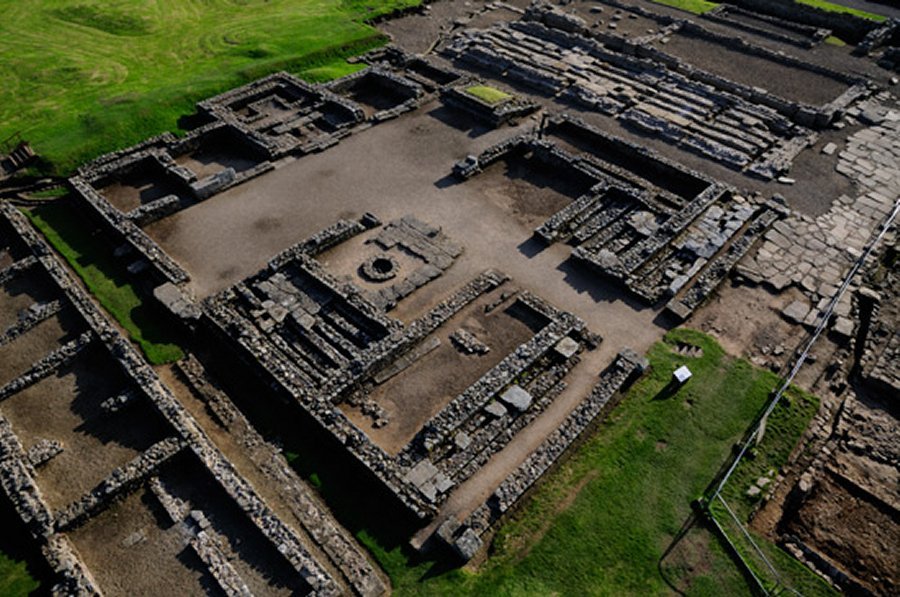 The fort was originally constructed in turf and timber before Hadrian's Wall was built around 122 AD, and was repaired and rebuilt several times. Credits: Vindolanda Charitable Trust

The boxing gloves date from around 120 A.D. and they were made of solid material and a protective guard designed to fit snugly over the knuckles.

“The hairs stand up on the back of your neck when you realize that you have discovered something as astonishing as these boxing gloves,” Dr Andrew Birley, the Vindolanda Trust’s director of excavations said. 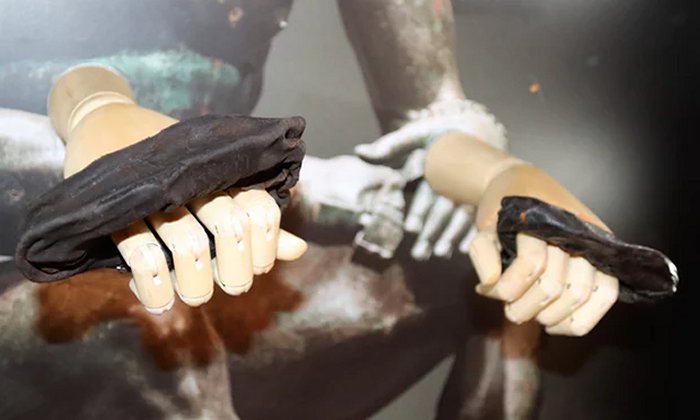 The gloves resemble leather padded bands rather than the full-hand versions used in modern boxing. Photograph: The Vindolanda Trust

The fort of Vindolanda, one of the earliest Roman garrisons, built by the Roman army in England, is one of Europe’s most important Roman archeological sites.

It guarded the Stanegate, the Roman road from the River Tyne to the Solway Firth, and was situated behind Hadrian’s Wall, near the modern village of Bardon Mill in Northumberland, England.

Archaeologists stumbled across the site by chance and were taken aback by extraordinary military and personal possessions left behind by the men and their families some 2,000 years ago. Other finds include complete swords, which are exceptionally rare, even across the north-west provinces of the Roman empire. 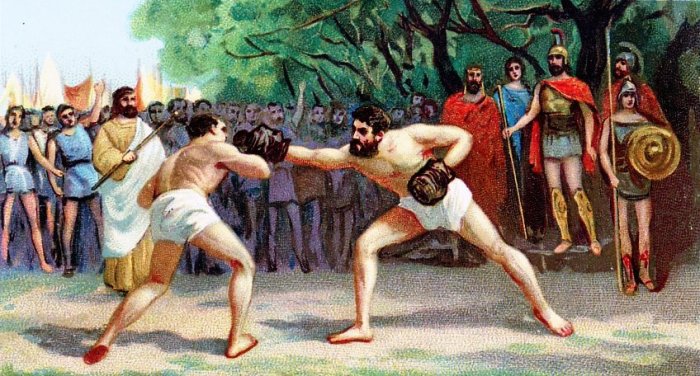 Painting depicting the famous boxing contest between Entellus and Dares, as described in Virgil's epic poem, The Aeneid, written sometime between 29 and 19 BCE. The older Sicilian champion Entellus went on to win the fight against his younger opponent from Troy, which is said to have taken place in games held by Aeneas in Sicily. Painting date: 1927

“To the best of our knowledge, no examples have ever been found in the Roman empire.

It’s always tremendously exciting when you find something that you know about through other sources – depictions on wall paintings, vases … but to see the real thing is something quite unique. You learn so much more … For example, the larger of the gloves has been repaired. The owner has really wanted to keep this thing going, so he’s done his utmost to repair it and patch it. It’s that human touch that you get through the real object,” Patricia Birley, the trust’s former director who has researched the gloves, said.