AncientPages.com - The first genetic map of the people of Ireland has been presented by a team of Irish, British and American researchers who analyzed data from 194 Irish folks with 4 generations of ancestry across the island.

DNA samples from 196 Irish individuals with four generations of ancestry linked to specific areas across the island of Ireland, have been collected by researchers led by RCSI (Royal College of Surgeons in Ireland) and the Genealogical Society of Ireland. 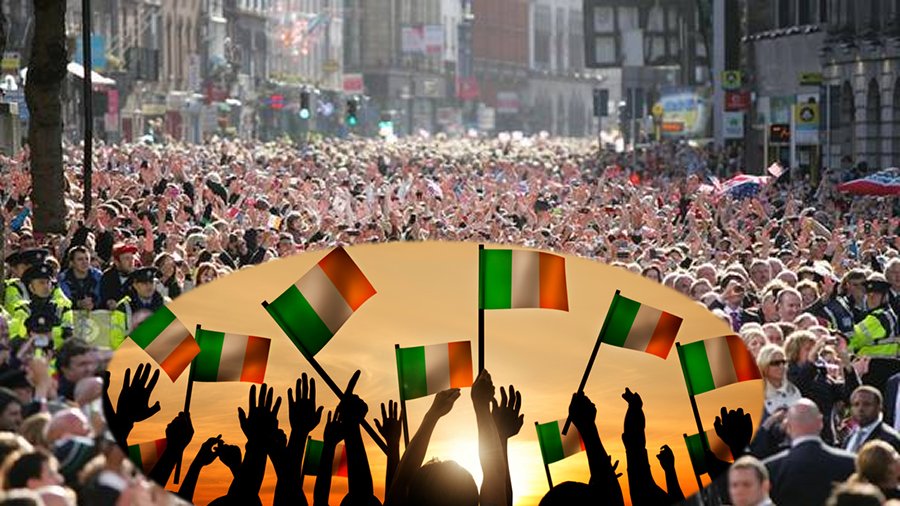 Researchers have identified 10 distinct groupings (clusters), roughly aligned with the ancient Provinces; seven linked to ancient Irish kingdoms and three of shared British-Irish ancestry, as well as the impact of such important historical events as the invasions of the Vikings and the Ulster Plantations.

The places of the 10 clusters recognized within the Irish inhabitants perceived to mirror both the borders of the 4 Irish provinces – Ulster, Leinster, Munster and Connacht – or historic kingdoms.

Interestingly, the Vikings had a better affect at the Irish gene pool than up to now anticipated. 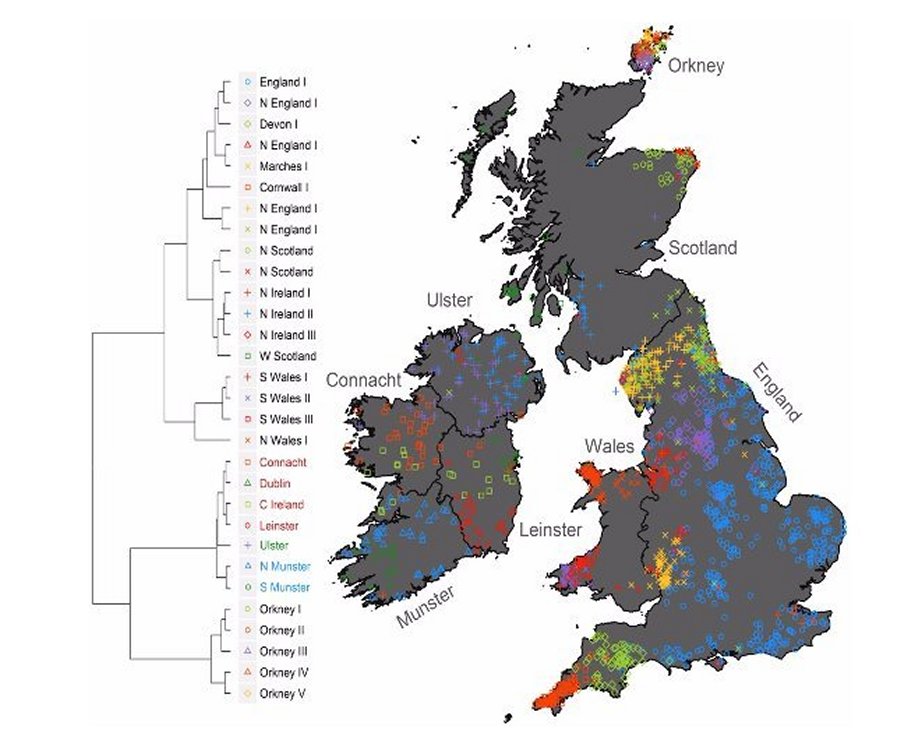 The clustering of individuals with Irish and British ancestry based solely on genetics. Shown are 30 clusters identified by fineStructure from 2,103 Irish and British individuals. Credits: RCSI (Royal College of Surgeons in Ireland) and the Genealogical Society of Ireland

“… We find evidence of a west-Norwegian-like ancestry that we believe is a signature of the Norse Vikings. We also observe the impact of historical events such as the Ulster Plantations on the DNA of the people of Ireland,” Edmund Gilbert (RCSI), first author on the paper, said.

Analyses of the DNA reveal geographic clusters within Ireland: so far seven of ‘Gaelic’ Irish ancestry, and three of shared British-Irish ancestry.

The map reveals very subtle genetic DNA differences between people across the island.

“People frequently display a strong sense of regional identity, and it now appears there may be a scientific basis for it,” Prof Gianpiero Cavalleri from the Royal College of Surgeons in Ireland said.

However, “it does not mean someone from Munster is dramatically different to someone from Donegal in looks or traits.”

The findings will add to the knowledge base required to improve the diagnosis of diseases where genes play a strong role, particularly for populations of Irish ancestry, according to Prof Cavalleri.

The findings are revealed within the magazine Scientific Reports.