Ellen Lloyd - AncientPages.com - On April 23, people in Ireland celebrate Brian Boru, one of their greatest heroes who became famous for chasing off the Vikings.

Brian Boru was an Irish Christian king who died on Good Friday at the Battle of Clontarf. He dreamt of a free, united Ireland and his greatest goal was to get rid of the invading Vikings. So, he decided to what no one dared before – namely to force the Vikings to leave Ireland once and for all.

The battle took place on 23 April 1014 at Clontarf, near Dublin and it was a deceive moment in the history of Ireland. Just like many other freedom fighters, Brian Boru paid the highest price for the nation’s liberty.

Who Was Brian Boru?

Born Brian Mac Cennétig in the province of Munster around 941 AD, Brian was the youngest of 12 brothers, all but two of whom would be killed in battle. 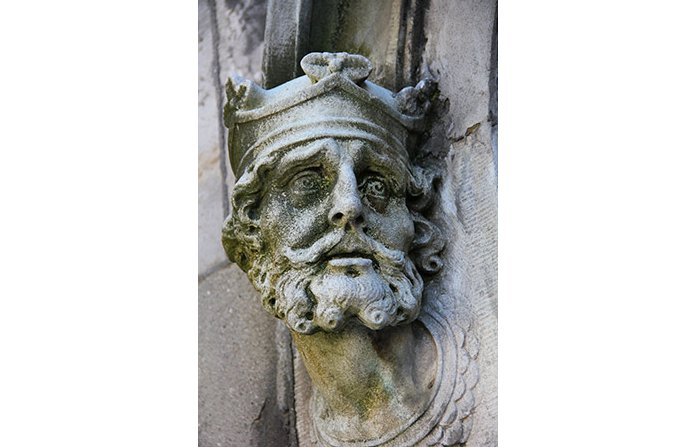 In 951, Brian Boru’s brother Mahon became King of Munster Together they fought against the invading Norsemen, who had imposed taxes in Munster. This struggle eventually led to the murder of Mahon in 975 by the Ostermen (Norse). Brian avenged his brother's death by killing King Ímar, the ruler of the Ostermen of Limerick.

In 997 Boru made an alliance with the reigning Irish high king, Mael Sechnaill (or Malachy) of Meath. Mael dominated the north of Ireland and Brian the south. Boru and Malachy were rivals, despite the alliance. In 1002, Boru defeated the Ui Neill or O’Neill dynasty, which had ruled Ireland for generations. Malachy was Later the same year, for reasons unknown, most likely as a result of isolation, Mael surrendered the high kingship to Brian who thus became High King.

One of the greatest problems in Ireland during these times was to cope with the Viking invasion.

Vikings were first spotted off the coast of Ireland in AD 792. In the 9th century, the Vikings invaded the region around Dublin and established the Norse Kingdom of Dublin. They founded a new town on the south bank of the Liffey that was called Dubh Linn, which means black pool. Other Viking settlements included Waterford, Wexford, Cork, and Limerick, while bands of Norse warriors frequently took service with rival Irish kings as mercenaries. 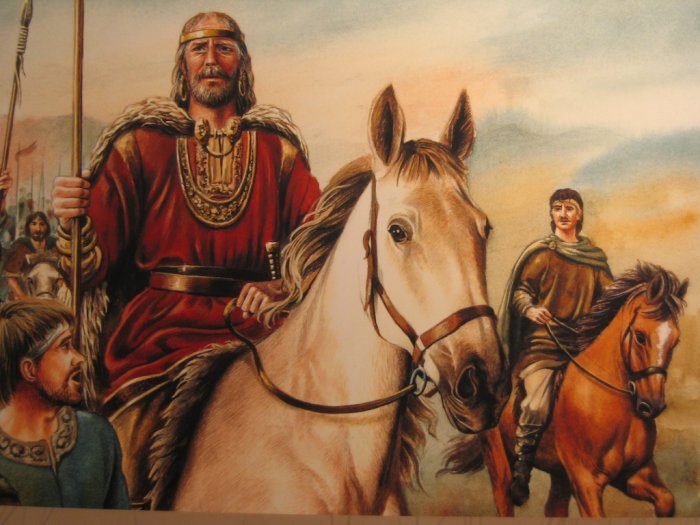 The Viking invasion made ordinary life troublesome. Not only were the Irishmen treated badly in their own country, but the Vikings also demanded high taxes from the Irishmen which led to frequent and brutal clashes between natives and invaders.

Living in close proximity, the Irish warriors and Vikings fought constantly, with tribal factions joining one side or the other as circumstances dictated.  From such violent relations, blood feuds developed over the generations.  Many Irish boys were adopted by Norse settlers and became vicious fighters known to the Irish as the Gall-Gael, or “Sons of Death.” 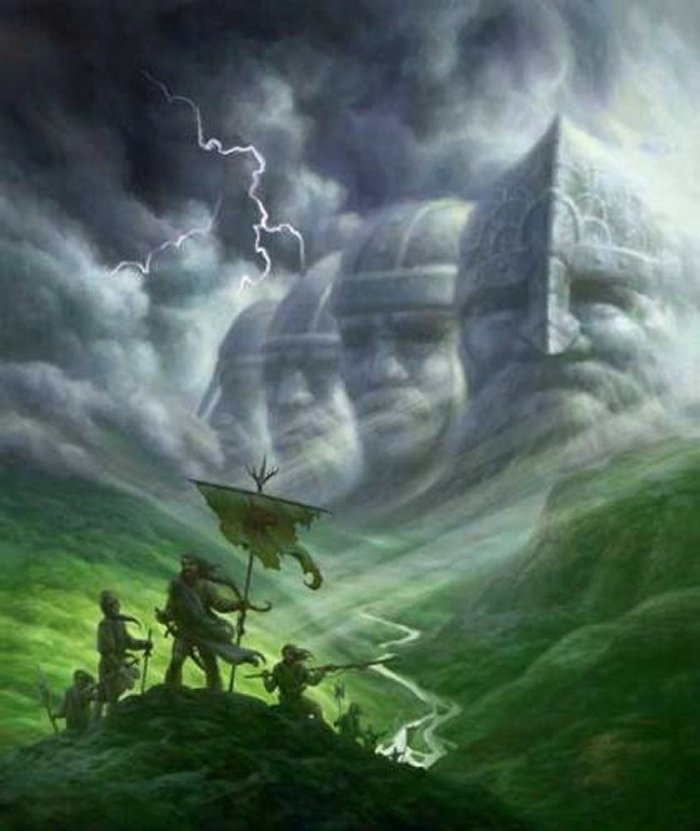 At the same time, several Irish kings fought against each other and there was chaos in the country. Five regions, Meath, Leinster, Munster, Connacht, and Ulster were controlled by one of five powerful clans. Each region had a king but he was forced to share his power with another clan leader, chiefs, and minor kings.

The population of Ireland was only 500,000 at the time and there were about 30 local kings who battled each other incessantly. A peace treaty lasted often just a few days. 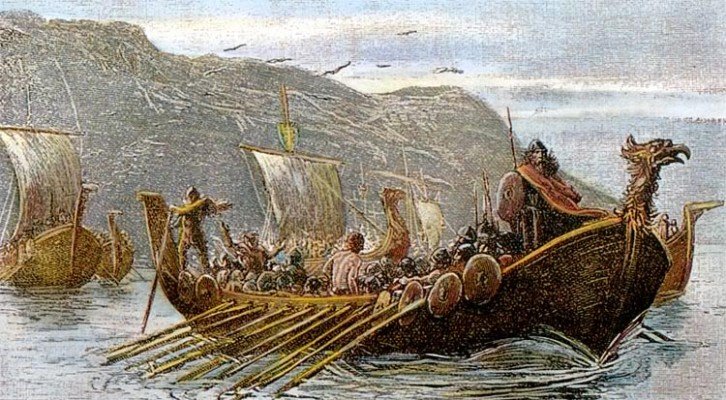 The sight of a Viking longship made people terrified.

Vikings took naturally advantage of the chaotic situation and the nation’s disputes. It made the Viking invasion of Ireland much easier and many kings in the country even supported the fearsome Norsemen.

Brian Boru was definitely not one of them. He wanted Ireland to belong to the Irishmen.  However, in 1013 he did try to have a peaceful relationship with the Vikings, but it all ended when Boru’s son Marduch and the Viking king of Leinster, Mael Morda had an argument when playing Hnefatafl, a Viking board game similar to chess. Boru tried to resolve the issue but in vain. The Vikings and Irishmen were enemies once again.

Boru was religious and deeply saddened by the Vikings’ devastation of holy places. He earned his name as 'Brian of the Tributes' (Brian Boru) by collecting tributes from the minor rulers of Ireland and used the money raised to restore monasteries and libraries that had been destroyed during the invasions.

The Irish High King Brian Boru wanted to unite his people, but his enemies - including the Viking Brodir of Man - stopped him at Clontarf in 1014.

The Viking forces grew stronger and stronger. Mighty Viking leaders united to end the rule of Brian Boru. The Vikings had fooled Irish High King Brian Boru into thinking they had deserted their allies at the fortress of Dublin.

In reality, the Vikings had simply sailed out of sight. They deliberately returned in the darkness in hopes of catching the Irish unprepared for the enemy’s reappearance the next morning.

The Vikings also knew that Brian who was deeply religious would be loath to do battle on such a holy day as April 23, 1014, Good Friday.

The night before the battle, the Vikings were informed that  Sigurd, the Viking Earl of the Orkney Isles had brought a sacred raven banner, woven by his mother, which had the magical properties of ensuring victory for the army if carried before it. Unfortunately, it also promised death to its bearers.  He tried to downplay that part of the prophecy, but of course, he had a difficult time finding volunteers to bear his mother’s banner the next morning. 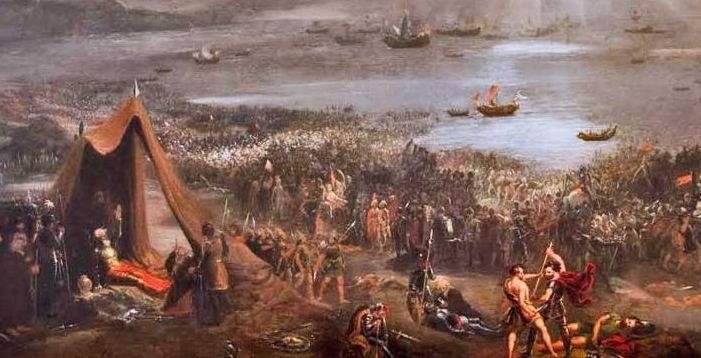 Painting of the Battle of Clontarf by Hugh Frazer in 1826

Just as planned, on April 23, 1014, Brian Boru was attacked by an alliance of Leinstermen and Norsemen from Dublin under Sitric Silkbeard, who brought in Norse warriors from the Hebrides and the Isle of Man. There were Irishmen and Norsemen on both sides and it was a ferocious struggle, said to have lasted all day. Brian Boru was 72 years and too old to fight, but his son Marduch managed to kill the Viking king of Leinster, Mael Morda, and Sigurd, the Viking Earl of the Orkney Isles. Marduch was soon thereafter brutally slaughtered by the Vikings.

Decebalus – The Brave One’ – Last Mighty King Of Dacian People

The Vikings were famous for being outstanding and very brave warriors and they were by no means easy to defeat, but the Irishmen fought with remarkable courage and the Norsemen soon knew they were defeated. The Vikings fled to their longships, but several hundred Viking warriors drowned.

When the Viking warrior Brodir of the Isle of Man fled with his men through the woods, they spotted a tent. Brodir looked inside and could hardly believe his eyes when he saw Boru lying on his knees and praying. Without hesitation, Brodir decapitated Brian with one blow. The High King died instantly. Brodir was captured and killed by the Irishmen. Brian’s body was taken to Armagh and buried there in St Patrick’s cathedral.

The Vikings were defeated and lost interest in Ireland. Instead, they focused on Scotland and England. 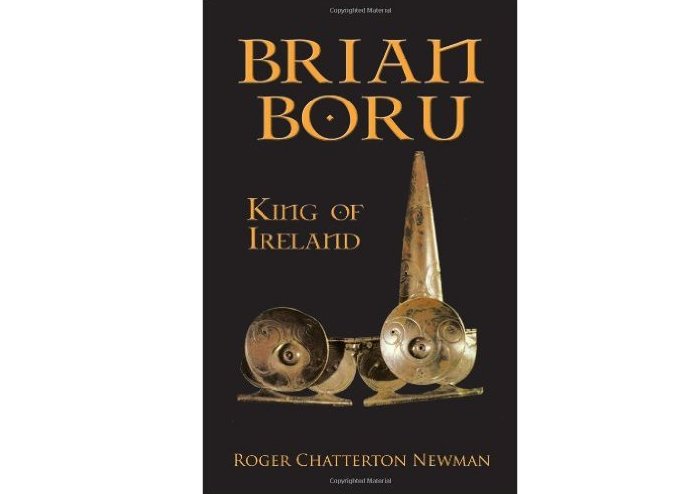 Brian Boru is a half-mythical Viking era figure chiefly remembered as the man 'who drove the Danes from Ireland', and who died at the Battle of Clontarf on Good Friday 1014. But there was far more to his life than that. The youngest son of an obscure king from Thomond, he came closer than any other Irishman before him or after him to uniting Ireland. He tamed the Danes of Limerick and the Norsemen of Dublin, overthrew the six-century monopoly of the Uí Néill on the high throne of Ireland and became one of the few high kings to invest that throne with any real authority. Read more

The Battle of Clontarf was costly. Losses to both sides were incredibly high.  Out of a total of between 7,000 and 8,000 combatants, the estimated allied loss was more than 6,000, including almost all the leaders.  Irish losses were at least 1,600, and perhaps as high as 4,000, including their king, Brian Boru.  It became one of the bloodiest battles in Irish history.

Brian Boru’s dream of a united Ireland did not become reality at the time, but his goal to force Vikings to leave Ireland was successful.

Brian Boru remains a figure of major importance today and he is celebrated on April 23 every year.