Conny Waters - AncientPages.com - Istrian archaeologists have excavated an ancient wooden boat dating back two thousand years from under the Poreč waterfront, located on the western coast of the Istrian peninsula, in Istria County, Croatia. 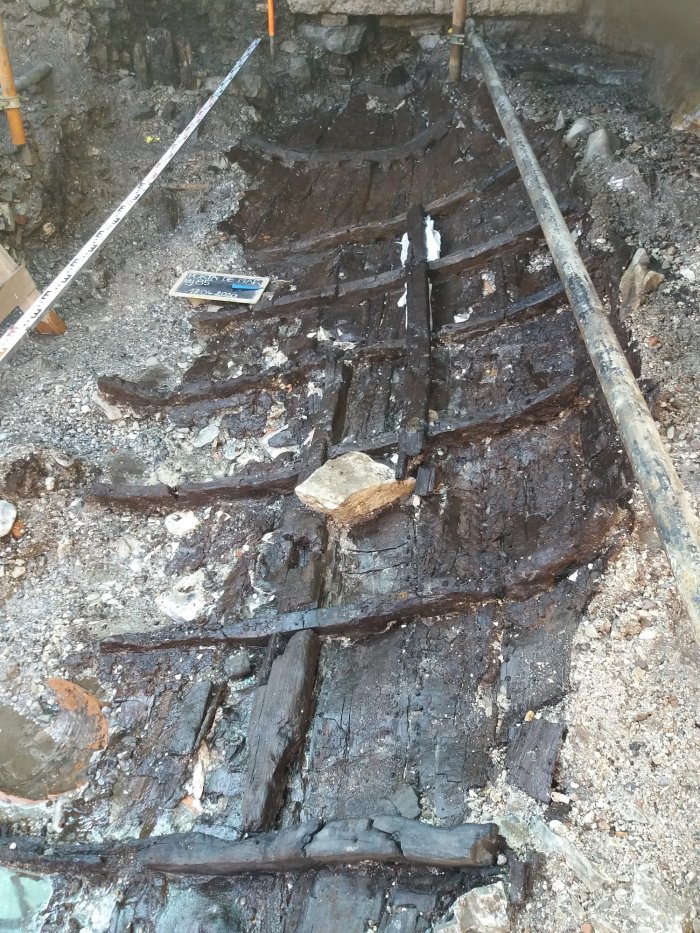 The ancient wooden boat was found at the very end of the Porec waterfront at the Porta de mar site, on the western coast of the Istrian Peninsula. Image credit: Grad Porec

The discovered boat is five meters (16 feet) long, although it is believed it was even a bit longer, writes  Croatia Week.

The archaeological finding, the biggest in the last 30 years, is significant because the boat is well preserved and has many elements that are very rarely seen.

It is 1.70 meters wide and had a sail; it was found well preserved because it was at a certain depth in the soil and could not be penetrated by oxygen. Certainly, a significant role in its conservation was played by the sludge with which it was covered. 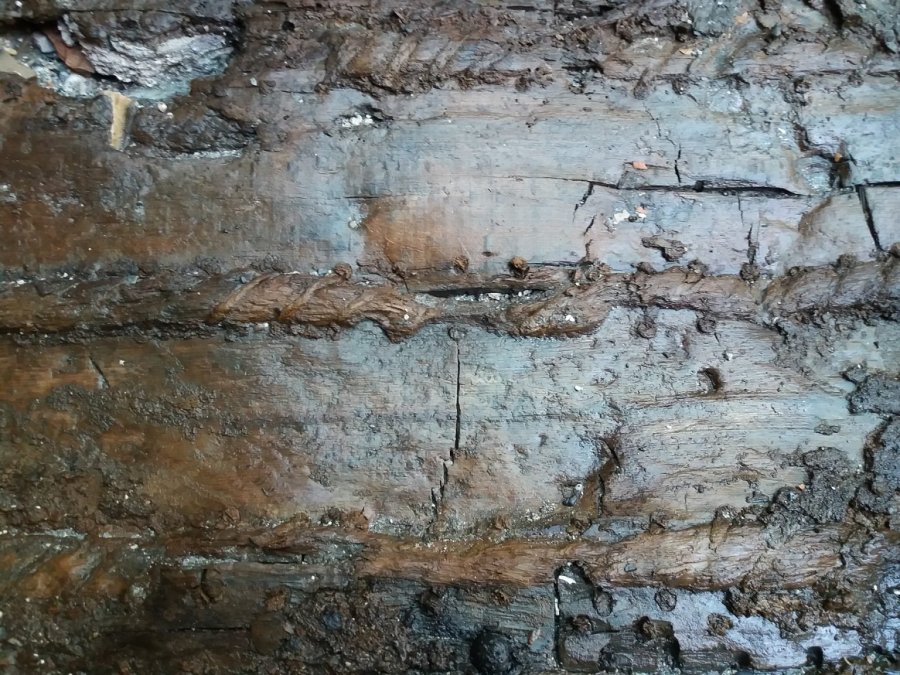 The sewing technique is such that we have ropes that are tied with rope and sewn through holes that insert wooden nails called spots. Image credit: Grad Poreč

The ancient wooden boat was found at the very end of the Poreč waterfront at the Porta de mar site, on the western coast of the Istrian Peninsula. This is the third such boat found on the mainland in Istria and the first in Poreč. The other two were found in Pula. The boat was made by a sewing technique, which was characteristic of the northern Adriatic area, archaeologists said.

“It is a Roman sewn ship from the 1st century AD. The technique of sewing the ship is known from earlier periods, from the time of Histra. 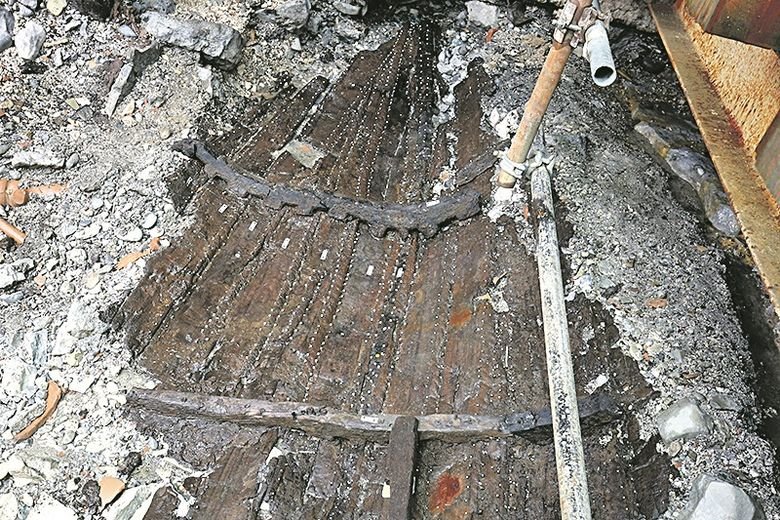 "One of the oldest boats of this type was found at the site of Zambratija near Umag. This specimen from Poreč is one of three boats found on land that are not part of an underwater archaeological survey,” Bartolić Sirotić, an archaeologist from the Regional Museum of Poreč, told Jutarnji list.

“This finding is significant because it is well preserved and has many elements that are very rarely seen. These are primarily the formwork, ribs, and keel. In years, it will be possible to make a preliminary reconstruction of the vessel.”

“All this preserved it and the wood was not destroyed. We are now conducting research. Every stitch that is made is recorded. The sewing technique is such that we have ropes that are tied with rope and sewn through holes that insert wooden nails called spots. And after that, the ribs, which are connected with this plate by the big wooden nails, are put on,” Bartolić Sirotić adds.

The archaeologist points out that the very context of the findings is very interesting because Poreč was once an ancient colony. Excavations also show what the waterfront of Poreč once looked like. It was more recessed and lower than the present. The boat was found at an ancient pier, according to researchers.